He was only six or seven years old when his father bought him his first camera. He was so enamoured by the idea of capturing people and places that Bivas Bhattacharjee slowly started getting serious about his craft. However, he gives credit to his graduation days at the University College Falmouth, UK where he “learnt how varied the language of the medium can be and its interpretation.” Since then, the Kolkata-based photographer has created visually appealing series that vividly capture the sights, sounds and people of his city. In his ongoing solo show, “Velocity of darkness” which is displayed at IIC until August 24, Bivas has captured the “invisible” people of Kolkata. In a candid talk he takes us through his artistic trajectory. The show is curated by Ina Puri. 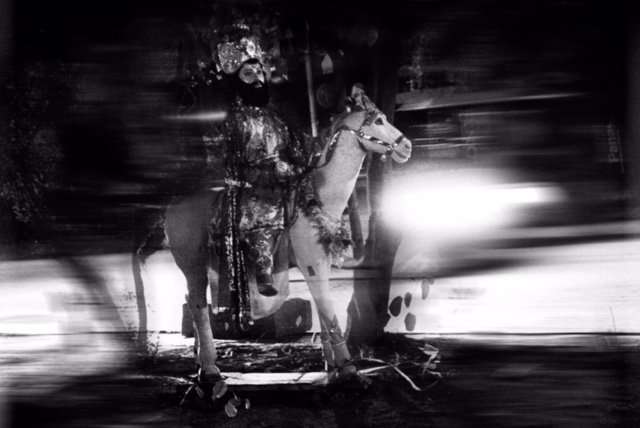 I have been born and brought up in Kolkata. My father the surrealist Bikash Bhattacharjee saw and represented the people of Kolkata who were “invisible”. He saw the human behind the multitude and told their stories. However, his narrative was not limited to the personal stories, but the underlying socio-economic-political situation of the city was amply represented in his work. It is from here somewhere in the subconscious the language to see the city in this light came about.
As I grew older, I did not see “The City of Joy”, though don’t get me wrong the city does have a fabulous heritage of culture, and heart, but the turmoil of a city whose history is so textured that it can leave scars. And, with time, the humane can get relegated to the background and a maddening mode to survive kicks in. It is this attitude that somewhere bothers me. I wished to tell this aspect of the city which is generally not captured by many photographers, who work on Kolkata. 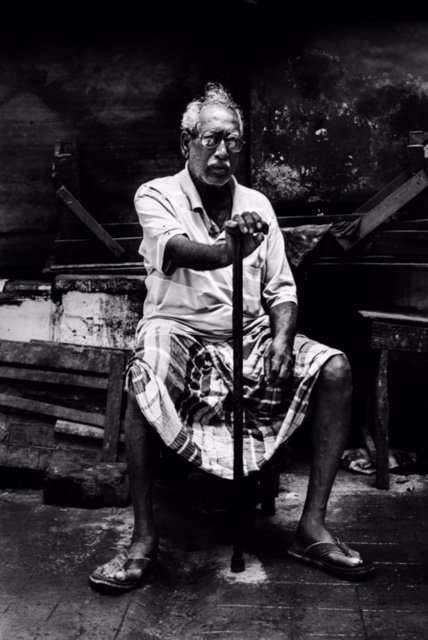 For this project I felt that composition and other structures like sharpness and aesthetic tone was not important rather I wanted to convey the mood of what I was capturing. The subjects of my work are all people who make up the mass of the city, they are important but in the grander scheme they are almost a number that makes up a multitude. Their stories are of uncertainty and chaos, and hence, the normalcy of life skewed, with goals of life “strange”. This is what I wished to capture through my work.

All my work is personal. I have always been attracted by the surreal or the abstract. Previously there was an escape into the grander nature through my works such a ‘Leaving Behind my House’, a metaphysical thirst to delve into the macroscopic. However, from that macroscopic the microscopic world that revolves around I could not ignore and it kept bothering me, and from this, the work has progressed into its current state where the reflections on the other individuals that surround me also tells something about myself as well. This is what is attracting me further in the future. 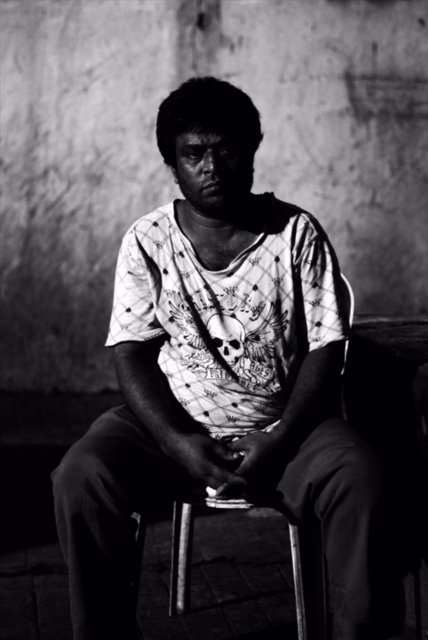 I believe this view on photography is relevant as the problems of this part of the world are of this nature somewhat. But of course it is not that simple and other aspects to this section of this world do exist and they need attention, focus and representation. However, I do not wish to be literal and document concerns. My work is more personal, it is a personal reflection on what I see. It is my attempt at sort of writing poetry through photography It does have it socio-economic-political situational context but generally it is more personal, a reflective take on the state of the city.

Generally, photography in our country has been documentary, editorial and street photography. I believe the relationship between the common man on the streets and photography has been either through the press or through personal family photographs. Very few have seen it as an art form, barring decorative photographs.
Also, there is still I believe a lack of awareness as to how much work can go into creating a photography project when people feel you can get an image so easily through clicking a button. Whilst the common belief is other art forms require serious “skill” and “craftsmanship”.I also see that Indian art has its history in the folk or craft. Hence, that aesthetic is still hugely appealing, whereas photography is a language which is unfamiliar and sometimes indecipherable. Altogether I feel photography as an art form is still under-appreciated, and its proliferation extremely niche.

My next plan is to finish designing the book on this project and hopefully get it to publication, also if possible take this show to other cities or abroad. I am also working on another new project on Kolkata in colour. It is a project based on the hidden aspects of a city. I have just started and it will again take a couple of years to complete. 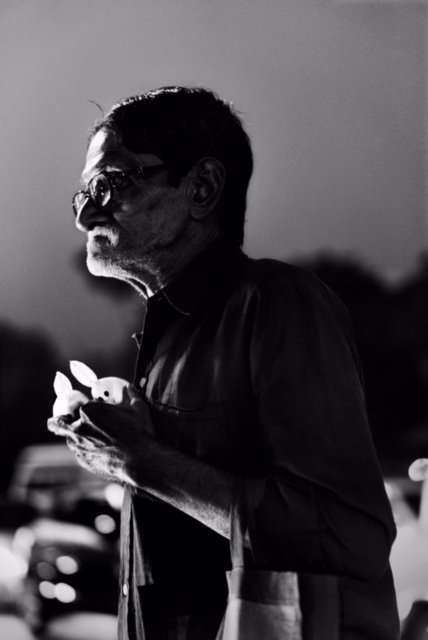