On the occasion of Agatha Christie’s birth anniversary (15 September), Akshara Theatre and Harper Collins India gave Delhi’s theatre lovers a special treat. Based on Christie’s latest novel The Mystery of Three Quarters by Sophie Hannah, founder of Akshara Theatre, Jalabala Vaidya, adapted and directed a dramatised reading of the whodunnit. The play- cum-reading style of performance was followed by the launch of The Mystery of Three Quarters. 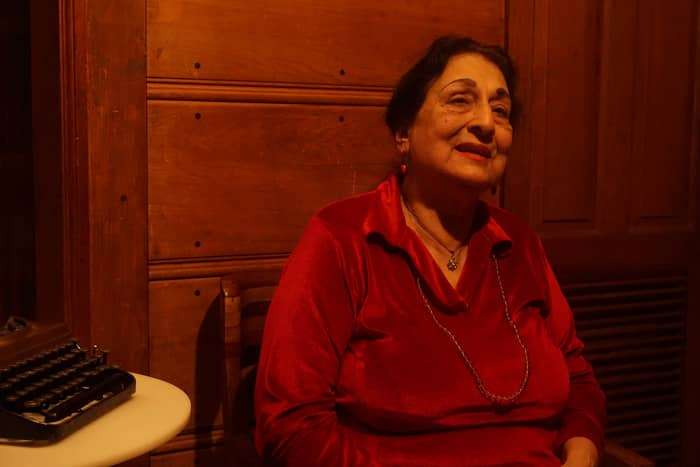 British writer Sophie Hannah carries forward the tradition of Agatha Christie’s beloved Belgian detective, Hercule Poirot, played here
remarkably by Sunit Tandon. One day when Poirot returns home after lunch he finds an angry woman outside his front door. She has just received a letter with his signature on it accusing her of murdering Barnabas Pandy, a man she has neither heard of nor ever met. Poirot reveals that he has also never heard of Barnabas Pandy, and has accused no one of murder. Soon he finds out that four letters had been sent in his name to four different people. He wonders who sent them and why, but more importantly, who is Barnabas Pandy? Side by side there is the mystery of the plagiarism of the Church Window Cake. A cast of typically Agatha Christie-ish characters make up this delightful play-cum-reading.
In a dramatized reading the actors do not learn their lines by heart but rather they read them out from their textbooks. Under the director’s vision the actors of Akshara Theatre Repertory added a bit of stylisation to their characters. They were in full costumes and there was proper set design, with lights on the stage. However, in a book reading event audience gets to know only a few passages from the entire book.
So, this dramatised reading was a bit more than just that. Jalabala Vaidya also tried to present before the audience a complete scenography of the plot line without giving away the killer. The play-cum-reading opens with an image of a bloody bathtub symbolizing murder. Then the action moves to a café/bakery where Poirot orders the Church Window Cake. During his investigation he meets exciting characters who when interrogated by the intelligent detective give nothing away of the mystery. The audience is able to follow him on his pursuit. Towards the end Poirot invites all of them to a common place so that he can reveal the murderer. 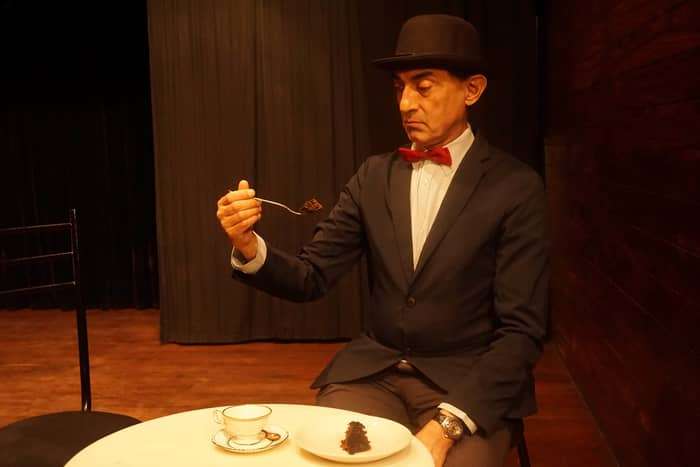 Prior to The Mystery of Three Quarters Akshara Theatre had also witnessed a play-cum-reading performance when Sherlock Holmes was
staged. The success of experiments with the conventions of stage relies mostly on the stature of big names such as in this case Agatha Christie and Sir Arthur Conan Doyle. Indian theatre needs to see more of such efforts for understanding the contemporariness of trends all over the world.