Reflect on the word ‘conflict’ and one thinks mainly about political and social events that surround us. But in today’s world, the darkest boundaries lurk deep within us. Twelve contemporary artists delve into these recesses of our mind to discover the silent conflicts that each one of us must encounter.

Titled Silent Conflicts, the show comprising a suite of artists is curated by Ashna Singh, Director, Studio Art. It features works by prominent artists such as, Veer Munshi, Jagannath Panda, Gigi Scaria and Pooja Iranna, among others. 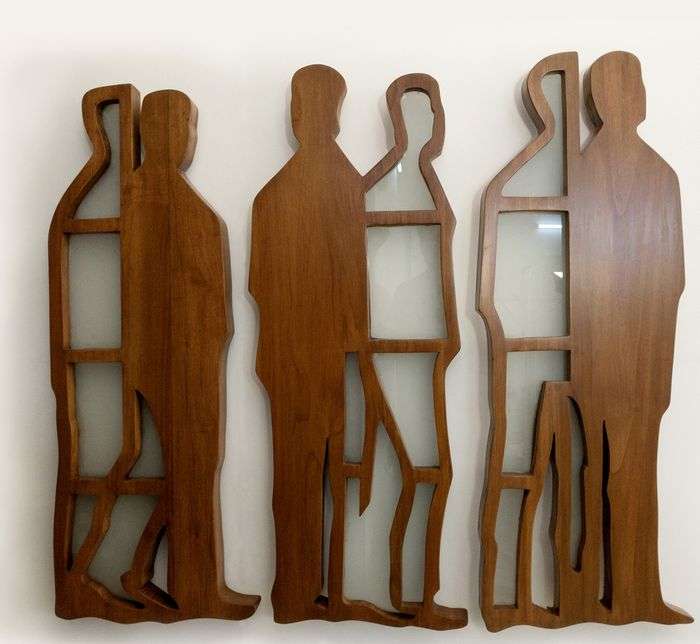 The highlights of the show are:

Pooja Iranna’s sculptural work in staple pins titled Reconciliation Attempts explores the possibilities with which humans have extended their creative mind. She believes that the human race has successfully managed to use their cultural as well as technical knowledge to construct the unthinkable.

Reena Saini Kallat is showing a single channel video projection titled Pause Persist which is set within the game of Noughts and Crosses, (also referred to as X and 0) meant to be played between two players who take turns, marking the spaces in a 3 × 3 grid. Games, like conversations involve turn-taking, and here it slowly becomes evident that the game is being played by a single player, sending and receiving words in a feedback loop forming random thought patterns. A single self-separates, both as contestant and companion, with each move propelling dualities, contradictions and ambiguities. 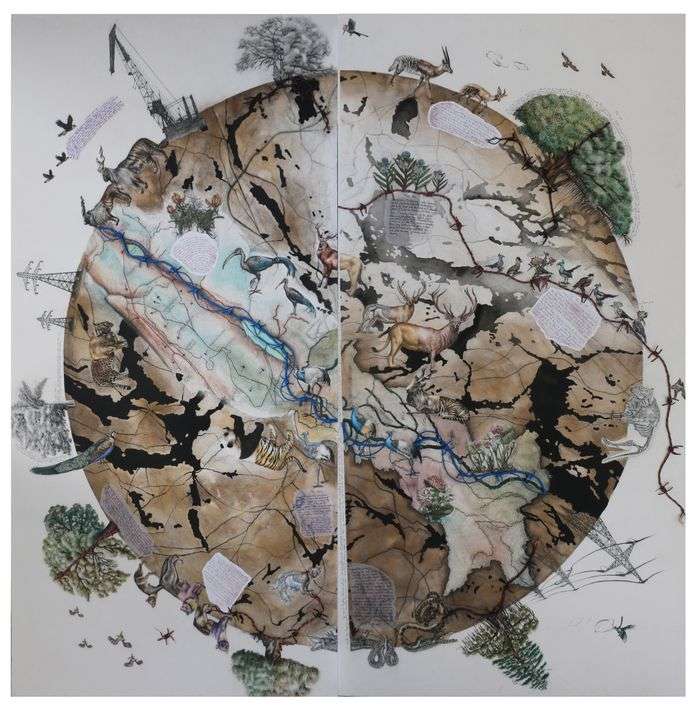 Veer Munshi’s site-specific sculptural installation spread over 12 x12 feet area, titled Beyond The Personal, is a single motif large skull decorated with papier mashe creates a sense of despair and dehumanization. Created in the wake of the terrorist attacks in Pulwama in Kashmir and more recently in Sri Lanka, the work expands the sense of beyond the personal.

Sonia Khurana is showing a two channel video installation titled I’m tied to my mother’s womb with a very long chord. The two-screen, silent video plays out aspects of a hand-held camera carried along a shoreline. 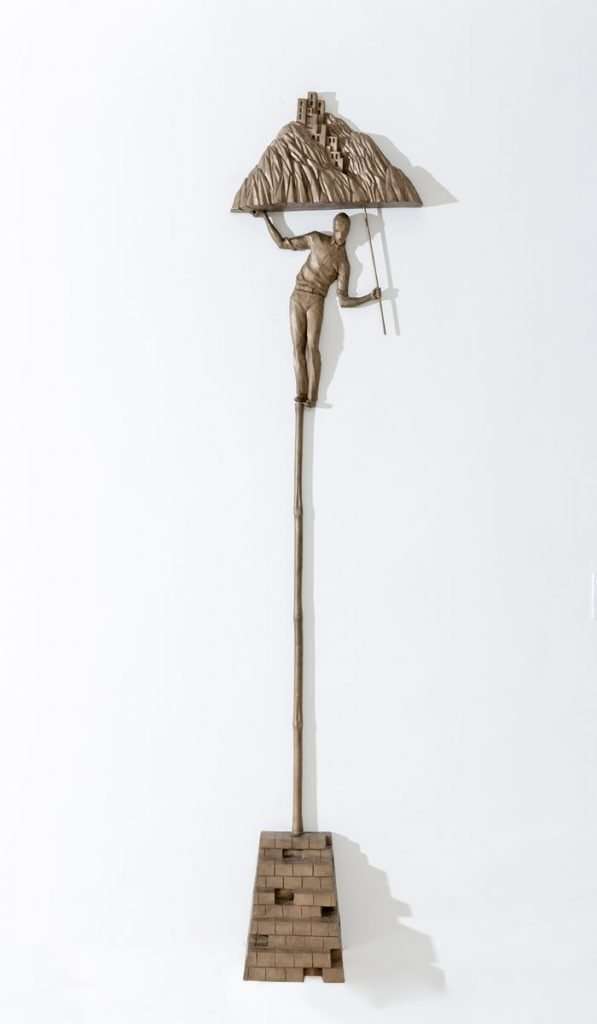 Jagannath Panda’s canvas titled The Gaze of Believer-II attempts to understand multiple narratives from the city of settlements as an urban metaphor. To make us aware that everything is temporary and changing. 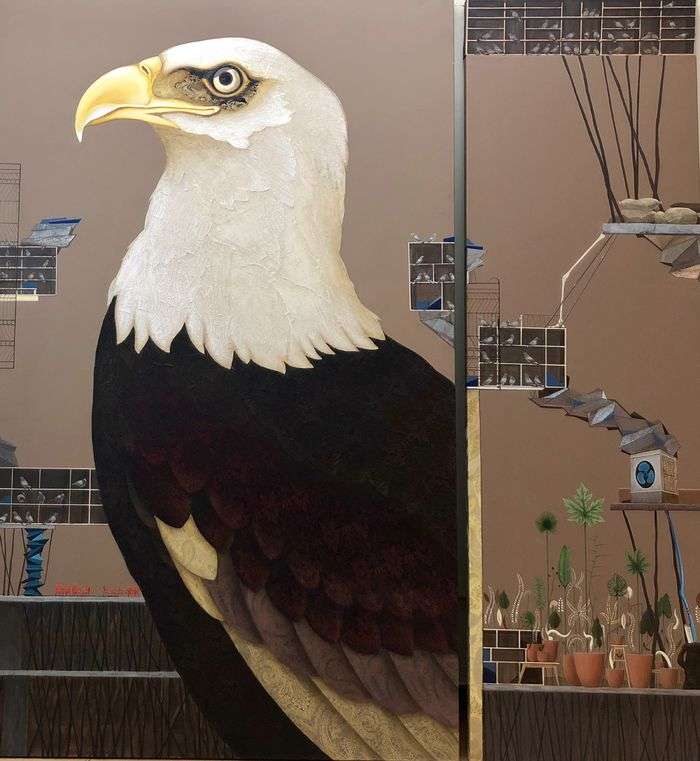 (The group show can be viewed at Visual Arts Gallery from May 8 to May 18.)

I go by my inner calling: Ujwal Nagar

The Last Supper and The Weeping Cross