Picture this: A chill spring morning, 6AM or so, the sun falls elegantly through the window panes forming slant, symmetrical shadows. There’s a low chant of an aalapana in the background as the smell of freshly made filter coffee wafts its way into your senses. You can hear the fall of the coffee from one stainless steel glass to another against the swift notes of the violin that join the steady vocals. The smell becomes stronger as you pretend to be immersed in reading the newspaper but really, you take notice of the beats of the mrudangam. The hot coffee with a small cup is set right beside you as you delicately pour a bit into the cup and slurp it rhythmically following the taalam.The warmth that hits you, that bittersweet warmth with the music in the background and the sunlit room, the joy you experience in that one symbiotic moment, that, is how I’d describe ChaayaTarangini to be. 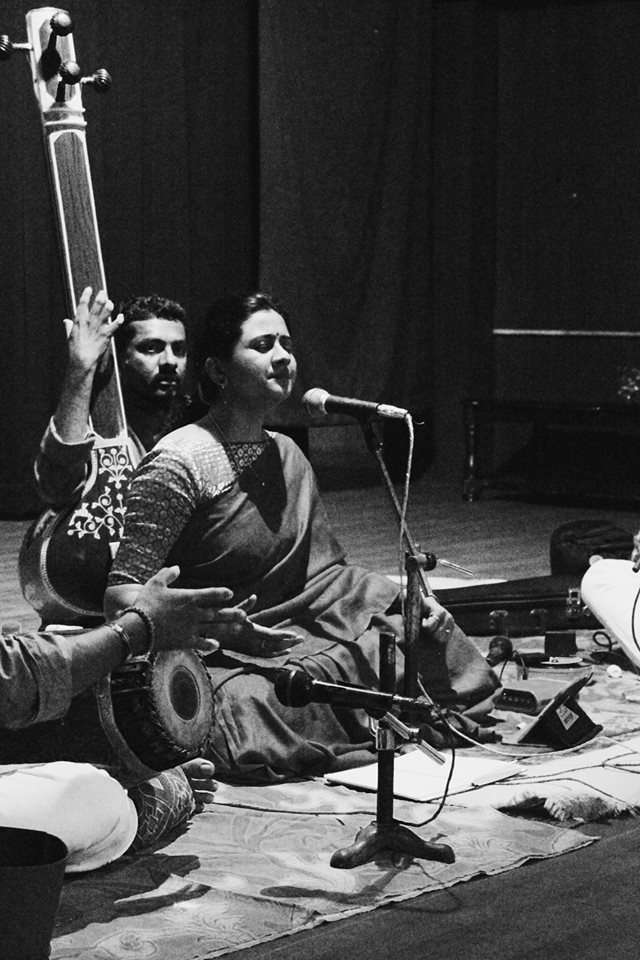 ChaayaTarangini was a Carnatic Classical concert held in Hyderabad organised by a nascent but, budding Telugu Literary Club of the name ‘Chaaya’. The concert featured Ranjani Sivakumar Siddhareddy and her ensemble which consisted of a violinist (TejasMallela), a mrudangam player (Burra Sriram) and a man on the tambura (Shaik KhwajaImamdad). 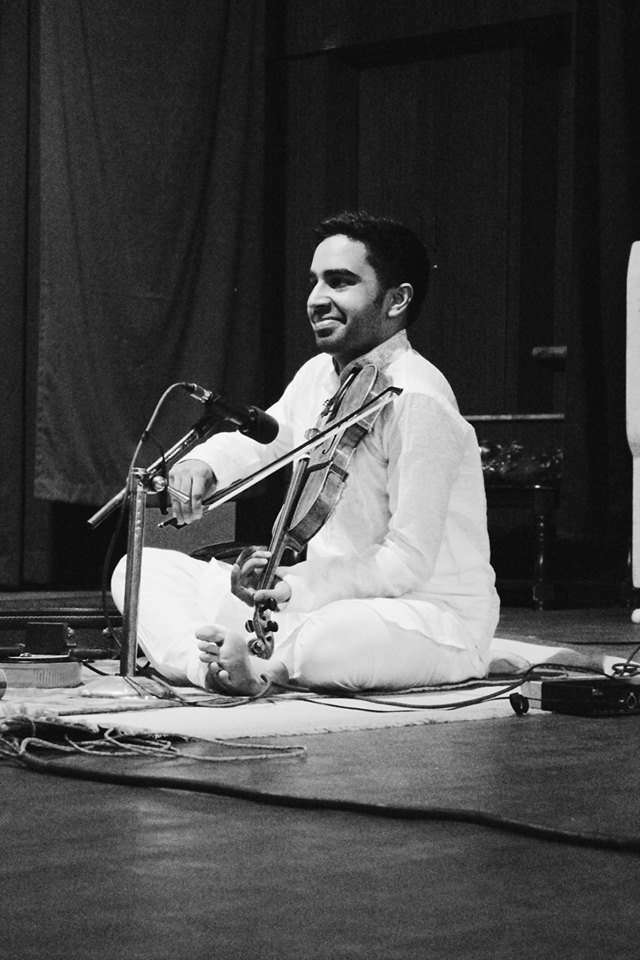 The concert started off with Vaatapi Ganapathim Bhajenam in raagam Hamsadhvani which seemed like a neat choice given it was extended as a prayer. Following this was a piece by Tyaagaraaja performed in Gowlaraagam which was a steady, meditative piece that left the audience solemnly wondering for more. Bhavaro Ganivaarini in Valaji raagam was next and quick to pick up the momentum in its foot tapping rhythm with a touch of melancholy. Next came a pleasant surprise from the supporting instruments; Bhadrachalam Ramadas’ kriti Yennagaanu Rama Bhajana in raagam Panthuvarali was colourful with a very thought provoking solo from the violinist. His fingers swiftly moved on the strings with utmost ease. This piece also featured a jugalbandi of sorts between the violin and the mrudangam. After quite an intense keerthan, the next piece came as a cooler, soothing the senses. It was called Aananda Saagari in raagam Neelambari. Almost lazy and laid back in its pace, it was lulling. The next keerthan was the main piece of the name DorakunaItuvanti Seva. It opened with a solo from the violinist which had an air of playful persuasion with notes delicately merging into one another. There was a perfect amalgamation of all the four elements present on stage. A keerthan that lasted a little more than 30 minutes seemed to pass by in no time. A mrudangam solo as tantalizing as the raagam itself made its appearance. The next piece that was sung was a Kabir Doha of the name Kamalamukha Rama Bhajana in raag Durga and was very interesting because it was in Hindi. The show concluded with two very short, simple pieces that included Ramdas’ composition, Ramachandrayaka. 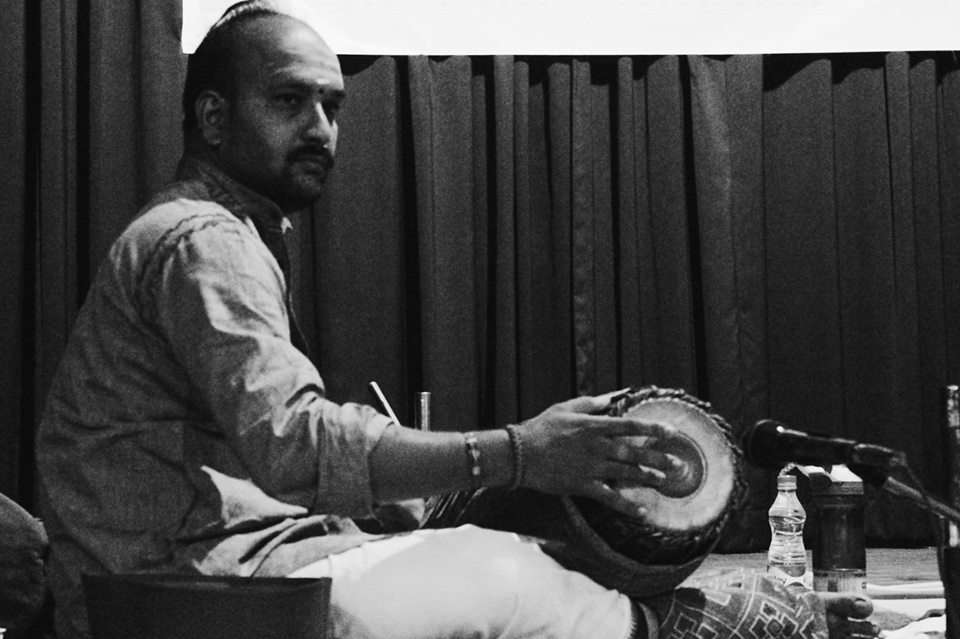 It was a very interesting line-up of raagas and keerthans because it started off with pieces that would take time to seep in and then once the audience was sucked right in, took it to the longest piece followed by very brief and simple pieces to end the concert. This was particularly engaging to observe. The last two pieces especially were a fascinating choice given how precise they were and this worked in their favour for it kept the audience hooked till the very end. The concert on the whole gave the audience a good time with no complaints or regrets. Even a complete stranger to this genre of music would have had a pleasant evening. The musicians thoroughly seemed to enjoy themselves and that is always a delight to watch and to listen! 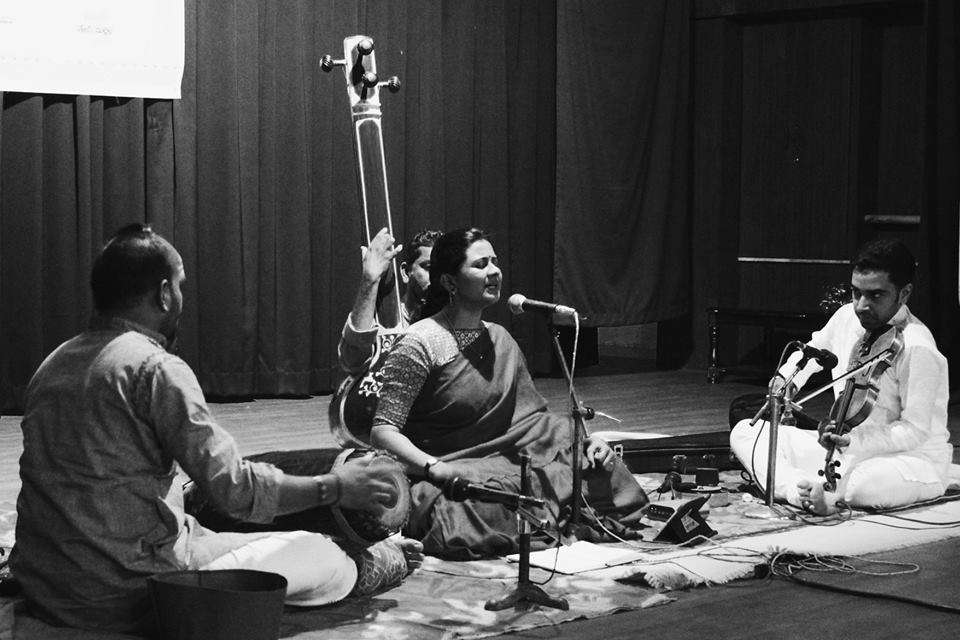 Bottom line: Would I take another sip of this? Oh yes, I would.

2017 was the year of Music Festivals in India