At the ongoing Serendipity Arts Festival 2018, artist Abhijit Pal’s installation ‘I Was There’ can aptly be described as a work that has killed two birds with one stone. So, when you look at the 3D figurines of hundreds of people across genders, ages and nationality, you immediately recognise that the artwork is a satirical take on the popular selfie culture. You can also see a bit of yourself in every miniature – the pose, the fake smile, the antics and the oblivion to the surrounding. It is all there, in your face types. But then, Abhijit has placed these figures against the backdrop of East Side Gallery, an open-air gallery in Berlin – a remnant of the Berlin Wall. And through this work, he is making a social commentary on selfies and the concept of walls in the political framework. 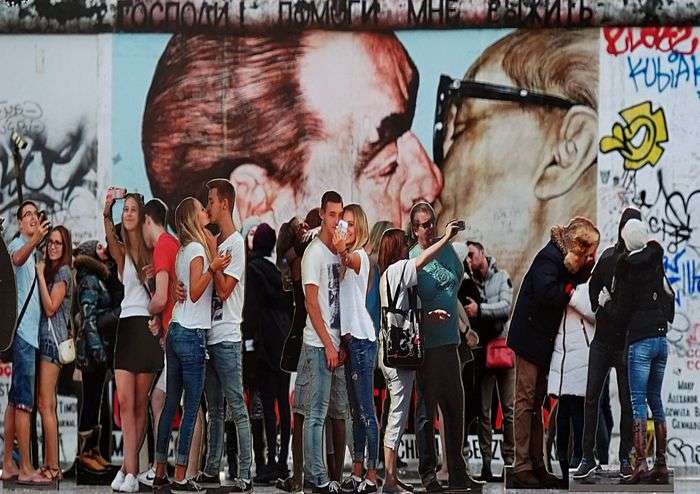 The story goes back to 2015 when Abhijit was studying photography in Dortmund, Germany. It was also the year when Germany celebrated the silver jubilee of the fall of the Berlin Wall. Like thousands of visitors, he too went to the open gallery to celebrate the ‘fall’ that had united the country and catapulted it in the league of the powerful nations. The unification had indeed allowed the country to rebuild its reputation and regain financial muscle after it had lost both under Hitler’s brutal regime. That was a moment of celebration, but in those moments, Abjijit spotted the irony and the dichotomy. To begin with, Abhijit, after multiple visits to the Gallery, realised that visitors were keen to click a ‘selfie’ against the attractive graffiti on the wall. “Around 90 per cent people didn’t even know the history of the Berlin Wall”, he says. “They were there because it was fashionable, in news and offered a perfect backdrop for a perfect selfie,” he adds. 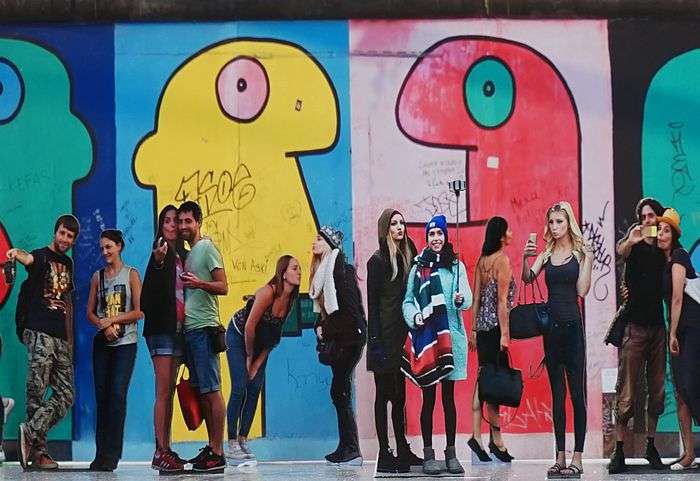 Every time he went there, he clicked pictures of people posing for selfies against the vibrant backdrop. The infectious selfie culture was so prevalent that he captured more than thousands of people in his lens. While he brooded over these pictures, another thought germinated in his mind. It was something to do with the ‘pain’ he has been experiencing since his childhood. “My parents came from Bangladesh. So, we are a product of Partition. Many of our relatives still live there. I have always had this pain about why lines were drawn between India and Pakistan? Why couldn’t we exist as a unified country? Had that been the case, India would have been reigning South Asia, if Bangladesh and Pakistan were very much a part of us.”
“From this pain, I started researching on the concept of ‘walls’ between countries. What I found out was that there was one between Israel and Palestine and another one between the US and Mexico, and many others… so ‘political walls still exist and a lot of manpower and resources are being spent on monitoring them,” he adds. 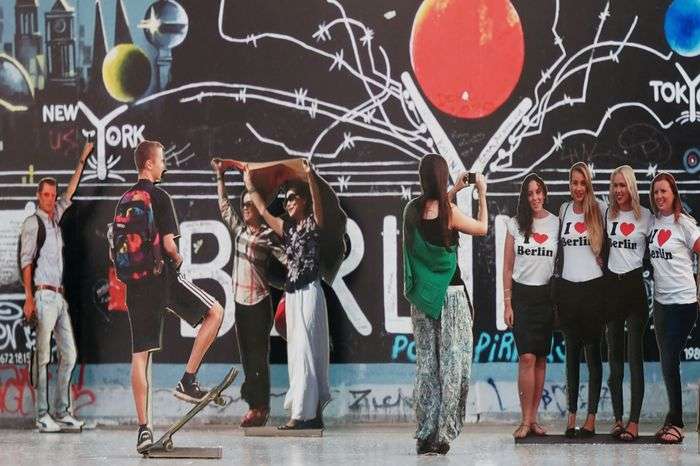 For the artist, this project is conceptually, a continuation of a celebrated series titled The Berlin Wall 1984 as Seen from the West, the most comprehensive photo documentation of the Berlin Wall by German photographers, Philip J. Boesel and Burkard Maus. The mini replica of the Berlin Wall on view invites the viewer to walk alongside it, imagined as a synoptic viewing experience. The book ‘Berliner Walfies’ displayed at his space highlights some of the parallel events and trends taking place in 2015, as does the looped video – as twenty-seven known walls or barriers have come up around the world in twenty-nine years since the Berlin Wall came down – we remain, witnesses, we are still there. 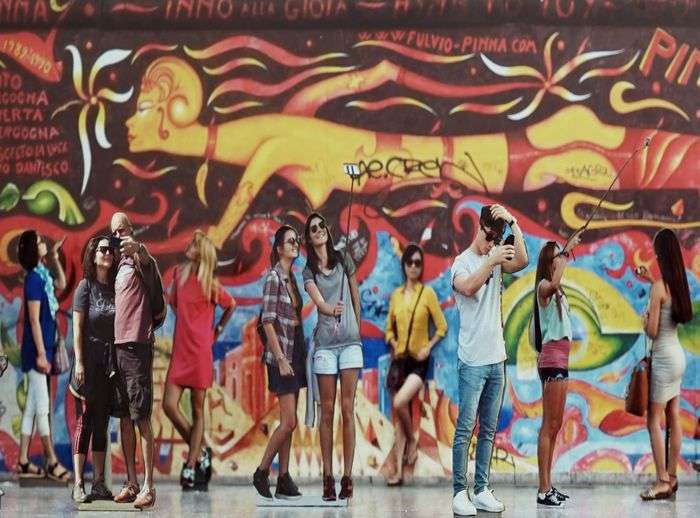 “I hope we realise the fact that by building walls we are only limiting our potential and growth. The walls should be broken so that people can live peacefully. Also, the culture of selfies has also affected the way we ‘visit’ a place. We are there at the place, yet we are not in the moment,” says the 32-year-old artist.
Rahaab Allana, one of the curatorial heads of the photography section, had approached Abhijit. “One day, I got a call from Rahaab. I don’t know him personally. So, I was quite surprised. But my work has received so much love and attention from people that I feel that the long years of hard work and research have finally paid off,” he concludes.
‘I Was There’ can be viewed at Adil Shah Palace until December 22.

Carrying On The Kathak