Paris-based artist Akshay Raj Singh Rathore doesn’t sees himself only as an artist, but as a cultural producer who uses his craft to comment on issues that he strongly feels about. And while addressing those problems, he engages with contested environment within whose folds the crisis unfolds. In his solo outings in the show ‘Un-Practiced Frugality’, Akshay has poured his heart on the subject of distress among the farming community — a topic he closely associates with since he too comes from the farming background. Without any emboldened display of displeasure in his works, he had relied on subtle and somber shades of ochre, yellows, greys and whites to depict the trial and tribulations of the community.

Around 20 works on paper on display at Gallery Espace until April 27 track his personal journey over the last four years since he moved to the French capital. 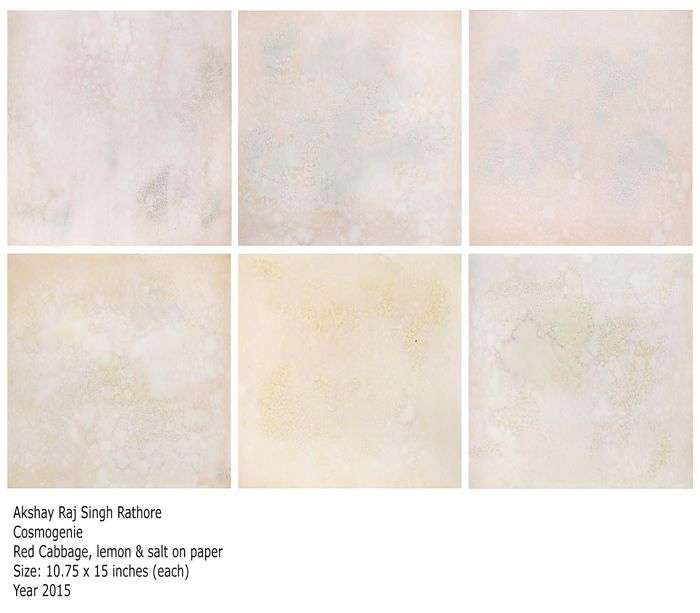 Are there any particular events/incidents that led to the genesis of this exhibition?

Not really, I was on the lookout for something extraordinary from self and after a long detour of exploring materials and forms arrived at this semi-intuitive process, where expressing what I was feeling took precedence to what others were telling or talking about. It’s just the realization of how artwork is created in ones mind, which propelled me to create this body of works. They are certainly a residue of what all was happening around me. A sensible way to understand it was to teach oneself, so the whole show is a documentary of what I have learnt in last four years. Obviously history was unfolding in this learning and asking me to look at present through its lenses carefully, thus I could see societal turmoil much more clearly and deeply.

The curatorial note elucidates on your farming background and how your personal experiences have led you to make a political statement. The issues of a distressed farming community have been part of Indian political discourse for many years. Yet, the political class seems to be oblivious to the farming community. What do you have to say about this constant indifference?

I do not feel that the political class is oblivious, it’s just that it doesn’t seem to be obliged to the producers of content in the present society, whether they are producers of food or culture. This then directly points fingers towards consumption and it’s true we are living in an era where being a consumer takes precedence over the rest. Having said that it doesn’t mean that’s the only way forward, someone sensible can withstand these consumerist desires and start the process of withdrawals, though it’s not easy as the saying goes.

For myself, coming from a farming background, it was easy to understand the parallel of being an artist. Now I see myself as a cultural producer, the process remains the same, canvas become empty fields, ideas the seasonal rain and then I am left to the vagaries of nature of the self, to bring forth a harvest. This understanding finally opened the gateway for me to creativity. 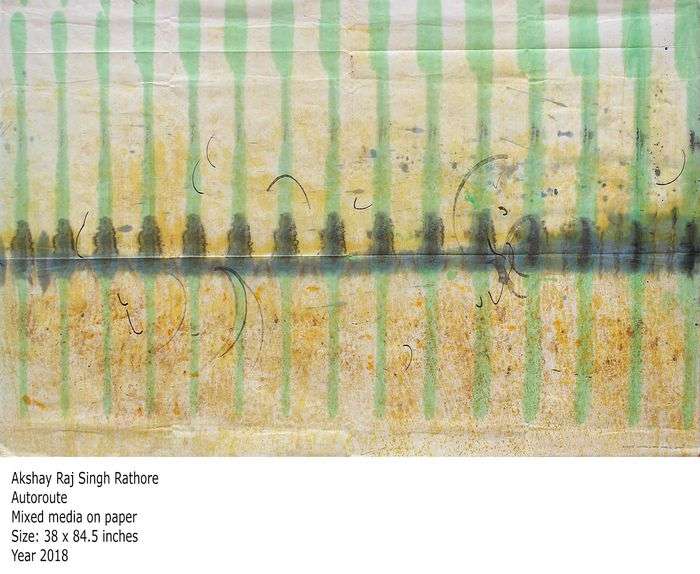 While working on these artworks was there any particular aspect that you wanted to communicate? And have been able to do so? How have the repurposed materials contributed to make the message more affirmative?

The message has been clear from the start: do what you can do and do it the best. A single individual effort counts in bringing about a change and I think the show certainly brings that rejuvenated thought strongly, if not for others it has surely brought about a change within me which was anyways the ultimate goal. As one senior artist told me that you can’t change anything in the world, but self!

By re-purposing I have got closer to this aspect of change. Just by changing the context of leftover materials, a new form arises which gives meaning to the marginal. It applies the same to every other contexts, as the idea is very simple.

Why did you decide to move to France? How would you seek to engage with India for your future projects?

The move to France is a personal story and has nothing to do with career possibilities, in fact for quite sometime I lamented this move. But luckily I got very warm response there, with a studio grant from the city of Paris and a selection to one of their prestigious salon ‘Jeune Creation’ I now feel firmly engaged in the art scene there.

India remains dear to the heart and soul and even though I have been away I have been constantly reading and making myself aware of all complex histories this region has witnessed. Art wise the distance has given me much more depth in engaging geographically and for future projects I see a lot of turnover here, though it will take its own time as from a distance one can only do observations. 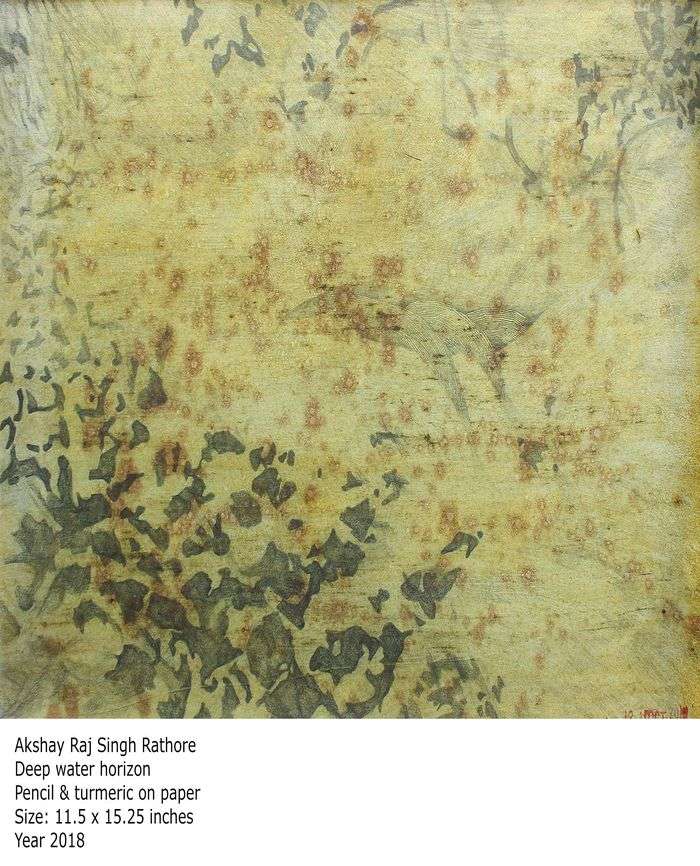 Why the title un-practised frugality? It is paradoxical in nature for the farming community in India at large is living at the margins and a life of frugality and despite.

Un-Practiced is what precisely sums the condition of a farmer, who lives the life of frugality. He has no choice but to be flexible and maintain his independence. Time to times the forces of nature play a havoc, but the biggest havoc is played by man himself, through the forces of market and other norms created to regulate labour.

A consumer might practice frugality as the movement of organic foods summarizes, but for a producer it is always unpracticed Frugality.

How does art help in creating awareness about an urgent issue, such as farmers’ distress or environmental changes? Does an artist, who engages in political art, have to be apolitical?

Art is the tool which cuts through all norms and regulations, by using it intelligently one can show the Cross-sections of all structures governing us, the individual. So whether we talk about farmers’ distress or global warming it is up to us how we want to present it to public. For myself I have chosen both of these issues as I do come from such a background where the two meet. Also I felt that these are the subjects to which I can do justice as I have gained experience in their fields.

Now being apolitical is a big debate, I certainly do political art as I am channelizing information to create messages. They can be read either ways, but for making sensible judgements I do need to take a neutral perspective. This can be termed apolitical but I do not think, it’s the right view. 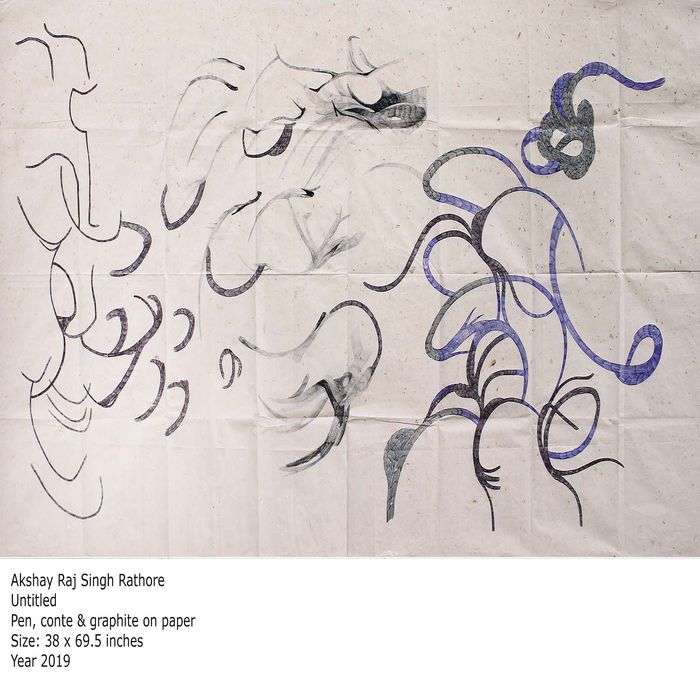 We have heard about the word ‘recycling’ but using ‘repurposed’ materials to create works is rather a new practice. How did you discover the art of using materials from disposable materials?

Repurposed is an interesting term, not that I have invented it, but it’s true it does form the basis of my repertoire, at the present. It began with a realization that many thoughts and ideas which rotate around self have timely limits. If not given form quickly, these ideas turn away and seek someone else.

The need to bury self in a sand of coincidence with given materials has given rise to using whatever is at hand. The act of conscious application of these materials is what makes my art different.

This awakening when life seems short and tasks at hand seem infinite have led me to begin the process of re-purposing. One can say that almost the whole life can be repurposed, if it is in need of goals and achievements.

Repurposed also goes to the ethos of ‘Jugaad’ which in Indian ethics justifies everything, as far as it works and is not damaging to others. Meaning it is used for a positive purpose. Jugaad doesn’t always have to be an ugly cluster of things, it can be aesthetic and appealing if done the right way.

The Birth of an Art Movement called The Art Gap