The 4th edition of the festival saw cultural revival of Assamese tribes, bringing forward their music, food, costumes and art on one platform.
Guwahati came alive with Assamese culture at Rongali 2018, as the fourth edition brought together music, dance, art and food of Assam under one roof. The fourth edition of Rongali was held from 19th to 21st January 2018 at Sankaradeva Kalakshetra, Guwahati. The festival began with a traditional boat race with 20 competing teams at Dighalipukhuri with the traditional Nao Khel geet being sung in the background. Dighalipukhuri, the huge pond in the center of Guwahati is said to be dug straight out from Brahmaputra river. Legends say, it was dug by king Bhagadatta of Pragjyotishpur for his daughter Bhanumati’s swayamvar, and it dates back to the time of the Mahabharat. The beautiful pond now makes for a soothing getaway in the evening hours, thanks to its relaxing ambience and boating facilities. The boat race was revived after years in Assam. Shyamkanu Mahanta, chief organiser, Rongali, said, “We dream to make Assam as a traditional boat racing travel destination, and this is the second year we are organizing traditional boat racing in the heart of the capital to popularise and revive the game.” 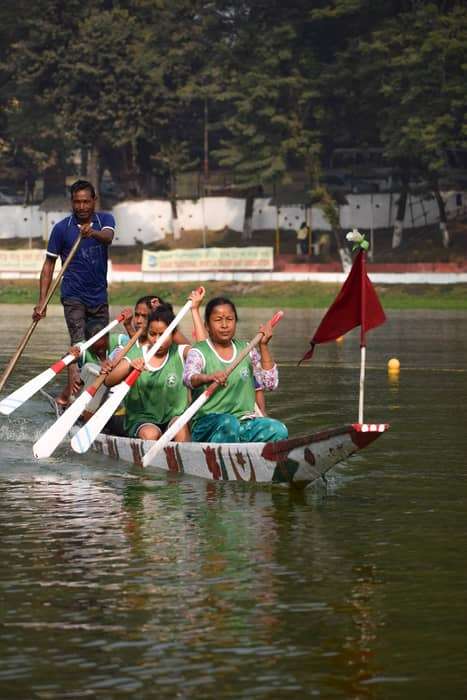 As Assam and its adjoining regions of north-east have abundant musical talent, a National Rock Competition took place, where around 30 rock bands from all over India participated. On the other hand, the Rongali Art Carnival brought some of the most talented young artistes of the region creating a canvas of art including doodle art, string art, hyper realism, graffiti, wherein the focus was Mahapurush Sankaradeva, Sukaphaa, Chilarai, Lachit Borphukon, Bhupen Hazarika, Vishnu Rabha and other greats of the region. 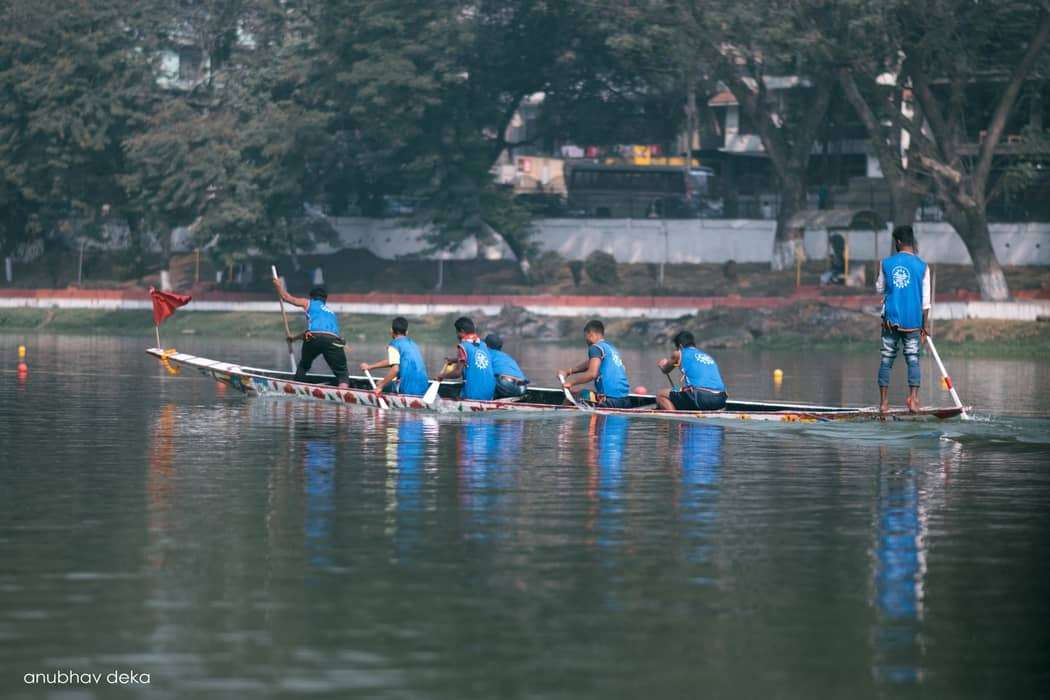 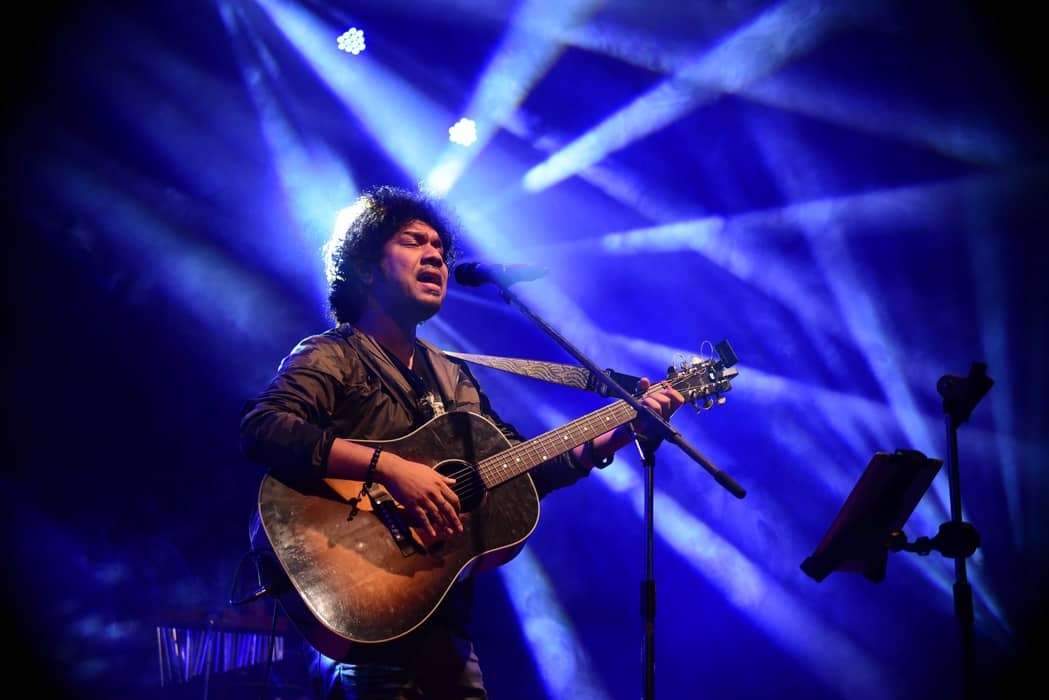 The mouth watering showcase at the festival was Axomiya food court with around 25 stalls displaying various Assamese food delicacies for a truly sumptuous affair. Social Organisation “Priyobandhu” founded by Arrchana Borthakur organized a traditional food competition with around 60 participants of Axomiya vegetarian, non-vegetarian and sweet dishes competing for attractive prizes. It also informed the audience about different Assamese cuisine pertaining to the varied tribes in the region. 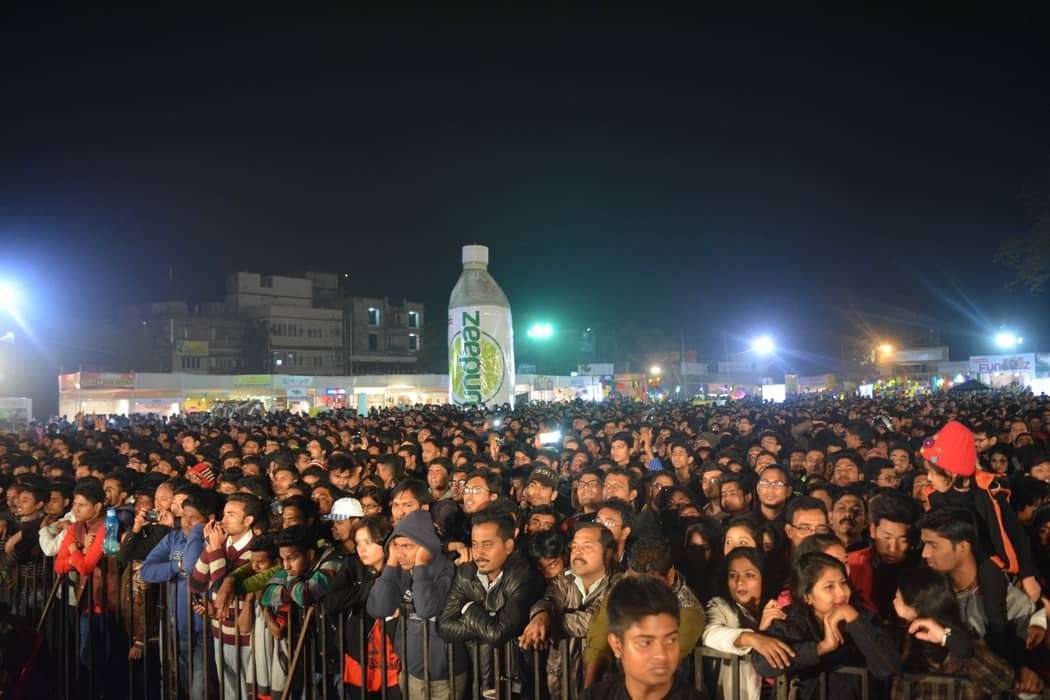 Around 20 designers comprising of the best from the region showcased spectacular designs with 30 talented models of the region. The group dance competition curated by Pankaj Ingti, depicted the historical events of Assam. Bor Axom showcased the lives and culture of tribes and communities of Assam. Ankia Bhaona, Mukha bhaona, a choreography competition, colourful dance forms of the region and a huge craft exhibition made this edition a wonderful experience. “From last two years we have brought together different communities of Assam. Historically, there were lot of bridges amongst different tribes. Through this festival, bridges are building up. From the Assamese communities Bodo, Mishing, Karbi, Deori, Dimasa all the major tribes are here. The beauty of the festival is that they are volunteering for the festival. We are trying to strengthen the fabric of Assamese people by building the bridges and promoting creativity, talent and food of these tribes,” signed off Mahanta.