In the world of theatre, Suman Kumar is a popular name. He is best known for creating realistic dramas in which music plays a pivotal role. His over two decades of experience was acknowledged when he was awarded the prestigious Hindi Academy Award 2017-18 for his expansive contributions. The National School of Drama alumnus borrows the elements of folk traditions, weaves them in a modern narrative to share a captivating story. His latest presentation, Nugra Ka Tamasha, which was staged at NSD recently effectively sent across a message, besides entertaining the audience. In a tete-e-tete with ACF, the dramatist sheds light on his creative journey.
Does Nugra Ka Tamasha belong to any particular tradition?
This play is an adaptation of a folk story by Vijay Dan Detha. ‘Nugra’ meaning a snake is a mysterious living being in the Indian culture. In Bengal and Assam, the devotees of Mansa Devi worship snakes. This play belongs mainly to these regional traditions. In my own village, I have seen snakes hanging from the roof and in the gardens and even confronted them several times. This play is representative of the Hindi speaking India.
What are the elements of your play?
While writing I do not worry about how something will be depicted or choreographed. To me, songs always come most naturally and I thoroughly enjoy musicals. Dialogue is another crucial element of any play. But when I am directing any production, I think differently. When I sit in the director’s seat, I feel words have done their job. So now I have to translate them into life. I consider acting to be an embodiment of such a text. I see the act in someone’s voice and personality. I have to design the act in a three dimensional space and everything falling within that environment becomes an element. 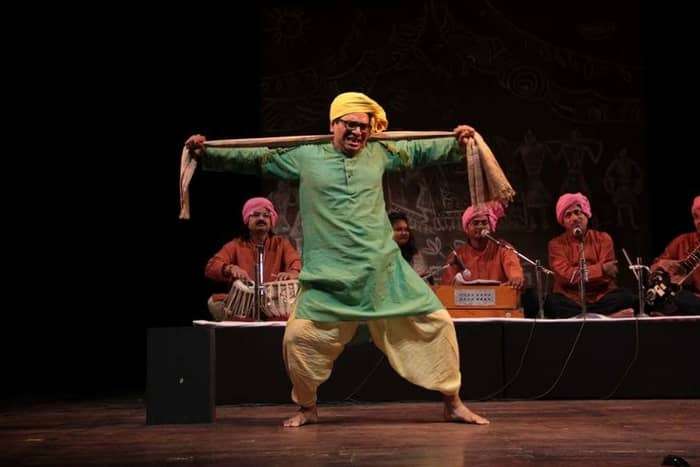 How much does literature influence your work?
Literature is an amalgamation of human activities. Some aspects of India’s religious diversity play a vital role in literary compositions and sometimes it plays a minor role. But these influences always exist in any work. I got exposed to these concerns of the world through literature only.
In a post-modern world which class of the audience is your spectator?
The post-modern theory says that local is global. The relevance of Nugra is that it plays with the memories a spectator has of their villages and hometowns. They can then picture those images that fit best with my storytelling. My aim is to convert my spectator into a globally thinking human being. Cultural practices must enlighten people of villages and tribal areas. So it is important to introduce audiences of the metropolitan cities to the folk tales of villages and tribal areas as well.
I see conflict in your performance where you are wearing a ‘paag’ (turban of Bihar). Your own costume in Nugra shows a man of status. If the story is about caste and superstition how can the act exist without any contradictions?
In my show, I play the character of a storyteller. My costume in Nugra is not in any way suggestive of the caste or the beliefs of any class of audience. The contradiction lies internally within the storyteller and the dialogue itself changes because of it. 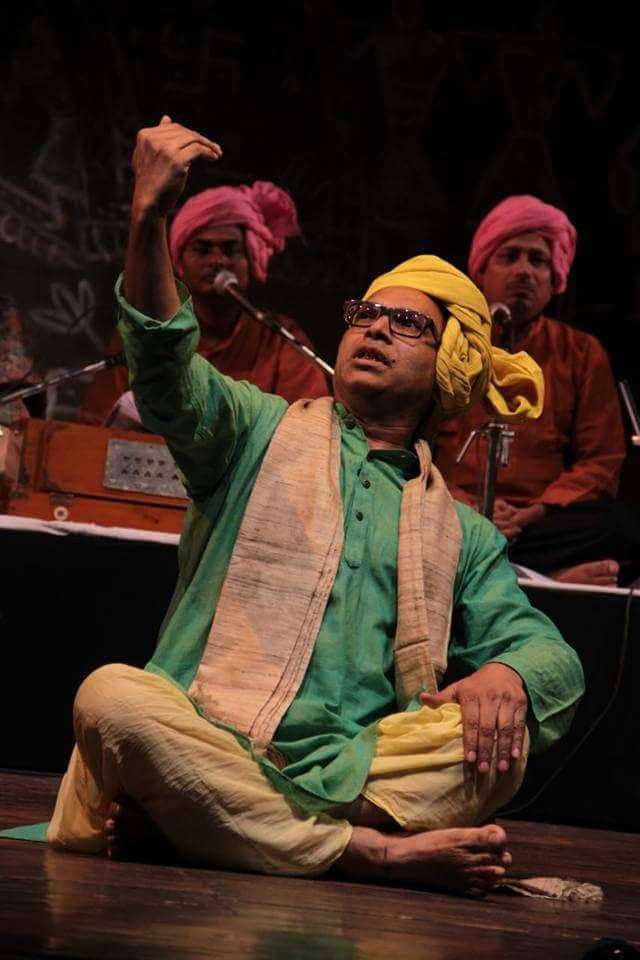 Your performance best qualifies the tag of folklore perhaps because of the moral at the ending. Would you like to shed some light?
Moral objectives are intended to maintain the civility of the people. A spectator comes to the theatre to experience self-liberation. Folklores have always packed a sense of morality because people need those codes of societal conduct. The daily activities of people ultimately revolve around their struggles in achieving their individual desires. Giving a moral at the end is my attempt at convincing the audience to look at social issues the way I look at them.