For a kashatriya, coming from a small village in Hyderabad, journey into the world of dance was not easy for Padam Bhushan Raja Reddy. Dance was definitely not considered a worthy profession for upper caste Reddys, and certainly not for boys.
Retracing his journey to becoming a dancing family, along with his two wives – Radha and Kaushalya – and their two daughters Yamini and Bhavana, Kuchipudi exponent spoke to us at the close of the 20th edition of their outfit, Natya Tarangini’s Parampara series. 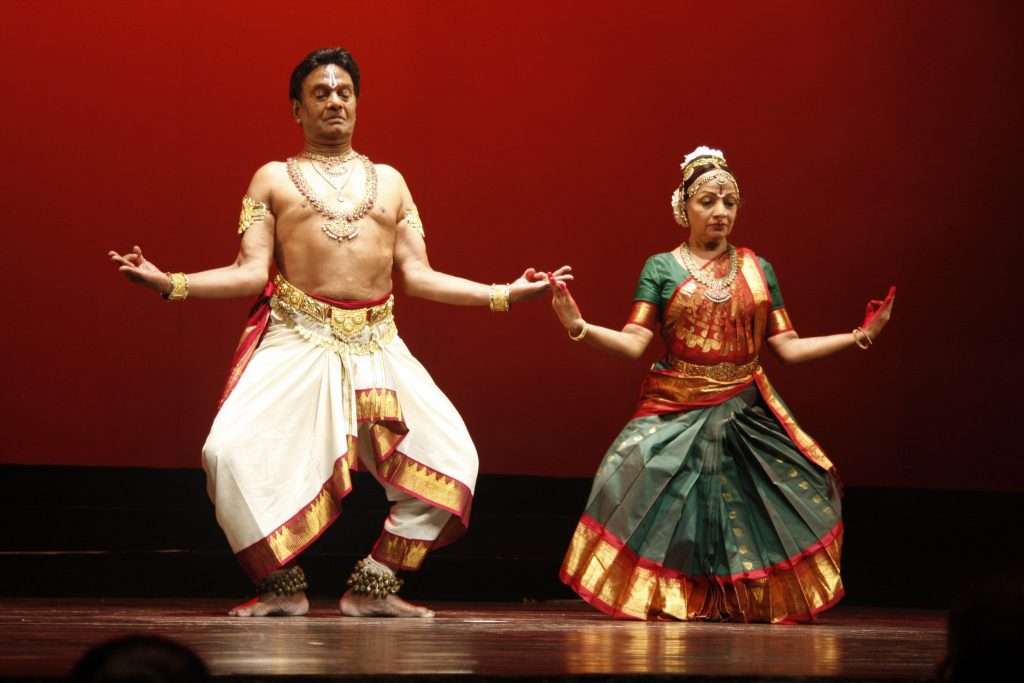 Total Recall
I come from a very small village in Telangana region and, since my childhood, I had a great fascination for Bhagvatam. It was a dance performed by the lower caste people in our village, in which the performers narrated mythological tales through an act for three to four nights at a stretch. The form had a lot of drama, rhythm and movement. And it left a great impression on my young mind. I, too, wanted to be a dancer and sure enough, I started enacting small parts without my family’s knowledge.
Sure enough, the family got to know and I was sent out for further studies. Later, I decided to go to Hyderabad in search of a guru. Initially, I could not find one and I was rejected on account of being too dark and masculine. But then, my guru, Guru Vedantam Prahalada Sharma came along and Radha and I started training under him.
Radha and I are first cousins who were married off at a very early age. When Radha realised my passion for dance, she too joined me in Hyderabad. We have been inseparable since then.
Road to acclaim
It was that one show at Aifacs that changed our lives forever. We were here in Delhi to perform and one of our guests happened to be Dr Karan Singh. He loved our performance and recommended our names further to our then prime minister Mrs Indira Gandhi and ICCR. There has been no looking back since.
From being the first Indian dancers to participate in the International Dance festival of Avignon in France and Salzburg in Austria, to enthralling audiences from New York to London, to setting up the Natya Tarangini, the Raja Radha Reddy Institute of Kuchipudi dance… Being awarded the prestigious Padam Shri and Padam Bhushan awards, in addition to several other awards and accolades, to organising the prestigious Parampara series, it truly has been a very fulfilling journey. 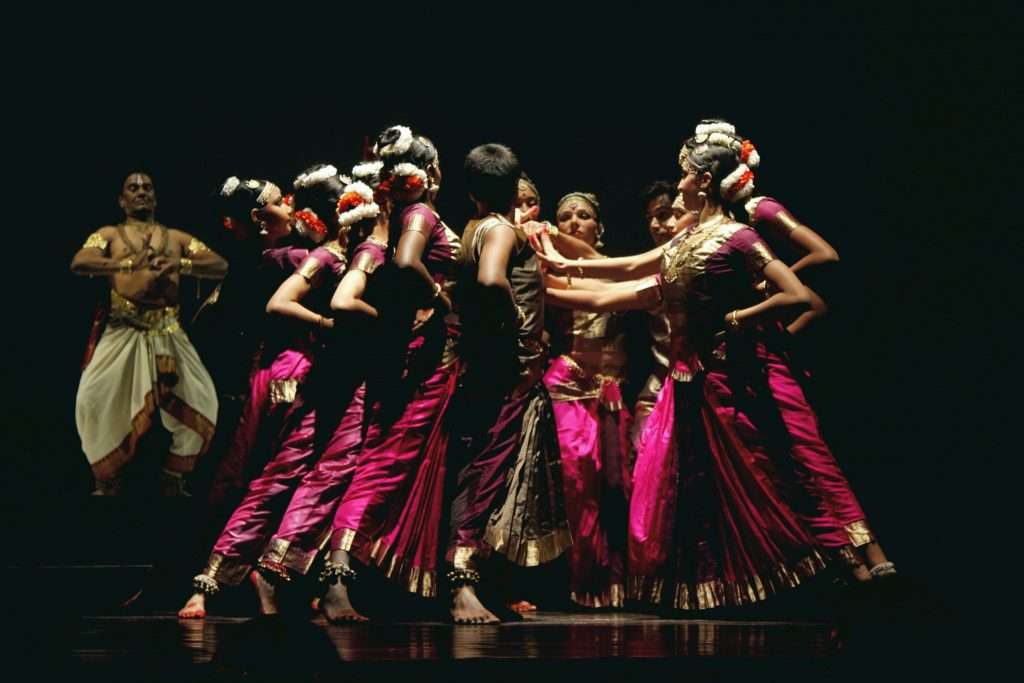 Evolution of the dance form
My Guruji used to tell us that Kuchipudi exists since 2nd century BC. It became the dance of the courts and was performed by the people later. Bharatnatyam is said to have come out of Kuchipudi. From temples, the dance went to the courts and was systemised by two brothers from Tamil Nadu to follow an order for performance.
I always did my own choreography. My guruji was a perfectionist who taught me in a traditional way. That strict grammer is what we pass on to our students here at Natya Tarangini. Perfection, devotion and sadhana are three ways of keeping true to art. Classical dance is such an art that it has to be learnt personally with the guru. You cannot learn this art through media.
In our institution Natya Tarangini, the students come from all over the world to learn, practice and perform with us. This is how we are maintaining the Guru-Shishya Parampara. This is perhaps the only school where an entire family is dedicated to teaching the students. Though we have four branches, the training is imparted strictly by the family.
The importance of grammer in the times of experimentation
Whatever one does, we must not tamper with the grammer of the dance. Instead of the props, the focus must always be the dance and movements. The bhava must express the character as should mudras. Fluidity is all about adaptations with time. Dance should be like dance.
Since we learnt choreography we were able to change the dance without diluting its spirit. 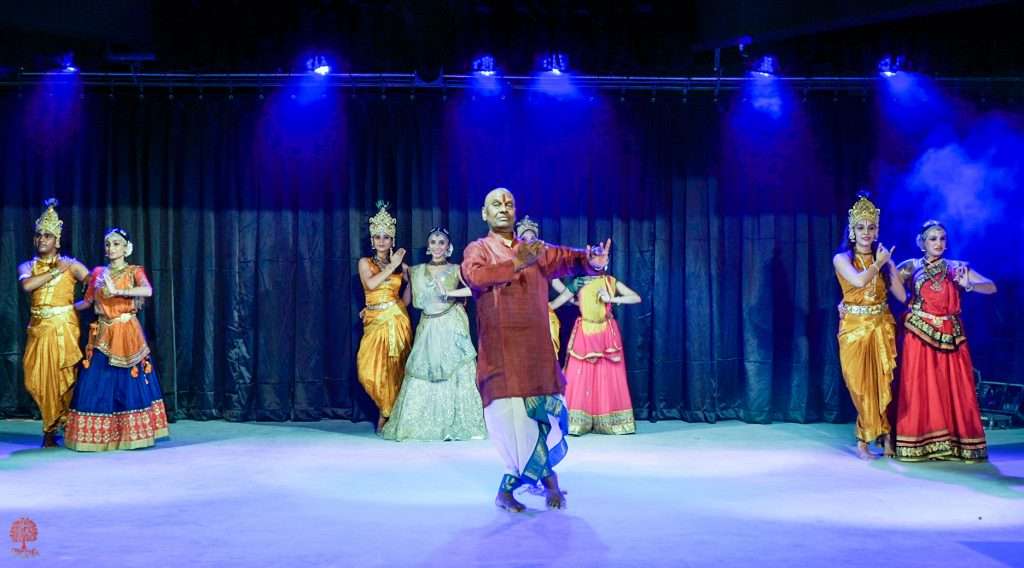 Passing on the mantle
Both our daughters are dedicated to this sacred art, Kuchipudi. Despite offers from India and abroad for marriage and job opportunities, they have chosen to stay true to promoting this form. My elder daughter, Yamini Reddy is now married and settled in Hyderabad and runs a branch of Natya Tarangini there.
My younger daughter, Bhavana Reddy, in addition to being a Kuchipudi dancer has also learnt Carnatic vocal music and is western contemporary music (for which she went to Hollywood and graduated from Musicians Institute in Los Angeles). Every year, we organise this festival — Parampara Series (National Festival of Dance and Music) — to redefine our rich cultural heritage at the outset of autumn. This was the 20th edition.