A curator tracks her journey of putting up an exhibition. The show is on from August 7 to October 7, 2016 at Apeejay Arts. 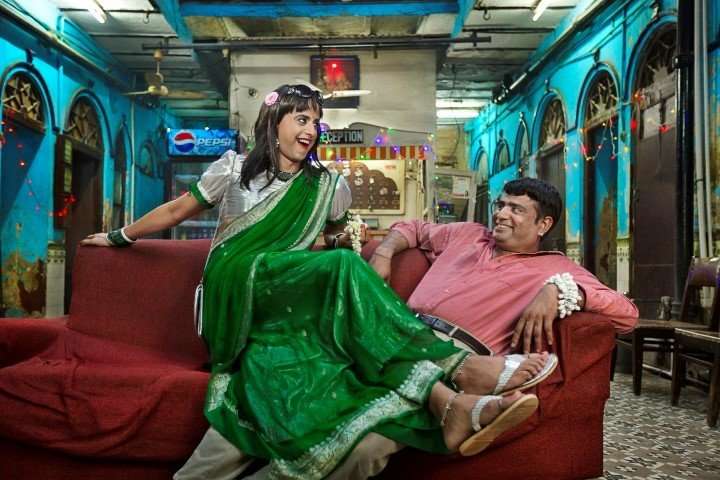 Early beginnings:
I was approached in March 2016, by Neeta Sreedharan, the gallery manager on behalf of Ms Priti Paul, the CEO of Apeejay Surrendra, to curate an exhibition for them. The brief was to be ‘experimental’ and to include new media, given that Apeejay is a space that promotes and supports new media and experimental arts. I chose an eclectic mix of painting, video works, live installations, sculpture and mixed media works. Ms Paul approved and we agreed that August, which signals the end of the summer sabbatical, would be ideal for the show.

I revisited Clarisa Pinkola’s book Women Who Run with the Wolves, while thinking about the show, since I have always found her writing very inspirational. However, I knew at the very beginning that I did not want to do a show of ‘woman’ artists. This is because the gender rights activist spaces that I am part of, had already opened up the debate about ‘who is a woman’, to include those beyond the constraints of biology. Hence I kept the show open to those artists whose works addressed and embraced the multiple manifestation of the feminine energy, without getting stuck in gender binaries. The title of the exhibition, Red Moon Songs is derived referencing ancient Mother-Goddess rituals, as a form of revival and celebration of the feminine principal. In ancient lore that was practiced in Egypt, China, India and Greece, a woman’s bleeding was considered cosmic, related to the lunar cycles and the tides. It was considered auspicious and powerful. This was about reclaiming it. 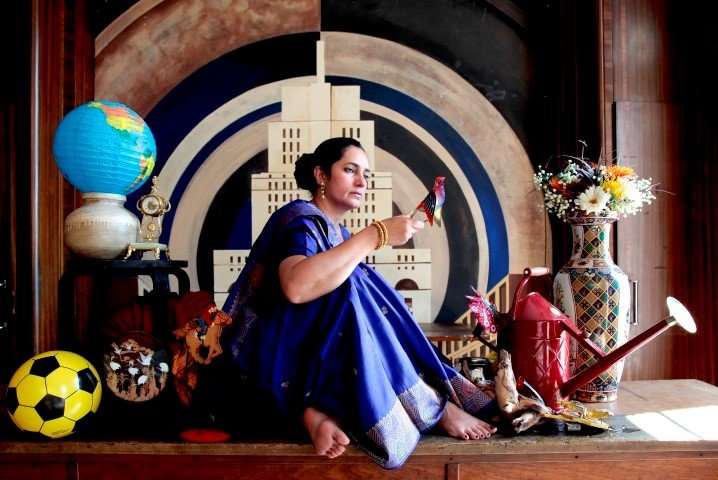 About the show:
Once the ball got rolling, over the coming two months we built up a list of 30 odd artists and over 50 artworks finally came to the gallery!
While Jahangir Jani contributed an innovative, video piece and sculpture on the rising cult of male Geisha (escorts), Sonia Khurana zeroed in on a text-based work quoting American feminist, atheist Emma Goldman’s famous saying: “If I can’t dance, I don’t want to be part of your revolution.” She interpreted it to suggest that the search for agency and the potential for empowerment lies in all elements of life and not within firmly cordoned-off arenas of power. 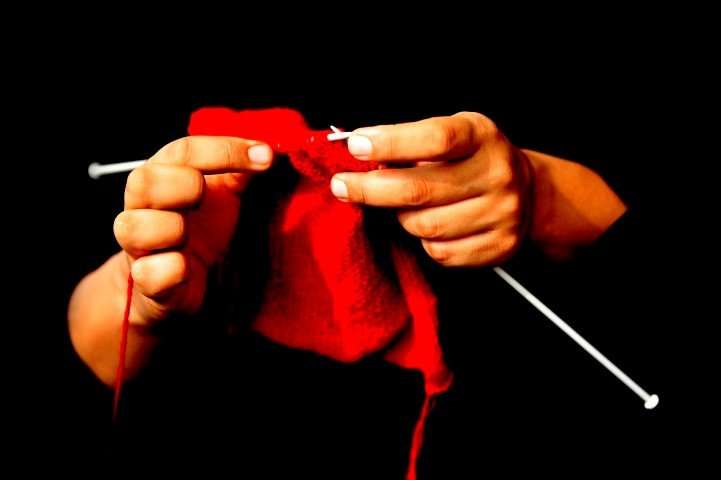 Next I contacted Anna Kosarewska a polish artist who I had met at the Healing Heart Performance Biennale at Morni Hills Chandigarh. Anna uses her body to speak about various issues, from gender to class and disability…her piece, As long as it is, was mounted in the bathroom after we skyped on how we could display it innovatively.
Sabrina Osborne was another video artist whose work I found stimulating since she deals with gender and migration, being a Diaspora in the UK. She submitted Chakra a compilation of three performance based videos performed at the abandoned London Hornsey Town Hall’s Council Room, which has been stripped of its authority. 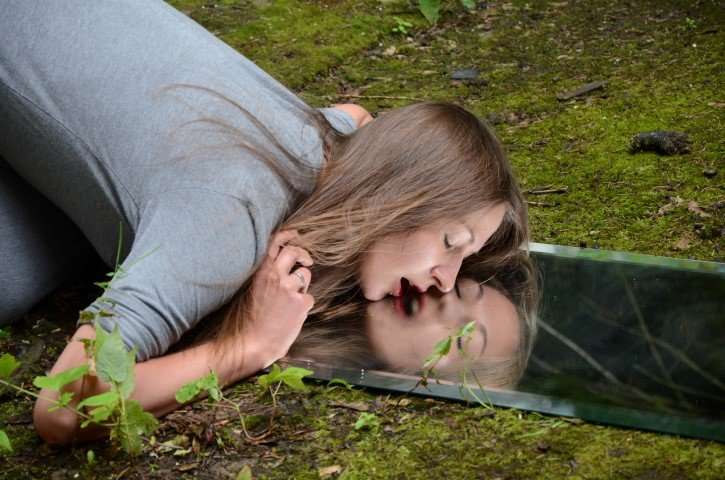 Mithu Sen has always fascinated me with her strong and unique perspective on gender. She submitted a constructed 40-foot strand of hair that spoke of growth agency, choice and intention.
The works of Kishore Chakraborty, Kumar Ranjan, Satadru Sovan, Saurab Narang, Pratap Morey Vikram Singh and Ved Nayar dealt with femininity through a male perspective, which was interesting but not ‘othered’. While artists like Chakraborty celebrated feminine qualities of Shakti, through spear-like hair pins on a stunning hay-straw sculpture, Satadru Sovan used lightboxes and sculptural works, that saw architecture as gendered objects where the male body was a site of beauty and desire. Ved Nayar’s gold leaf sculptures of the many armed goddesses were terrifying yet humorous while Singh’s photo-negatives presented women as anonymous and universal.

Himanshu Verma and Abhishek Choudhary both explored the space of masculine femininities, through drag and gender role play in photography. Senior feminist artists like Gogi Saroj Pal’s acrylic on canvas, Nirbhaya, comprised 12 individual canvases that place strong genderless imagery against the female form, an anguished scream and a war-cry. Merlin Moli’s video installation of breasts symbolized women’s empowerment and the violence wrought against it.  While Kanchan Chander’s installation, video work and canvases explored the vulnerability and sensuality beyond gender stereo-types and the feminine psyche.

The show also comprised a younger group of feminists like Shivani Aggarwal, whose five- foot knitting needle sculpture extolled femininity, Nilanjana Nandy whose drawings on graph paper explored a fantasy world, Moumita Ghosh whose gender jewelry took on wild and interesting forms, Sathi Guni and Tapati Choudhury whose delicate drawings explored magical and abstract aspects of femininity and Richa Nivani’s paper sculpture with video projections that revered the Earth as mother. A collaborative work by Rahul Kumar and Aditi Kulkarni explored a new dialogue between gendered objects, the city and the body.
Getting down to it:
Curating a show is not as glamourous as it sounds. One has to deal with the nuts and bolts of how to mount work, where to frame it, how to ship it, which truck is best to transport it. I was happy to be hands on in this process even though it was exhausting and demanding.
Perhaps the most challenging of all these processes was how to balance all these great art works so that they not only spoke to each other but also gave each artist their individual space. I’m very grateful to the artists who helped install their own works and the Apeejay staff who were most cooperative and helpful. Without them it would have been impossible to mount the show.

Opening Night: With almost a 160 people streaming into the gallery, holding aloft their glasses of wine and two fabulous performances, the evening I daresay, was a success. The first performance by Satadru Sovan was a moving piece on Gynecomastia while Merlin Moli and her son Sibi Abhimanyu performed a Modern interpretation of Theyyam, a ritual dance from North Kerala where the Goddess manifests in the body of a male dancer.

The 2 big shows of Paresh Maity being held in...