Young musician duo, Vishesh Kalimero and Rahul Jigyasu have been transporting people to their inner self through their sound healing workshops. They perform with multiple tribal instruments and tribal throat sounds learned from different tribes all around the world. While Vishesh is a sound therapist, Rahul is a Bamboo instrument maker. As Ekatmata Sharma attends one of their sound healing sessions, she shares her experience as the musicians educate her on the concept of sound healing.

It was a chilly Delhi December evening and a human-packed small room adjacent to the Dargah and an ancient towering peepal tree made for a cozy and warm meditative setting. Two simply dressed male musicians Vishesh and Rahul (former had with long curly hair and later painted his face in tribal signs) were sitting on a low-rise stage with bizarre looking instruments lying there. These instruments were rarely sighted in India except the Pakhawaj. The golden crescent moon and star engraved on the marble wall made up for a beautiful backdrop for the stage at the Hazrat Inayat Khan Memorial Trust Dargah. 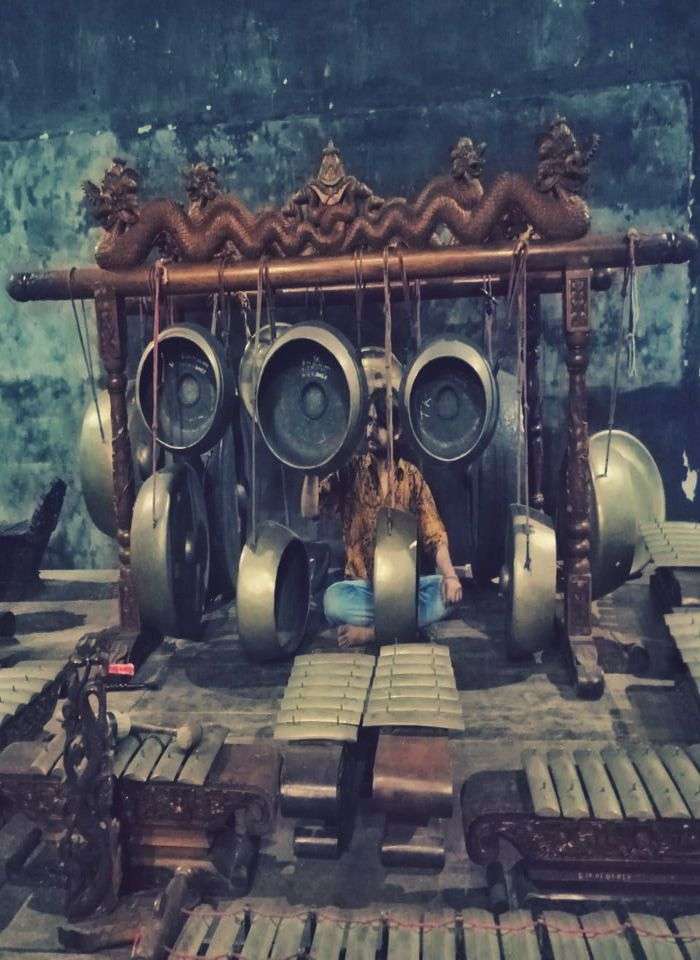 A soft rattling sound emerged from the stage, as the sound draw closer, I saw one of the musicians holding a bunch of goat toenails (called the Chajchas percussion) rattling them against each other and passing through each individual in the room. The sound was intense yet calming. Eventually, gentle and comforting music from various instruments ruled the heart and mind of the people gathered there. Gradually all eyes closed and everyone in that small room transcended into a journey of their own. Hence, then followed an hour- long sound healing session with diverse sounds from tribal percussions and tribal sounds.

Originally Musica Medicina was created in 2014 by a group of artists, musicians and healers who were living in a spiritual community in a Mayan village on Lake Atitlan, Guatemala. Their common passions- which include soul searching, discovery, healing, creativity and music – gave birth to this project which has now expanded to be shared in different parts of the world, including; India, Lebanon, Guatemala, Lithuania, Poland, Hungary, Sweden, Norway, Germany, Netherlands, Switzerland, Japan and United States. Since 2016, Vishesh and Rahul have been leading Musica Medicina. “We both had a music band called “Reaching the roots” long back. But, in Gautemala things changed and we were part of Musica Medicina. We know each other since 11 years. Rahul was in Indonesia for a year and he picked up learning some tribal instruments from there. As was in a Turkey during that time, I learned and brought some instruments from there. We made good relationship with bamboo instrument makers,” shared Vishesh, a musician, workshop leader and sound therapist from Delhi. He has been traveling around the globe since 2010 collecting sounds, performing concerts, facilitating workshops and guiding healing sessions at yoga and meditation centers, festivals, culture and art houses. 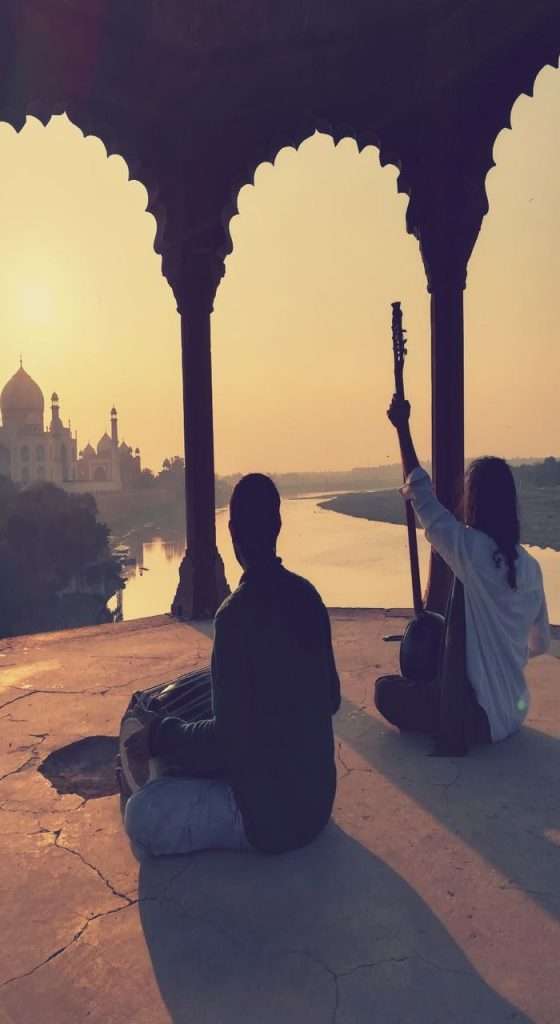 Rahul shared how music was part of his childhood, “At age five, I had started learning Tabla under Shri Govind Chakrobarty. But, the turning point in life came, when I lived in Indonesia for one year to learn Gamelan music, learning the art of bamboo crafting and instrument making and in Kyrgyzstan exploring central Asian folk music. Since last three years, I have been learning Pakhawaj under Pandit Mohan Shyam Sharma in Delhi. And it is till date the most difficult instrument to master.” Rahul educated; Gamelan is the most popular and famous form of Indonesian music. It’s an ensemble of tuned percussion instruments that include metallophones, drums, gongs and spike fiddles along with bamboo flutes. As for Vishesh, “The most challenging instrument was my first instrument Yayli Tambur from Turkey. I call it my mother instrument.” 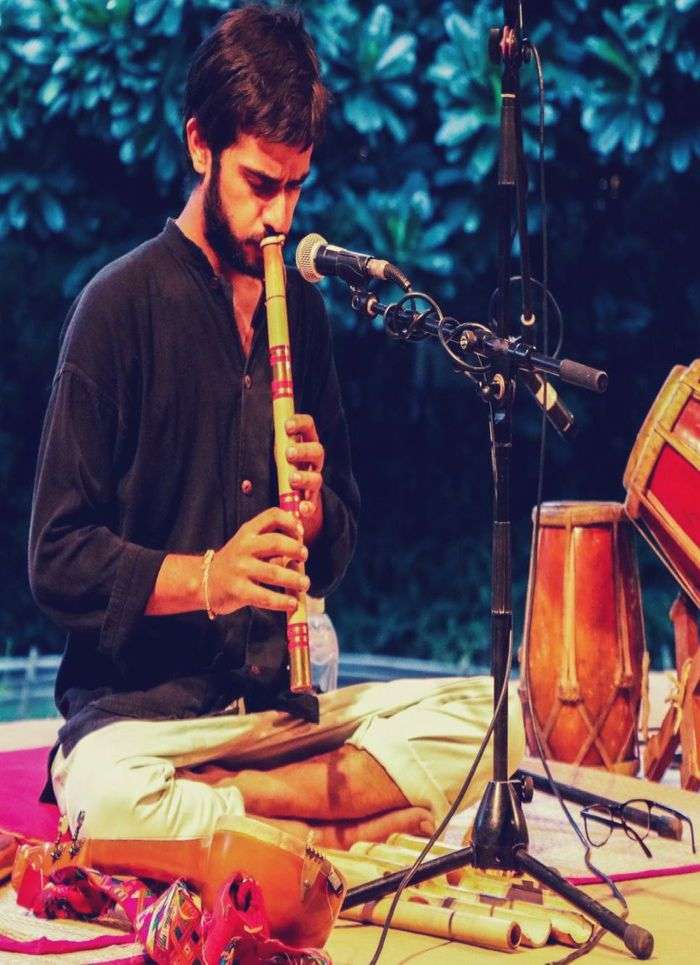 Musica Medicina offers a safe space and invites people into a journey of self-discovery. Their concerts, interactive workshops, retreats, art projects, dance and sound healing ceremonies create a non-judgmental environment where participants can reach their highest potential. The duo organise personalized one-to-one healing workshops for individuals and small groups. “The idea is to heal within.  Sounds create experience for people and for us also. Mostly it’s the instrument that takes the burden. Through workshops we share our sounds,” told Vishesh. In our workshops, one feels like closing the eyes and taking themselves on a journey. The concept of good and bad sound blurs and it’s easier to work on one self,” added Rahul. He is also the founder of the project “Bamboo mystics”, where he organizes Bamboo instrument making workshops. He is a musician, instrument maker, and leads workshops for kids as well as professional musicians. 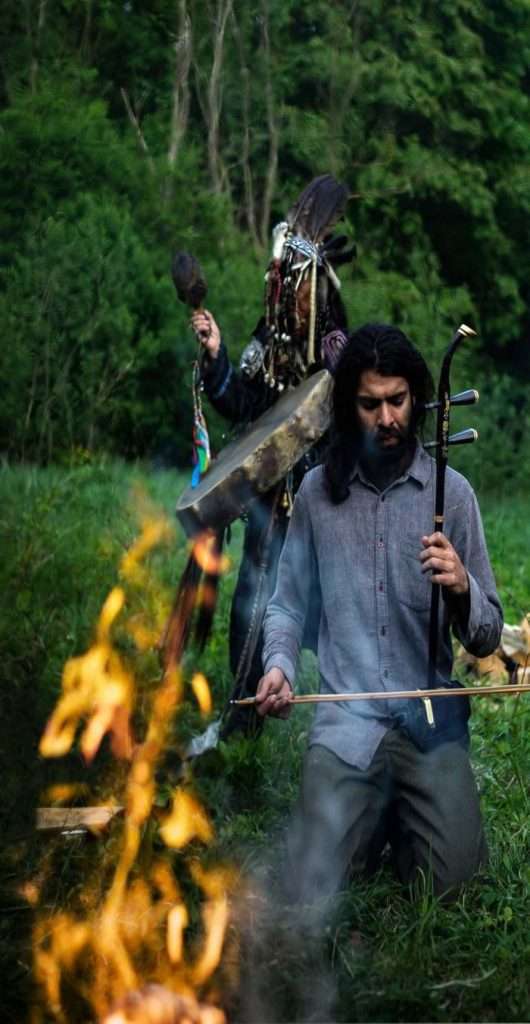 Vishesh creates tribal sounds through his throat which are quite stimulating. He told, “While creating the tribal throat sounds, I connect to the patch of the sound. It’s something in which you have to forget yourself and allow those sounds to come in. These tribal sounds are from various tribes of the world like Tulba from Siberia, Scandinavia, Amazon, Mexico, Korea, Indonesia, Darjeeling and Sikkim.” His vision lies in pushing and inspiring all to connect with their intuitive expression and thus create and find their sound to discover the magic that music can bestow. His theme of work is influenced from tribal and folk traditions but presented with an experimental approach.