Part 2 continues….
Placing contemporaneity in classical dance, Justin explains, “Something to remember is that throughout the 20th and 21st centuries, Bharatanatyam has, apart from the music already existing and having  predominantly ‘female-voiced’ lyrics, used many narrative and descriptive texts in Sanskrit and South Indian languages, been set to music, and has seen the creation of a huge number of repertoire pieces which explores narration and description. This often implies a number of different ‘characters’, thus offering a wider range for varied gender portrayals. These pieces are seen being performed by all the genders neutrally.” 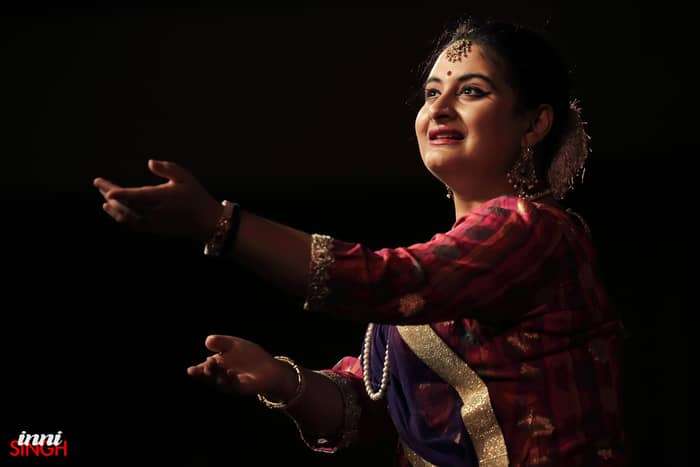 Talking of his own early choreographic works he recalls two pieces serving as pendants to each other, one using the Tamil Vaishnavite saint-poetess Andal as the central figure and the other using the Tamil Shaivite saint-poetess Karaikkalammaiyar, yet another female figure as the protagonist. Another is a version of Shakuntalam, taking only the first few acts dealing with the amorous encounter between Shakuntala and Dushyant, deliberately eschewing the ensuing drama and choosing instead to use the first few acts to create an intense experience of shringaar. Raajavilaasam, a hypothetical and poeticized day in the life of a king with his dancing girls, are a few of the women-centric choreographies he has dealt with.
When probed as to what inspires him to deal with such versatile characters, Justin McCarthy states, “Masculinity and femininity are but fluid concepts running through everything from philosophy to sex. Is it possible or even desirable for anything or anyone to be entirely ‘masculine’ or entirely ‘feminine’’?
My guess would be ‘no’.”
Another torch bearer of the Kalka-Bindadin Gharana, Ragini Maharaj, granddaughter of Padma Vibhushan Pt. Birju Maharaj, reflects upon the fact as to how Kathak was restricted to the male dancers traditionally. She quotes, “The abhinaya-bhaav of the females was also portrayed by men. They even dressed up in Stree Vesham or female attire for the same. The rules were and are applicable to both females and males. A female can portray Krishna whereas a male can portray Radha. For me, gender is just a ‘biological costume’ that we all are wearing. Dance has no gender.”  Academically having studied Sociology, Ragini thinks that men do not have any issues portraying the female characters, but if they do, it is definitely because of the social surrounding they are living in. “I have studied about gender and how the society influences us in many ways. I have realized that a lot of stereotypes are attached to the male Kathak dancers which could possibly be why men tend to avoid impersonating female characters.” If she as a woman doesn’t have issues portraying male roles, then why do men have such inhibitions being cast in feminine roles, asks an irked Ragini Maharaj. 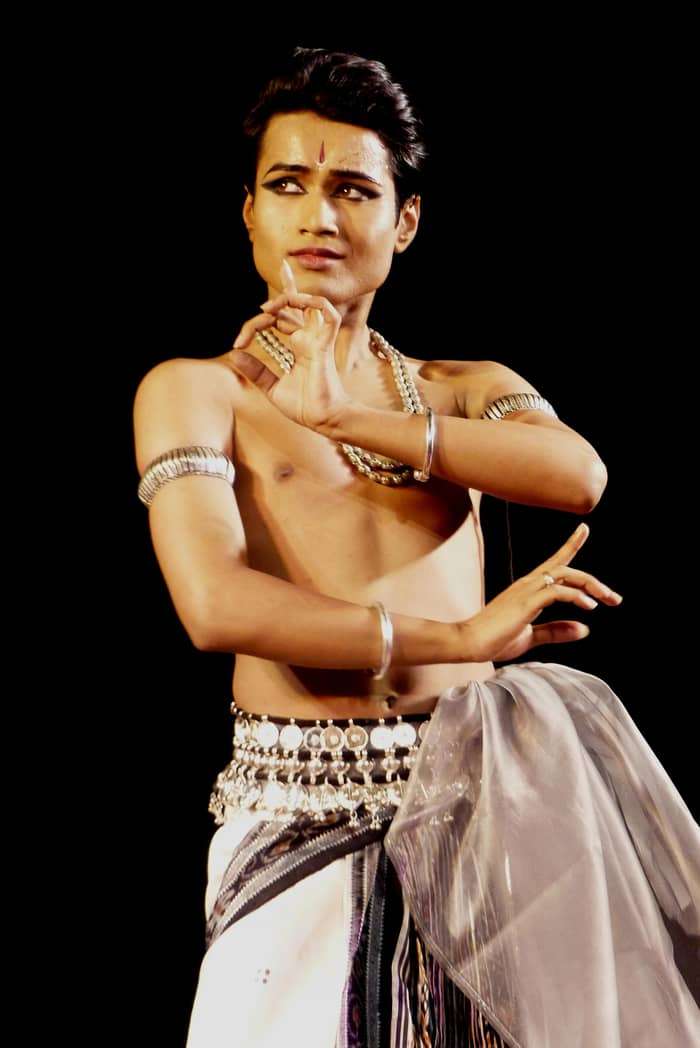 shot by Avinash Pasricha
As far as I, a practitioner of Odissi can see, forms like that of Maharis (ritualistic women dancers dedicated to Jagannath temple) and Gotipuas (dancer boys dressed as women) from which Odissi has taken shape, have co- existed for centuries. The stigma of what is masculine what is feminine is a Western concept reeking of Abrahamic rigid biases. Thus, historically tracing, British were in fact the ones who lead to the downfall of many art forms, not just performing but visual and handicrafts as well, basically anything celebrating the beauty of diversity. And this confirms ones belief that conformity leaves no scope for creativity.
The concept of ‘Ekharya’ (wearing a single costume) prevalent in all Indian classical styles, not only had the artist don a plethora of roles cutting across gender stereotyping, but the artist also had to create the imagery, the scenery and the sets themselves through their imaginative movements! Every dance style has its uniqueness, if Kathak’s laurels lies in its swift pirouetting, if Bharatanatyam’s lie in clean lines and gravity defying leaps, Odissi’s certainly lies in its grandeurous languor or sukumarata and alasya, not the stage hammering knife like sharp edgy movements which are sadly the current rage with many young dancers and choreographers. 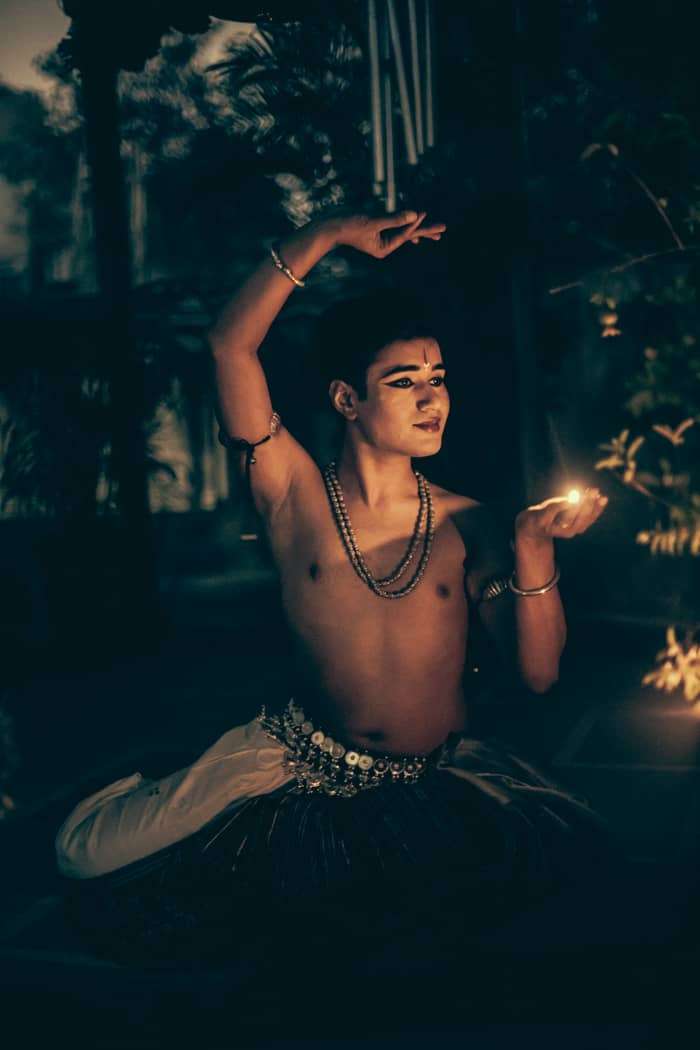 Shot by Mohit Kapil
It is my firm belief that all dancers whether Birju Maharaj, Balasaraswati, Kelucharan Mohapatra, Martha Graham, Uday Shankar, or Anna Pavlova and likewise, must have had androgynous qualities in them, else how can they be sensitive to the roles of the ‘other’ gender! To be an artist in true sense requires sensitivity of the highest order, or one is not an artist but a mere copy, recycling and producing all that there has already been.
My question is why even bother learn a tender art like this and spoil it with one’s misplaced sense of body dynamics where one can pursue more popular and acrobatically satisfying art forms fetching one the instant gratification one seeks! Why dance this when you cannot go into the dark forest of ambiguity?
I leave the readers with the concept of Vikruti Evam Prakriti from the Rigveda which talks about this Samsara and ruminates that if everything is part of nature then what seems un-natural is also but natural! Isn’t it?
0 comment
0
FacebookTwitterPinterestLinkedinWhatsappTelegramEmail