In conversation with Vidya Shah

Vidya Shah is a renowned musician from new delhi , india who began her journey in the world of music at the age of 12 wen she started learning south indian classical music as a carnatic vocalist. She trained herself in thumri, ghazal gayaki, and dadra to turn out into a passionate and soulful singer. While talking to her in detail about her career she expressed her love for Sufism and her personal favourites include mori araj suno from album MERE PASS RAHO. She writes on music for several publications and has contributed to the Encyclopedia Britannica. A popular performer and prolific composer, Vidya Shah is a recipient of the Senior Fellowship from the Government of India and the Charles Wallace Award for her project ‘Women on Record’, a performance highlighting the contributions of women performers in the gramophone era.
She has performed at various places from national to international level and one can listen to her soulful voice on youtube as well https://www.youtube.com/watch?v=E32- H5G2IVY

What was your idea behind to come out with a book like jalsa?

I have been a student of music from my childhood and largely I do classical music but I do lot of fusion with musicians from across the world like jazz , folk musicians in india . at some point I was definitely curious about when did it become alright for women to perform. In our county there has been always rules and restrictions around what is okay for women, how much is allowed how much is not allowed. Once I was doing performance years ago one gentleman came to me and gave me some very old music and said you should hear this so when I heard this I realized that the cassettes he gave me was of very bad quality and scratchy, the voice was not clear but a lot of it was what I had learnt from my teachers. I got a little curious about what it this music which is sounding so bad but it is also something what I have learnt. Then I started doing my research to understand who were these voices, who were these women  so this is where the whole idea started. The book comes out of a larger projects known as WOMEN ON RECORDS; its about the women who sang on the gramophone record but it’s also a fact that there is no record of women,we don’t know who they are where did they come from, how did they became so famous; that is the journey which has resulted in this book and also a documentary film. Its my effort to understand how Indian music, women, music market played an important role in celebrating music the way we do it today. Whether it is classical music, films,entertainment whatever you want to call it, a lot of it was also happening 100 years ago. So this project and this book is an effort to understand how music became commercial , started being sold or recorded therefore the democratic nature of music. Everyone could listen to it and it was no more restricted to rich nawabs and zamindars and all of this could happen only because machine invented.

Do you feel that women like gauhar jaan were a reason for the changing view of the society towards women?

This is something we don’t sufficiently admit that there have been certain people who have contributed to making of divas. Today we are able to see many film starts, women are doing brilliantly in films today, but how was it made possible for them to become entertainers. These women like Gauhar Jaan , Zohara Bai many of them played a very important role in making recording and selling of music successful because of their presence. They came from a tawaif background where they were trained to be entertainers. The fact  is that they sang their music on records like you read about gauhar jaan for instance; there were many british engineers who used to think” oh my god she is some sort of diva, where has she come from “they got afraid of her talent so yes to that extent they have played  very important role in defining how its okay for women to be performers in our country today.

Who has inspired you to write down your thoughts into words?

I am a women , and musician myself, I sing different kinds of music, this music was not considered to be good music 100 years ago and today you sing any kind of song on stage, listen to every kind of music from jalebi bai to chikni chameli no body says anything so the fact is that technology has all this possible. I feel that there were some women who helped in facilitating this process to make it easier for women in later years because of the fact that they agreed to record and that’s when other women said that okay if they can record even we can record because we are not sitting on stage and singing so nobody can see us. They paved their way, created their path for performance , to become into a performer to get recorded. 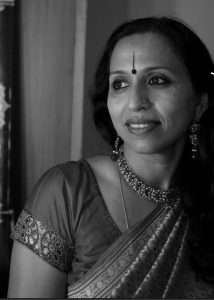 What steps do you suggest which are still required to evolve the society in terms of women growth ?

I think it’s not  just about women anymore young people needs to get introduced to this concept, this culture in a very sensitive way whether it is dance, theatre, music , puppetry, cinema anything. Its very important because there are so many distractions in todays time. Its very easy instead of sitting and practicing your music  for one hour,youth find facebook and whatsapp more pleasurable and why would you not do that ; it is much more fun to whatsapp with your friends. The whole scenario is very complex and in this complex state media can play a very crucial role in sensitizing young people from a very young age. Works of our culture can be shared through media so that they can appreciate, respect and moreover enjoy Indian culture in a much broader way or we say in a very aesthetical interesting sense

How has been your experience of collaborating on national and international levels?

I am very open to doing different kinds of work in my music . I have worked with lot of folk musicians in India also I like to contemporaries thematically also. I work with authors, I did a performance based on a book THE LAST MUGHAL  which is written by very famous Scottish author William Dalrymple  where he reads excerpts from his book and I sing from the time where the book is historically located of time 1857 then I did  WOMEN ON RECORD in performance which is fusion of music and visual performance because we use old archival images and some new images also  from old houses of Kolkata, Lucknow, Pakistan . I did a tribute for very famous singer Begum Akhtar who was a diva of ghazal singing; that’s my production where we got a storyteller, he does urdu storytelling and I do the singing part. On international front I am working with a new age composer from Switzerland and we are working on several productions together; it’s a jazz composition with a contemporary electronic feel to it. Then I am also working with an African artist who plays beautiful tribal instrument called Koran and he is actually an international phenomenon and we are doing series of recordings. its fun to push ones boundaries at different places.

What is next that we should be looking forward from your side ?

I am working on a couple of many interesting  musical albums. I will continue to work with the Kora player and my swiss partner as well then I am also working on a recording project on mahatma gandhi’s favourite bhajans .i will be doing a sequel to women on record known as SINGING THE TALKIES because when the films were made in 30’s and 40’s they were known as talkies so it will be my next project coming soon.