Kendra Dance Festival is back this year with new artists performing outside the Kendra domain for the first time.
Every summer, Shobha Deepak Singh, Director of Shriram Bharatiya Kala Kendra – Delhi’s most admired and renowned performing arts institution – curates a ballet festival that has poignantly portrayed the contemporary relevance of Indian mythology and folklore through majestic dance-dramas like meera, durga, krishna and more. But Padmashree Shobha Deepak Singh is not one to sit on past laurels. She tirelessly aims to innovate every year, and this year, for the first time, she has invited choreographers/performers from outside the domain of the Kendra. 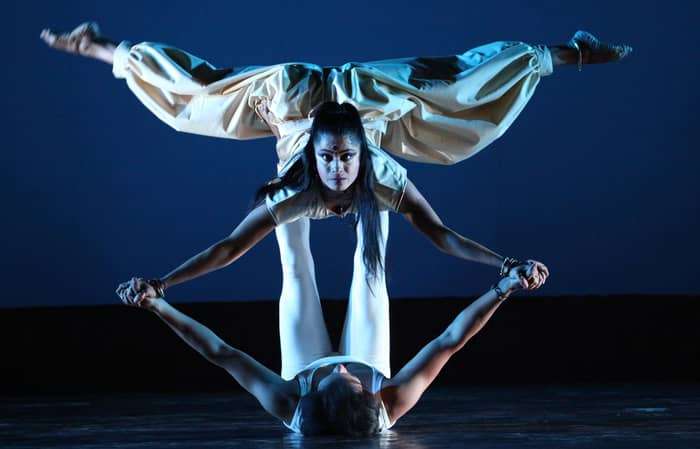 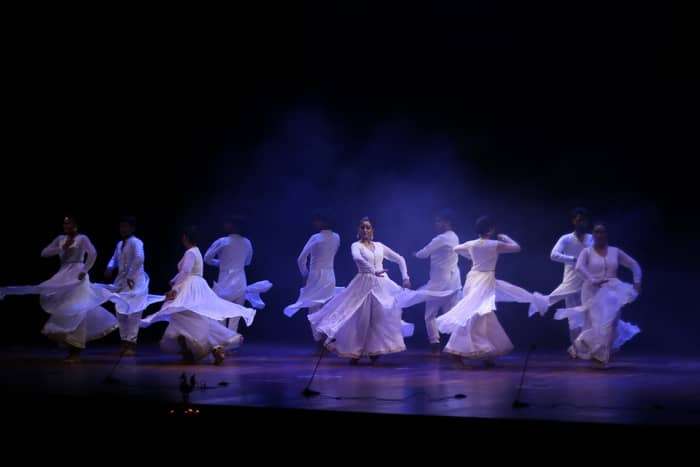 “The reason for inviting outside choreographers this year was to give a platform to these very talented yet seldom seen performers in delhi. also, it will be a new and unique experience for delhi audience to see a diverse range of dance-dramas, ranging from mythology to folklore, from history of dance to conservation and environment, from traditional dance forms to varied contemporary styles,” says Shobha Deepak Singh. Meera will once again witness the expressive Molina Singh portraying the trials and tribulations of the sufi poetess and Krishna devotee while showcasing the inherent strength of a woman’s conviction, Shree Durga retells the story of slaying the demon Mahishasura present even in today’s society, and Kaalchakra depicts a state of mind which forms an integral part of the Indian psyche, while plunging into and emerging from the cycle of human birth and death. 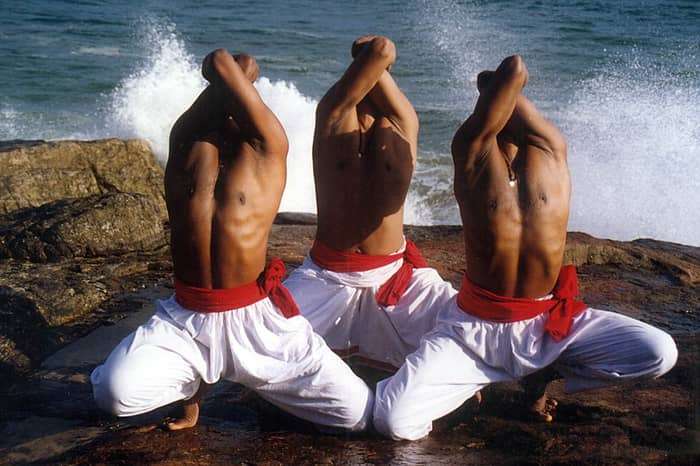 While Meera and Durga have been a constant on the Kendra ballet circuit, Kaalchakra has made a return after a decade. Kaalchakra commences with the Hiranyagarbh or – the golden egg. The Hiranyagarbh is covered with filaments of five elements – ether, wind, fire, water and earth. brahman, the soul of the golden egg, seeks to manifest itself in the form of state of non being to that of being. Initially the atman is in harmony with the five senses of sight, sound, touch, smell and taste. Soon, the senses take control and the atman becomes subservient to them. A desire for liberation gradually awakens in the atman. It begins its arduous, formidable journey towards its goal of emancipation from the senses. The atman thus makes a full kaalchakra of the cycle of life and living achieving moksha by merging into the supreme light of consciousness. Says Shobha Deepak Singh, “The idea of doing a ballet on panchtattvas took seed many years ago. Each of the tattvas provided potential for choreographic investigation and interpretation. A short item, by this name, was presented in 1987 and now I have taken up the challenge of doing these as a full length choreographic work.”
Samudra natanam-jalam  has been choreographed by Madhu  Gopinath  and Vakkom  Sajeev who are at the  helm  of  samudra (the  creative dance  group  in  Thiruvananthapuram, Kerala). Samudra has performed  at  prestigious  art  houses  like  royal opera  house:  london  and teatro  romano:  italy  to  name  a  few. The theme of this production is ‘give respect and save water’.  The first part of the production starts with depicting the myth that god varunahas brought water to the earth.  Various moods of water such as its calmness, romance and love are depicted through a narrative method which interweaves myth and reality. In the second part, the transformation from myth to reality happens where the misuse of water by the present world is portrayed.  The demon appears which a symbolic representation of those who contaminate water.  The destruction of life due to the scarcity of pure water and the water being contaminated is depicted.  The aftermath of this is the ‘pralayam’ (all-destroying flood) by the angered water. 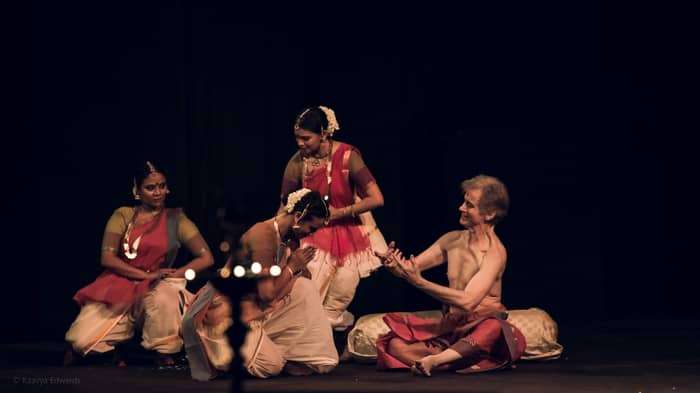 Justin Mccarthy has choreographed three new ensemble pieces in Bharatanatyam. Mccarthy says, “With the advent of mechanized documentation, the last century of dance is partially visible to us.  This production uses imagination to speculate on the place of dance in pre-democratic society, in non-public entertainment and in the natural environment.” The first piece focuses on ritual processions used to magnify the glory of spiritual and temporal rulers.  The dancers parade through an imaginary south Indian town three times –  the first time praising a god and a goddess, the second time praising a South Indian king and the third time praising a queen from faraway lands. The ending leaves the dancers wondering about hierarchies in general. the texts used are Sanskrit verses from Adishankaracharya’s Ardhanarishwarastotram, Tamil verses from Ilango Adigal’s Silappadikaaram and English verses from Edmund Spenser’s the Faerie Queene.
In the second piece, we are somewhere in South India in the 1920’s.  It is evening and a well-heeled gentlemen pays a visit to his beloved dancing girls. In the third piece, we are in both mythical and real time, sitting simultaneously on the banks of the beloved Yamuna of yore and driving along the banks of the beleaguered Yamuna of today. This piece uses a variety of texts-Sanskrit verses from Jayadeva’s Gitagovindam, English verses from John Milton’s paradise lost, anonymous engish fragments, lists of chemicals, and scientific reports on the quality of Yamuna water. The final ballet is being presented by kadamb that has during the last five decades emerged as one of the finest dance institutions in the country. choreographed by Kathak legend Kumudini Lakhia, movement and still includes aakar – a structure of the fabric of kathak technique, designed to create patterns in space and time; dhamar  – an  obeisance  to the  gods in heaven; padhant – the dancers recite the original ‘ bols ‘  of the Kathak  and Tarana – choreographed to the music composed and sung by Madhup Mudgal. Says Lakhia, “The search for dance in one’s body is ever alive. What you will witness now is an experimental idea which is a result of challenging one’s energies to create a contemporary piece of work. the process is one of attaining divinity.”

‘META stands for theatre and its welfare’

LETTER FROM THE EDITOR