It is debatable amongst scholars but it’s said, even Kathakali find its roots in all the ‘attams’ predominating its existence. Kutiyattam is one such form which is incidentally one of the oldest Sanskrit theatres of the subcontinent. This art form survived through temple patronage over centuries but in the contemporary scene is often performed in the proscenium stage.
Seher and Sahapedia, the online encyclopedia on Indian culture and history, in association with the Centre for the Study of Developing Societies, is currently staging one such six- day long Kutiyattam festival at the India International Center from 16th-21st August. And after attending just the first evening, one can with ease recommend it to all and especially performers who wish to observe the arts of rendering subtle abhinaya for hours. 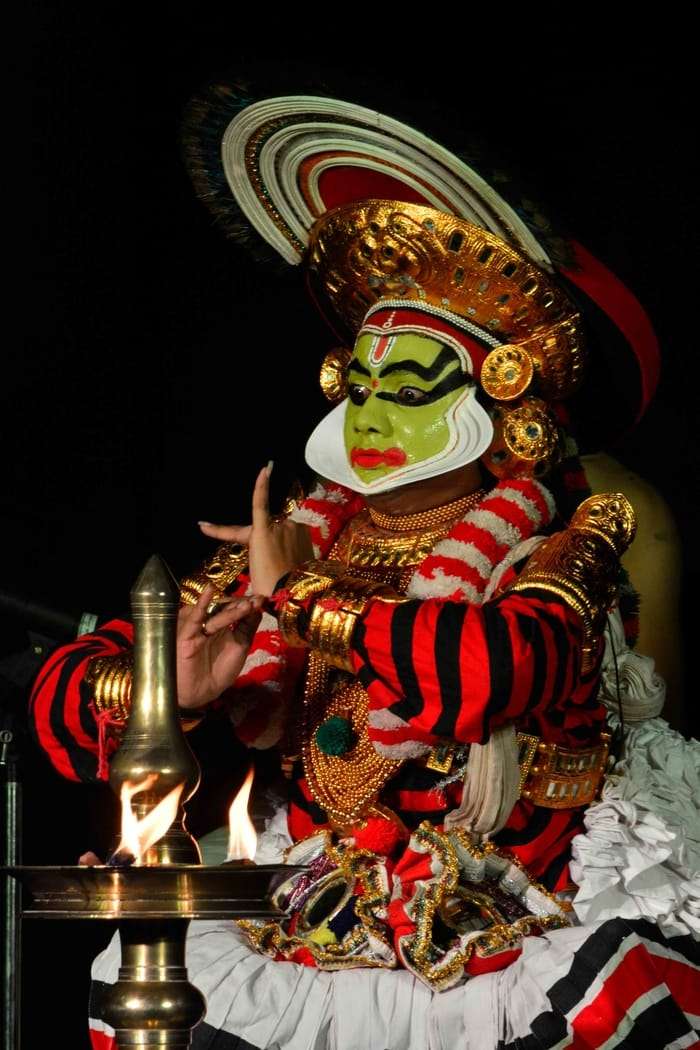 Not only was the artists’ abhinaya subtle but sustained too. Since the troupe Nepathya coming all the way from Kerala is performing ‘Surpanakhanam’, the episode on the first day began with the introduction of central protagonists: Rama and Sita. Surpanakhanam is the second act of Saktibhadra’s Sanskrit play Ascharyachudamani, based on the epic Ramayana. It describes an incident from Aranyakanda when Rama was in exile in the forest.
Rama and Sita, along with Lakshmana were happily living in Panchavati, when Surpanakha, Ravana’s sister reached there in search of a husband. And then a much known story is enacted out where Surpanakha on witnessing the beauty of Rama turns into a gorgeous damsel but is unable to seduce him. On not being able to even get Lakshman’s willingness to be with her, she tries to abduct him. This results in Lakshmana chopping off her ears, nose, and breasts; in turn catapulting another series of events which will lead to a long stretched war between Rama and Ravana. 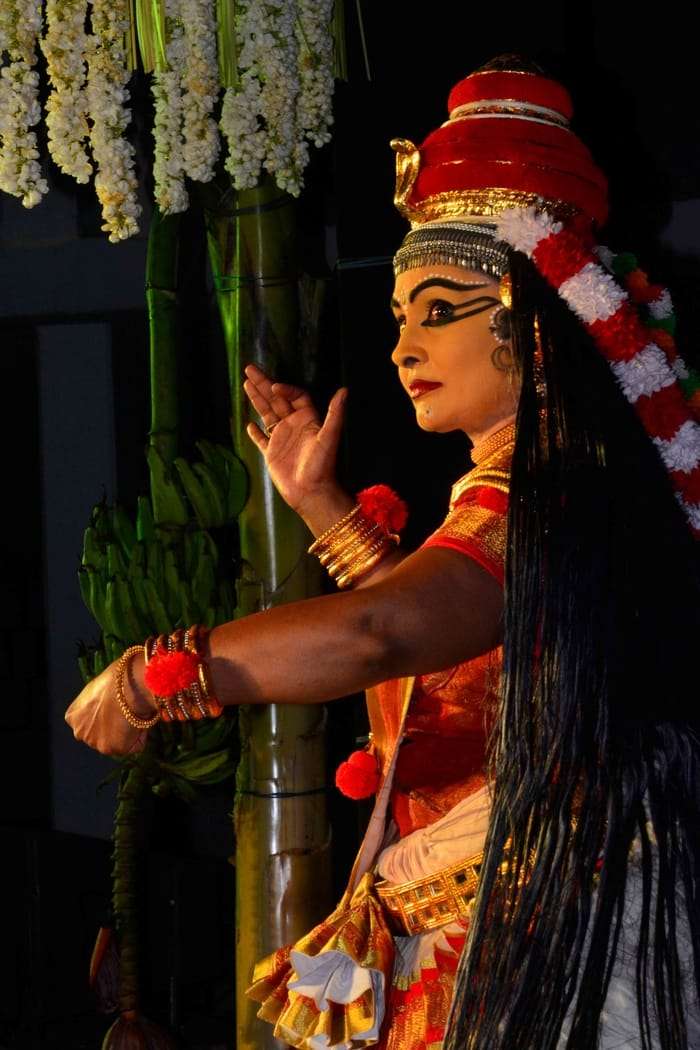 With edakka and mizhavu creating a trance like atmosphere, the actors through just a flick of an eyebrow described the workings of the world. Slow but subtle, this theatre art requires heavily the virtue of patience both for performers and the rasikas. But such is the beauty of Kutiyattam, which is sadly losing grip in the modern world and needs maximum support in being heard and seen. The LCD screen portraying the succeeding plots helped greatly the Delhi audience to understand the subtle nuances by the actors, which otherwise might have been lost. Another good example of how technology if well placed can help the growth of an ancient art without taking away even an ounce of its essence.
In this particular rendition of Uttara Rama Charitam Nangiar Koothu, Dr Indu G. plays Seeta, in the Sreeraman Purappadu, Nepathya Sreehari Chakyar plays Sreerama. Accompanists for the festival are Kalamandalam Manikantan, Nepathya Jinesh and Nepathya Ashvin on mizhavu and Kalanilayam Rajan on edakka. Talam is by Anjana S. Chakyar, Indu G. (for Sreeraman Purappadu) and Elena Mucciarelli; Chutti (make-up) is by Kalamandalam Satheesan. Photographs are by Sahapedia team, Ayan Ghosh and Kaavya Edwards.
The Kutiyattam performances are on till 21 August at the India International Centre in Delhi, from 6.30-9pm every day.