Kristina Dolonina was only 19 when she first set her foot in India in 1997. And the place she chose to be was Agra. There wasn’t any fault in her stars that she had landed in the city known to be the home of the monument of love — Taj Mahal. It was her love for the language, Hindi, that the Lithuanian was drawn towards the mystic land. She had chosen the language during her years of graduation. She was so smitten by its lyrical beauty that she came to India on a scholarship at Kendriya Hindi Sansthan.

That was a different time and era. As she recollects that getting a decent coffee was “unimaginable” in the post-liberalisation India, which had just opened its doors to the outside world. “It was quite challenging in those times. India was another universe for me. Also, because I was too young and hadn’t seen much of Asia. But it was quite fun and adventurous,” she says.

This is how Kristina’s love for India began and then onwards, she found varied means to come and visit the country. In 2000, she applied for another scholarship for Hindi, and as luck would have it, she once again landed in Agra. But, this time she was an experienced player and decided to travel the length and breadth of the country. She was so fascinated by India’s diversity that she always found out a way to come back. 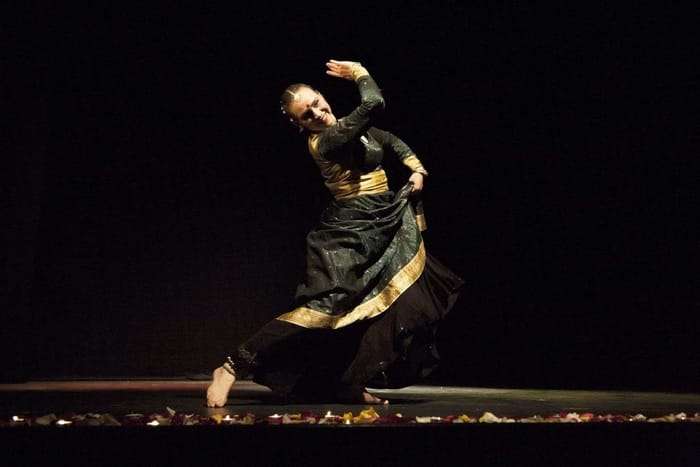 She is unsure what pulled her towards India: whether it was her love for India or Hindi she can’t decide. But after her exploration, she had developed a keen interest in the country. So, when she came back again in 2003 for pursuing an MA in Hindi from the prestigious Jawaharlal Nehru University, she knew she wanted to take up an activity in Delhi. “Back home, a professor friend of mine suggested the name of Shovna Narayan ma’am to me. That is how I first heard about her. So, when I went to meet her at her studio, I told her that I would like to be her student. She just looked at me and said ‘ok’,” recollects Kristina.

That moment has stayed in her heart because she had never imagined that a renowned dancer would be so humble and down to earth. Learning Kathak under her has been a privilege as multifaceted Shovana is a doyen of the classical India. Kristina, in a way, is married to India because she keeps coming back. This time too, she is back to be part of her guru’s annual event, LalitArpan Festival 2018 of Asavari. She had participated in it 2007, but being back on stage with her guru gives her a joy she can’t hide. “It is a proud moment and a privilege to be with her.” 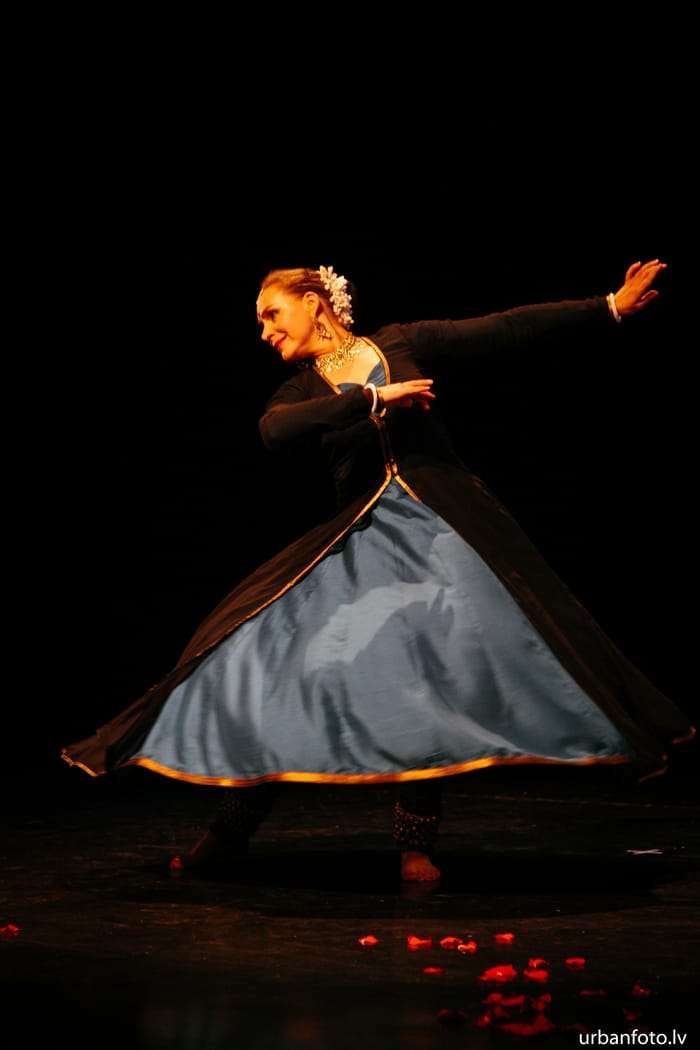 Back home, she has started a dance training school for Kathak and is also an active promoter of cultural festivals in Lithuania. “Initially, it was a bit of a struggle to motivate people to join the classes. Now they are showing a keen interest. We also don’t have a big diaspora… so such things matter. But there is a small movement and I can proudly say that I was the first person to open a school for Indian classical dance,” says the founder of Natya Devi Dance Theatre.

Kristina will be performing on Thursday, September 27 at The Stein Auditorium. The festival will continue until September 28.