At the eve of the staging of her home adaptation, Namaste Jaishree Krishna in Delhi on August 28, multi-talented music, theatre and film personality, Ila Arun speaks to us about the play

How did this play come about?
Namaste Jaishree Krishna is an adaption from a play called Greetings! by an American playwright, Tom Dudzick. When I read it, I immediately felt that this was quite suited for Indian settings. All it needed was a smart adaptation, meant specifically for the Indian audience. Adaption is a skilful art by which you can make anything yours. It should never look as if it was borrowed or taken from someplace. You have to infuse that element of creativity, whereby it appears the play was born in the new place.
What is the play about?
The play talks about belief and non beliefs and that, miracles do happen. You could believe in any religion and any God, but there is always scope for miracles. They may happen at any place or at any time.
Secondly, it is a comedy, and a very thought-provoking comedy at that. It forces you to think that you have to create a dialogue between the two generations, old and young. All of us have to wake up to the fact that there is an extra window in our lives which opens up to a very liberal world aided by exposure and therefore our responsibility becomes as much more to be able to adapt to the new setups. The truth remains that old people don’t want to change and the young don’t want to listen. They don’t even want to communicate.
So here is a family that lives in Delhi. The name of the head of the family is Nand Kishore Tripathi. The couple is very old and conservative. They have two sons – Mohan and Sohan (names of Krishna). Mohan lives overseas and is into a live-in relationship. Sohan is special child. It’s set around a reunion scheduled at Janamashtami. As the play progresses, complexities of life come to the fore in a very comic manner.
The play is nothing religious, but since it is timed around Janamashtami, this seems to be perfect timings and a great connect.
How do rate your journey?
It has been a very exciting journey and in playing various roles, – in the field of theatre, folk, singing and commercial acting — forget my age and remain a kid at heart. God has been kind to give me sensitivity to register my surroundings and capable enough to react to it. Our country has so much to offer, one just has to step forward and grab the opportunity. 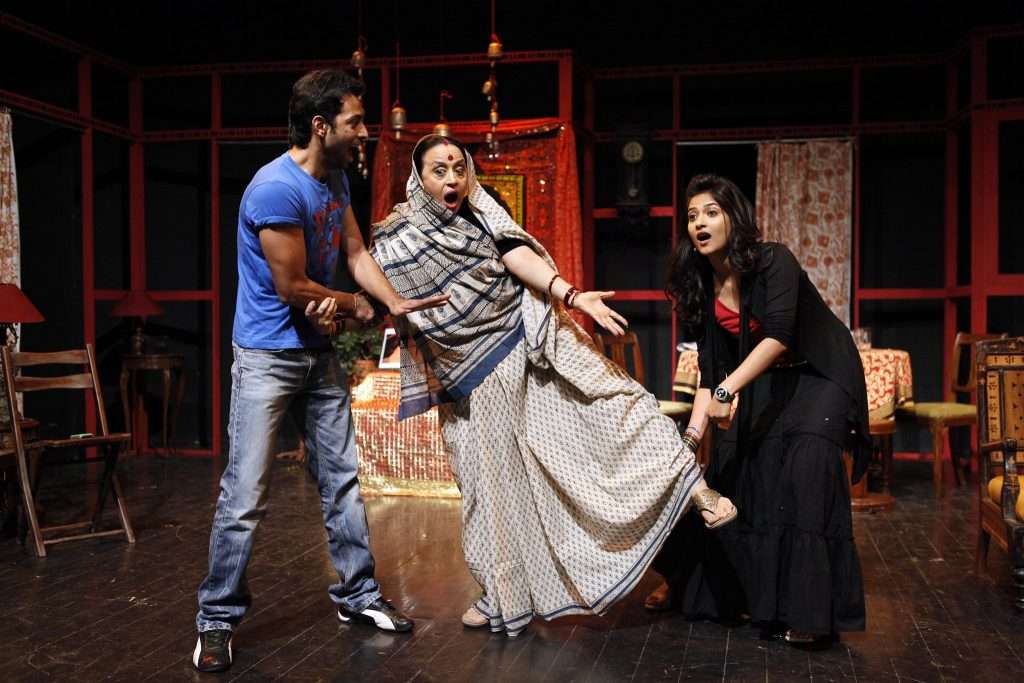 Tell us about the birth of Surnai
It was when I came to college, I started doing theatre with a bit of seriousness. I even enrolled in NSD for a short course. I worked under the guidance of some of the finest names Om Shivpuri and Sudha Shivpuri, Mohan Maharishi, Bhanu Bharti and Ebrahim Alkazi. It was Alkazi, who encouraged me to take theatre fulltime. Gradually, even as I got completely involved with theatre, I could not leave behind music and folk. My next chapter unfolded in Mumbai with a great association with Prithvi theatre. I formed my own group called Surnai, with K K Raina as one of the founding members. We did some amazing plays with some of the finest names and there has been no looking back since. Surnai is now a foundation.
Shaping up of the modern theatre
For a lot of theatre trained people who come to Mumbai, the focus is to get into film and television. Which is quite understandable as theatre does not pay as much. All I would tell them is to treat theatre like their mental gym – their best creative stimulant. My bigger grief, however, is that the promoters these days only want to push English theatre. This is a very selective approach and my fear is that the folk theatre would take a hit. All of theatre, including Hindi, definitely needs that commercial push.

Challenges of shooting in public spaces for Yaman Navlakha