It’s a dynamic world of art and there are plenty or rather say, everything surrounding us is a piece or an element of art for the artists. They see them as an ingredient for their creations or rocket launchers for their inventions and innovations. An individual or a group of artists work with installations and carve out the best out of them, every time as there is no one way to use  the elements in the environment. From pots of mud to colorful lights, artists have shifted their focus from the monochrome to visuals, on their canvases. Some find the motives of those elements in one go itself, while others have to dig until they find the best use of that particular ingredient. That is the specialty about all of the artists – they always have a different and a unique way to look at this world. They mould the shapes of different objects in a way that will beautify our surroundings. Either with the canvases or with installments, at different places! 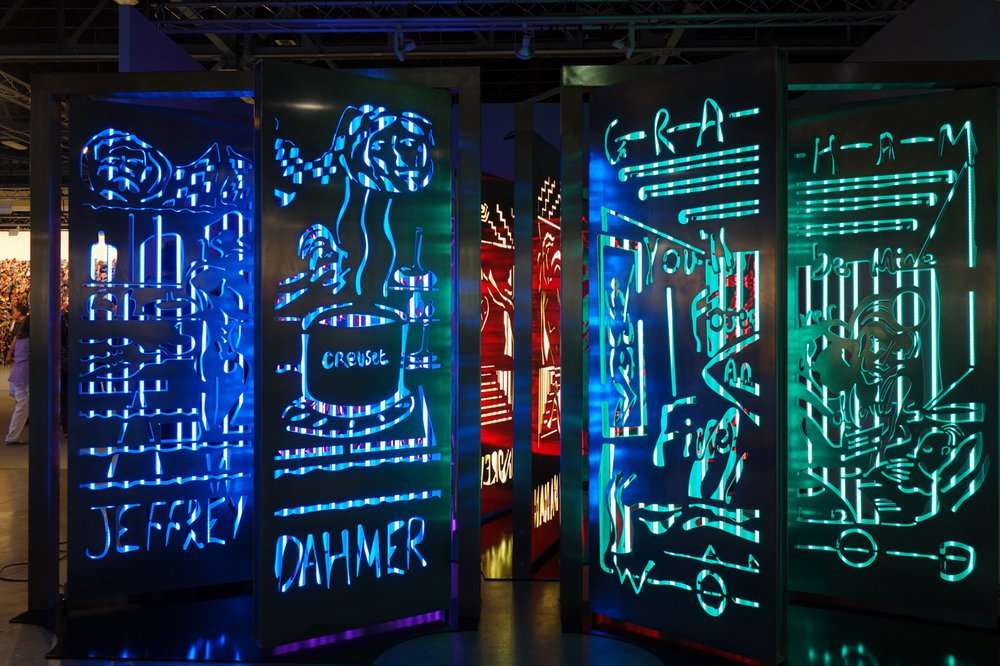 Villa design group is one of the renowned group of artists who chose different elements from their surroundings and became popular with their installations around the world. Inspired by theatrical sets and architecture, Villa Design Group uses installations, drawings, objects, and performances to explore the resonance of queerness in a dynamic world. The collective’s work emerges from their research of queer histories and figures, such as the 19th-century Russian writer Nikolai Gogol. The group uses this historical framework to construct environments and situations that enliven the past, using it as a model to question contemporary political formations and desires. Through an exploration of such concepts as identity, space, and design, they gesture toward a recoding of contemporary life. Formed in 2011 at Goldsmiths College in London, Villa Design Group consists of the American-born artist Than Hussein Clark and the British-born artists James Connick and William Joys. These objects are embedded in speculative narratives that ask what it might mean for a thing, not a person, to be queer today.

In March’14, they presented their first works at Mathew Gallery’s Berlin space. Their debut show, “Blue Moon,” addressed the group’s transition from performance into other mediums through a boardroom-like installation of neon lights, sculpture, and photography. A subsequent show at Mathew’s New York space—in which the trio presented a murderous allegory of themselves—won them a near-cult following overnight. Things have only improved. Their spring 2016 schedule includes a solo show at MIT List Visual Arts Center, inclusion in the Liverpool Biennial, and a group show at Museum Ludwig. “They told me they are working with MIT to create a tragedy machine,” says Mathew’s David Lieske, who recently let the group take over his Art Basel in Miami Beach booth with a gruesome series of neon-lit security doors.
Even though this group consists of three artists, Than Hussein Clark has been more active than the other two. But all the three artists have been into installations only, since the beginning of their respective careers. Exploring authenticity, gay culture, and theatricality, Than Hussein Clark constructs interiors in order to reveal underlying aesthetic values. His Waves installation incorporates a hand-tufted carpet constructed to look like a gilded stucco ceiling, ornamental bronzes, wooden stools, and painted curtains to impose a spatial and functional reversal on Viennese Neo-Rococo and Japonisme architectures. The intent of such works is to address citizenship, anxieties, aspirations, and aesthetics. 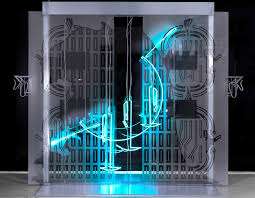 Their most recent installation is about the same theme that they work on – Queer-ious objects!

Tragedy Machine, Villa Design Group’s new body of work realized for the List Visual Arts Center, comprises sculptures and a four-act theatrical production imagining the potential of an automated machine or software with the ability to compose tragic and dramatic scripts. The exhibition includes three large-scale architectural installations, sculptural costumes, and lighting that considers this potential and also reflects the group’s interest in set design and staging.

This world has a lot to offer and people have still, a lot to contribute to the basket of art and ideas. Grabbing opportunities is just one motive of all the artists, struggling to paint the canvas of their options. Whichever way comes in, they set their goals and work hard to make their identity as big and strong as their installations. Villa design group is just one of those emerging artists that others should watch out for, in 2016! 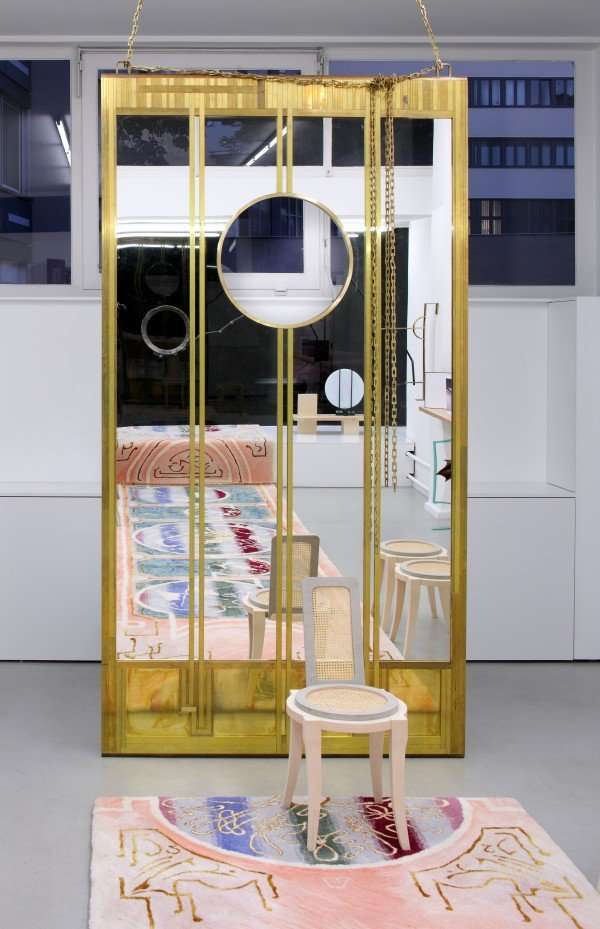 They have beautiful brains to recognize the new talent, growing out from the newly-sown seeds, and water their plants of innovation. They observe and absorb the world around them, using new elements in the environment, and installing them in the newest way possible. They have made this world lit and beautiful with their own thoughts and the way, they want to see at! 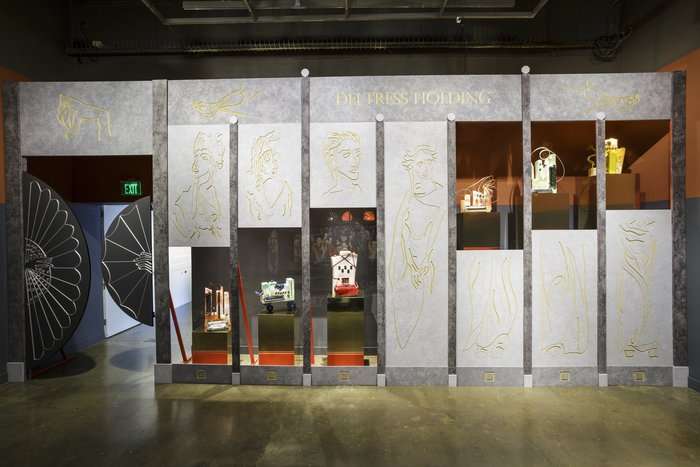 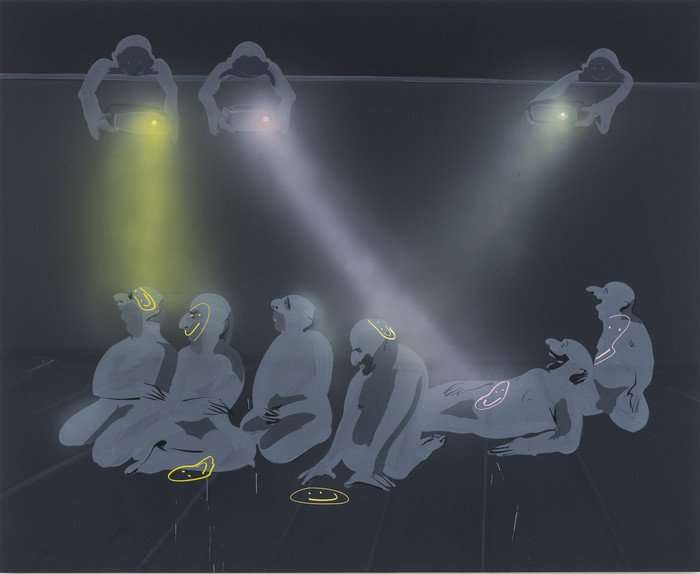 Business of Art by On Course Global