Since their inception in November 2006, Jazba Theatre Group has been organising one of Delhi’s biggest collegiate theatre events. After establishing their reputation as one of the respected theatre festivals, an irony struck in February 2011, and the group lost one of its finest members, Sagar Nagpal. That is when the group decided to dedicate the festival to him and rechristened it as Sagar Nagpal Memorial Nukkad Natak Competition in 2012. Since then, the spread and scale of the annual competition have grown exponentially and a testament to its growing popularity is the fact that for the first time they moved out from the boundaries of colleges and took the final level of the competition into a public place. The venue, as eclectic, as twelve final competitors, the corridors of the popular modern landmark, Select City Walk Wall mall, in south Delhi had transformed the mall into a space of dissent and debate. 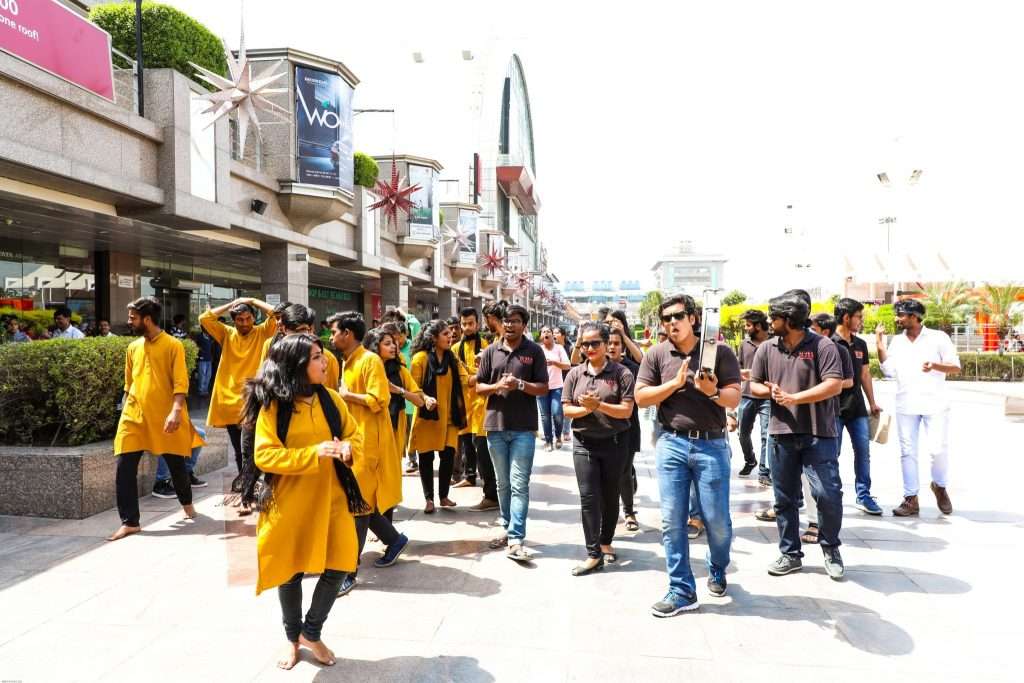 This year, the festival paid a tribute to veteran actor Om Puri, who passed away last year, and Sagar Nagpal, as both had been flag bearers of theatre activity in India. It was with these remembrances and nostalgic stories the platform for the final competition was laid open for public on Thursday morning and a non-stop series of thoughtful conversations was offered to the public.
Touching upon themes of nationalism, freedom of expression, discrimination of LGBT community and child sexual abuse, migration and the growing environment of fear, dramatic societies of all the colleges had got all their creative juices in one place and looked focused and determined to win the coveted prizes. 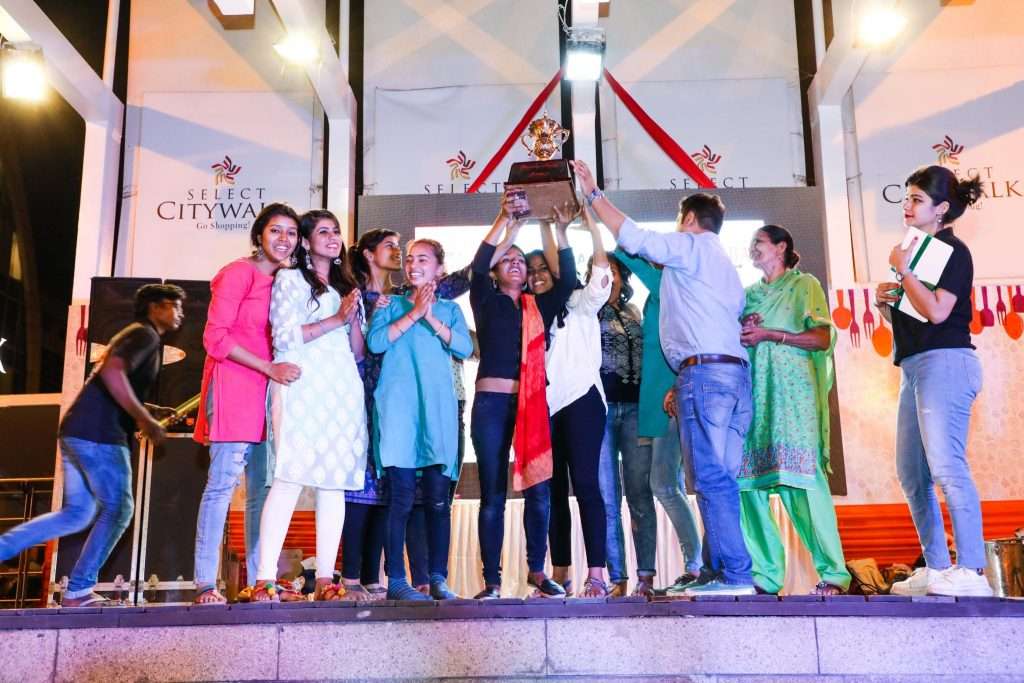 The way these bright young trailblazers enacted and presented the plays did give the judges Sukriti Yaduvanshi, Jazba alumnus, Pragati Bhalla, who teaches at Jamia Millia Islami and Mahadev Singh from National School of Drama – a tough time to decide on winners. But, after several permutations and combinations, they declared the names of the winners, who owned every bit of the appreciation and applause for their marvellous performances.
Navrang, dramatics society of Institute of Home Economics took away the first trophy for their fantastic depiction of repercussions of violence in our society in the play, ‘Hinsa Ke Viruddh – Dharamyuddh’. This is their consecutive win in a row. The second prize for the best play was earned by Maharaja Agrasen Institute of Technology for their presentation ‘Paperwork’ that also had undercurrents of freedom of speech and expression. The third prize went to the dramatics society of Guru Tej Bahadur Institute of Technology for their play, ‘Situation Under Control’.
The prize for best actor (female) went to Chitra of Indira Gandhi Delhi Technological University of Women’ for her role in the play, ‘Dear Sabina’. And the award for the best music, which is also known as, Aman Saxena Award went to ‘Situation Under Control.’ 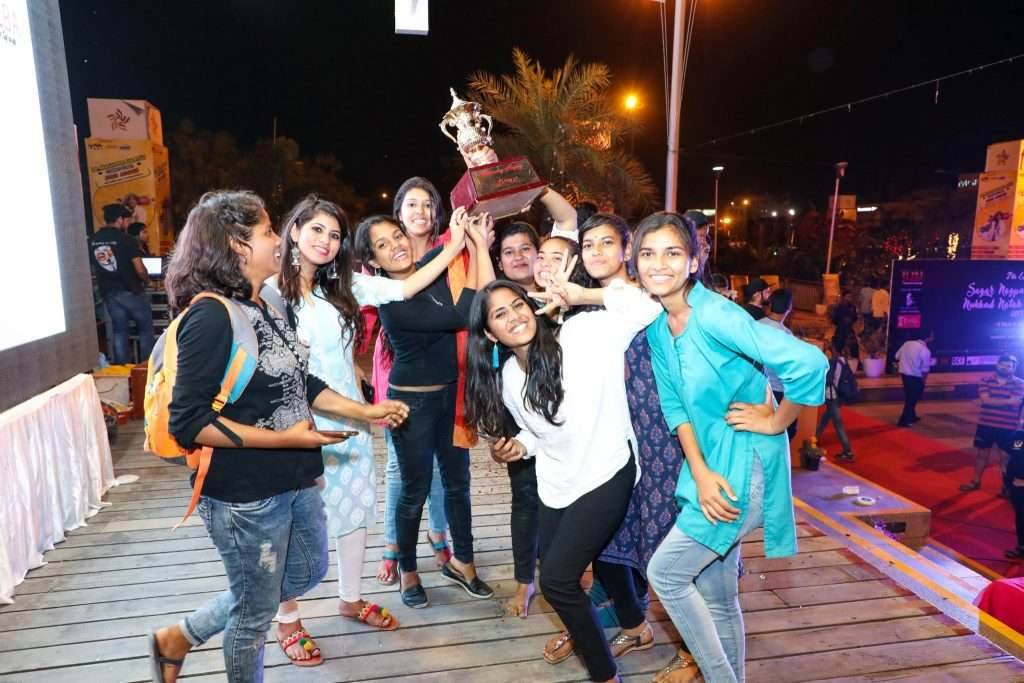 Also, what was interesting was the way students of Shaheed Bhagat Singh College narrated an everyday story of child sexual abuse in their play, Thoda Dard Hi Sahi’, They used the format of a cookery show and the lead narrator described the series of events and threats in the form of ingredients and cooking temperature. Such engaging was the concept that it came as a no-brainer that this presentation won the award for best script and actor (male) at the festival.
Themes like LGBT and same-sex love too found its way into the plays and students of Sri Venkateshwara College raised questions about the way people in power decide the right and wrong in the society.
But what was interesting for me, personally, was the fact that often the older generation is dismissive about the youngsters of today, who are blamed for being absorbed in vanity and selfie culture. These observations might still be true to certain extent, but witnessing the wealth of talent and creativity our future generation has, and the way they understand and are willing to address societal evils gave me hope that the future isn’t bleak. These young guns are inclusive and responsible and the themes they had chosen to enact and the way they had executed their plays definitely need a big round of applause. And with a growing platform like this competition, one is hopeful that theatre culture across the city, especially in the colleges will grow and so will the ‘jazba’ to do better among college students.