Money is a Big Bad word in the world of Indian classical arts. Something which is so highly spiritual, is so deeply involved in religion, and is so divinely uplifting, cannot ever be measured or bought by money. Although all that is true and fine, the artists, the practitioners, the perpetrators of these divine arts still need sustenance to keep their kitchen fire burning, to put some food on the table! 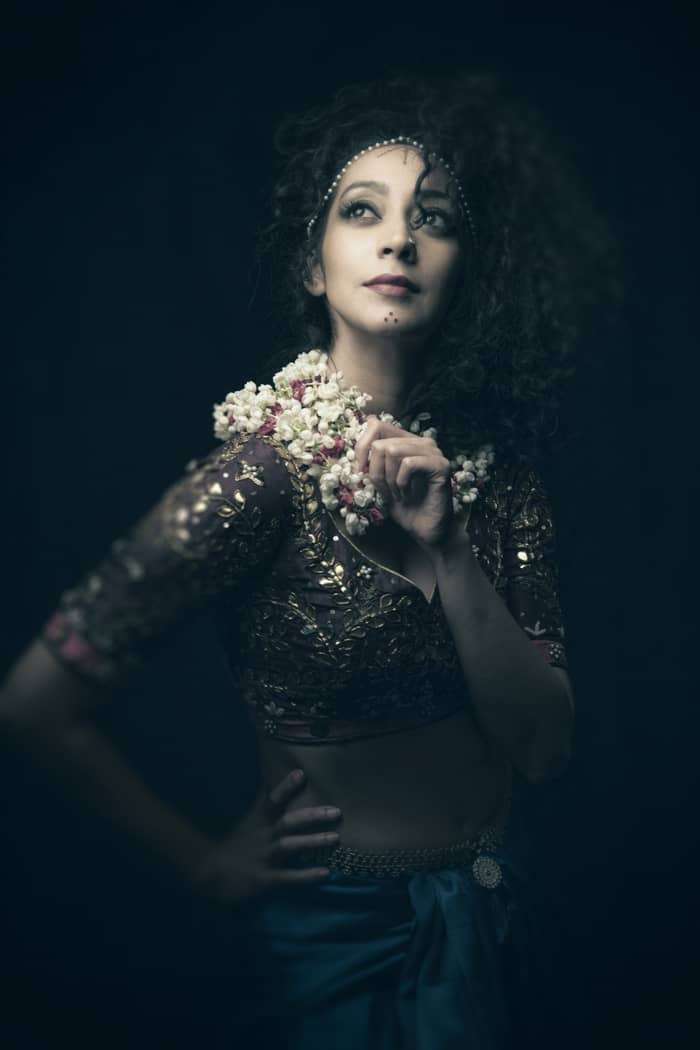 Mayuri Upadhya
Speaking in a more refined way, there was the concept of Patronage which existed since time immemorial where Zamindars, Nawabs,& Maharajas who were wealthy yet discerning patrons kept scores of artists in their courts, under their patronage, to just create sophisticated works of art. Government sponsorship came in to being post-independence, to now the current scenario where corporate houses: the modern day Moguls are pleaded for patronage through their CSR efforts and concepts like crowd funding are emerging. 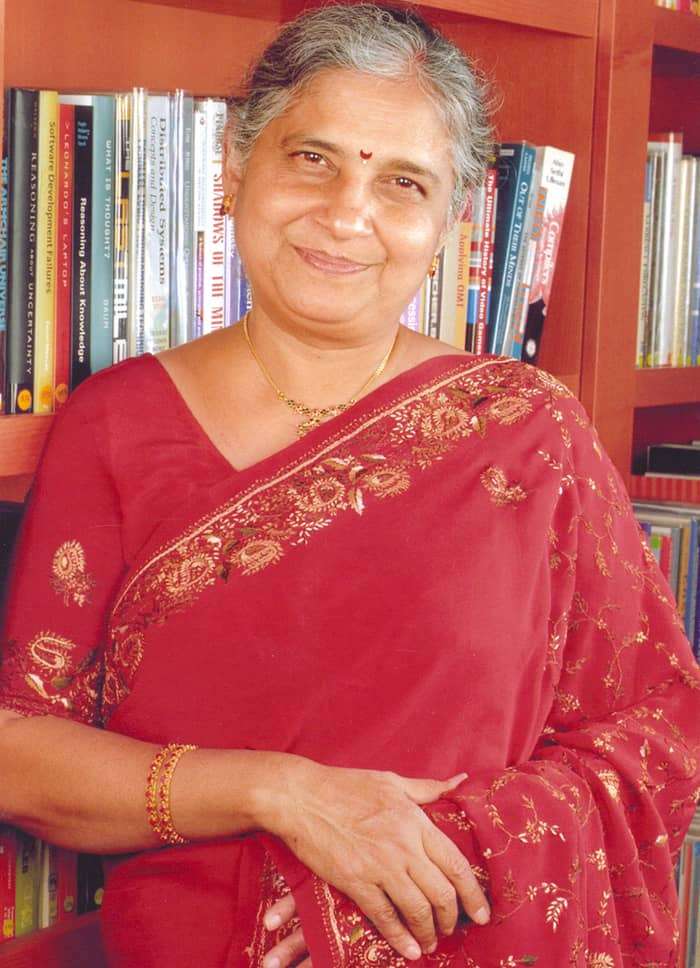 Sudha Murty
The bottom line is that without patrons, arts can never exist! Thus we explore this journey with young & veteran artists, art administrators, philanthropists, and others to understand the contemporary scenario of this very complex phenomenon called Patronage.
Mayuri Upadhya, Artistic Director of Nritarutya Dance Collective which has performed for, from the Queen of England to Amitabh Bacchan is now exploring this novel concept of gaining sponsorship known as: Crowd Funding. When asked as to how successful her venture has been, she quite truthfully states, “Well, the people who came forward for funding were the well-wishers of our company who already knew us and would have anyway donated if we had asked.” That way no newer audiences have been reached since people are hesitant to part away with their money, even for a good cause. But since we have seen strong examples in the genre of film making where crowd funding created full length feature films, we’re still exploring this avenue in the field of performing arts and hoping for the best. 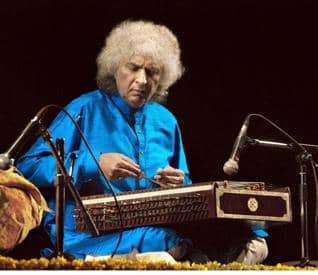 Shivkumar Sharma
Stringing a similar tune Sanjeev Bhargava veteran arts administrator & Founder Director Seher says, “Crowd funding is like the ashirvad(blessing) which audience gives us, but it remains an icing on the cake, less said about its sustainability the better.” He goes on to say, “We have been battling for marketing Indian classical arts for the past 15 years through Seher in public spaces. Ananya Festival at Purana Quila, Bhakti Utsava at Nehru Park; all these large public festivals were started back then. Though it was and is still difficult since every time I go to a corporate sponsor they keep asking me where the footfalls in classical art events are?” 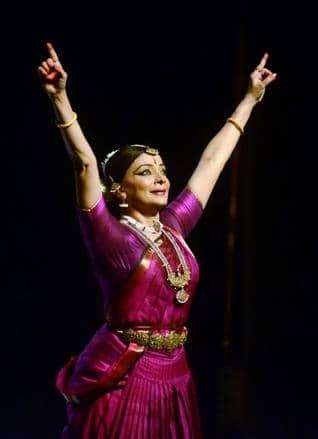 What is the visibility of their branding, how many eyeballs are they catching, who are they able to advertise their products to? Everything in the corporate world takes place in a give and take manner. You give them the footfall and you’ll easily get the sponsorship.
CSR came much later, even after it was included culture and arts still remained elusive from their priorities. How can a nation develop if the giant financial administrators do not understand that thesupreme USP of India is its cultural heritage! The government sponsorship: I would prefer not to call it patronage since the merit factor more often than not, is missing in its selection of artistes. 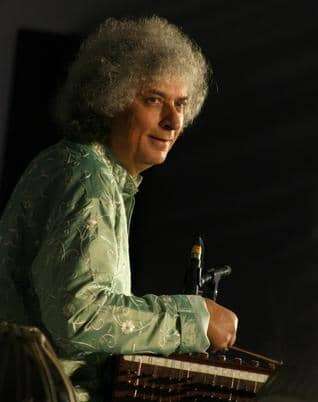 Shivkumar Sharma
“This is why I prefer to work with sponsors who give me unrestricted freedom to create festivals of excellence. Then obviously the pressure falls on me that if I do not present the ‘A listers’ who can showcase the most elegant of arts, it is my and my organization’s reputation which shall go down the drain. That is the only way I think one can keep sponsorships going and producing classy works of art.”
Preferring philanthropy over sponsorship Malavika Sarukkai ace Bharatanatyam danseuse, Padma Shri, SNA awardee, & Member of SNA says, “I grew up watching star dancers like Yamini Krishnamurthy, Sanjukta Panigrahi, & likewise but never really focused on the politics of how they were presented. Of course the set up was different back then. There were regular concerts and if one had made a mark, the sponsors naturally invited you, that’s what happened with me.” 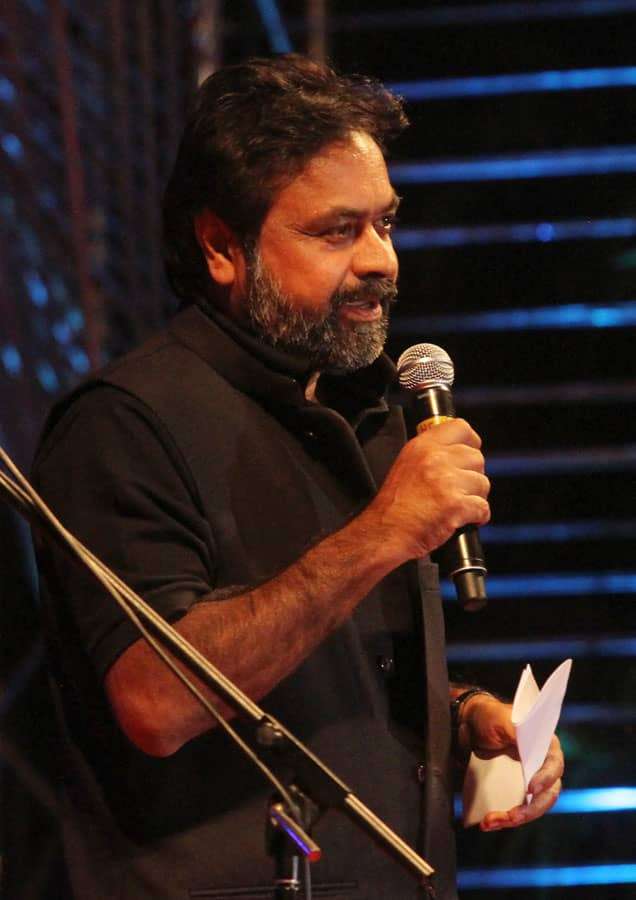 Sanjeev Bhargava
Also back then, there were not so many people. There was no concept of applications to Sabhas or anyone. But right now the scene is so congested that in the noisy din produced by whole lot of average artists, the genuine few are getting drowned. “I detest this process since sponsors shouldn’t really treat the young yet serious dancers like the million other mediocre ones.”
It is ultimately all about the dire need which we as a society should have, to celebrate excellence! “This brings me to another point, since dancers today are left to fend for themselves, they are producing art which is eye catching and more physical. The leaps are perfect, the jumps are high, but where is the heart?”
I want all to hear me saying this: “Today artists need philanthropy and not sponsorship!” We need corporates, and wealthy individuals to come forward and say, ‘We will nurture the artists and help them produce excellent pieces, you just delve deep in to your art and leave the rest to us!’ 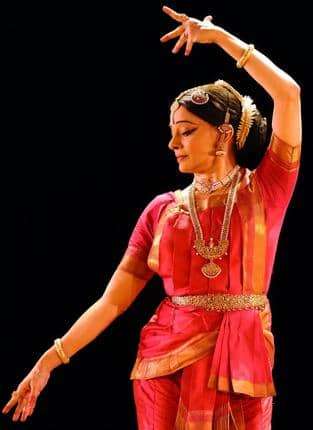 Malavika Sarukkai
Echoing this call of philanthropy for Indian classical arts, a giant in the arena Sudha Murthy an avid philanthropist, Chairperson Infosys Foundation, reveals how last year alone Infosys Foundation spent more than 11.1 crores on promoting traditional art, dance and crafts of our nation. Her foundation assisted several underprivileged artists and authors by offering financial assistance, promoting their art, or helping them receive recognition.
She says, “This feast I have been able to carry on because of the generous character of my husband (N. R. Narayana Murthy founder of Infosys) and the culture with which we built the company. We deeply understand the need for protecting and promoting our traditions, since our culture very much builds the fine threads of our entire society. If our traditions unravel, unravelling of our entire society on which we Indians so pride ourselves on, wouldn’t be far behind!”
Sudhaji firmly states, “Look at our country, actually it’s a subcontinent: plethora of foods, customs, philosophies, and people co-existing in the most cultured manners for more than 5000 years. Isn’t the Indian identity made up of this? Or is it the pizza and burger joints with which we identify our nation? I will not speak about other corporate houses but for Infosys the priority of propagating our rich cultural heritage was, is, and shall always remain of paramount importance!” 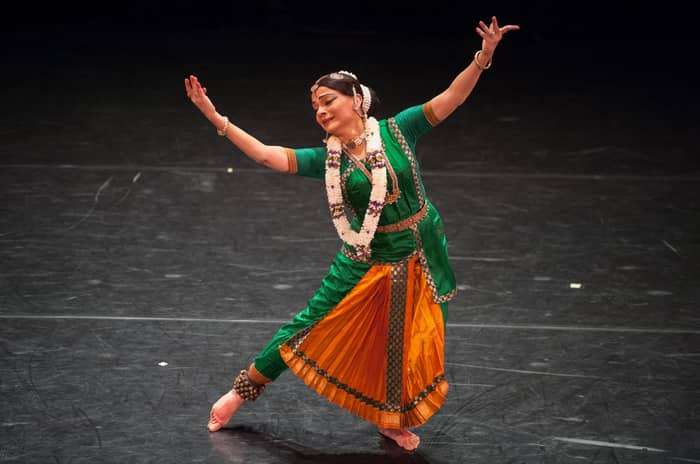 Malavika Sarukkai
Again, the age old wisdom of our Gurus comes to our rescue. Pt. Shivkumar Sharma champion Santoor Vadak, Padma Vibhushan, Padma Shri, SNA Awardee, & Member of SNA not only articulates how royalty helped him establish Santoor but also gives us a solution as to how patronage should be, to create artists in the current scenario.
He tells, “Santoor has a deeply spiritual patronage history, as it developed amongst sufi singers who played it in the Kashmir region in ancient times and thus it had a folk feel to it. When my father and then I decided to bring it in the mainstream classical genre, again it was the patronage of His Highness Maharaj Hari Singh and his son Crown Prince Karan Singh who helped us accomplish this task.”
“I have been working in close proximity with governmental agencies since 1952 when I broadcasted my first piece from Akaashvani. My father Uma Dutt Sharma ji was in fact employed by All India Radio and was the music tutor of Yuvraj Hari Singh. So we had patronage both from royalty and the government and that is how artists existed in those times.”
Now what happens is that although the bureaucratic systems which have come in place in face of ICCR, SNA, and so forth; although they mean well but because of the structure with which they’re built, the results are uncertain. “I would not take any artists’ names but they list so many countries which they’ve been sent to abroad by government but hardly anyone knows them in Mumbai, Delhi, Calcutta!” 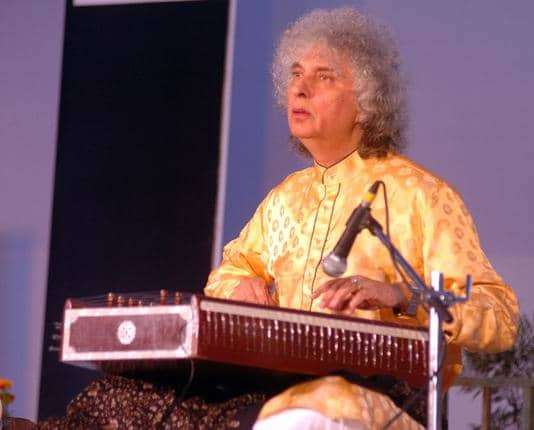 But then there are some corporate houses like ITC which built the ITC Sangeet Research Academy and artists like Rashid Khan, Ajoy Chakrabarty, are all products of it. Success was achieved only because Vijay Kichlu the first Director maintained that the administrators would not interfere in the teachings of the guru-shishya parampara followed in that Gurukul and voila you had artists being produced under the patronage of this modern day Mogul!
“We as Gurus are working our bit by training students for the past 45 years without any fees, now is the time for Government and Corporates to come up and help us!”
0 comment
0
FacebookTwitterPinterestLinkedinWhatsappTelegramEmail

Lahore Biennale director on the inaugural edition and challenges it entailed

Theatre is already inherent in dance as dance is in...