Born and brought up at a time when the City of Pearls started flourishing, Satya Srinivas is a Social Ecologist, Writer, Poet, Painter and Photographer. While being associated with various national and international organizations on several natural resource conservation initiatives, he travelled intensely to rural areas and forests in order to make the rural and tribal population aware about the environment around them and accessing their rights. During the course of these years of travel, he found a companion in his Manual SLR camera.
What started as means for documentation led to much more.  Through his travels and photographs, he was inspired to write, especially poetry. The poetry led to an occasional sketch too at times. He considers poetry to be an emotional outburst of a moment, much like William Wordsworth.
He recently held his first solo art exhibit called ‘#20 Memoirs’; he’s published his poems in both English and Telugu. While his photographs weren’t available for sale earlier, he is soon going to put them up for the same. Organized, simple and humble, here are a few photograph, sketch and poem compilations from his archives: 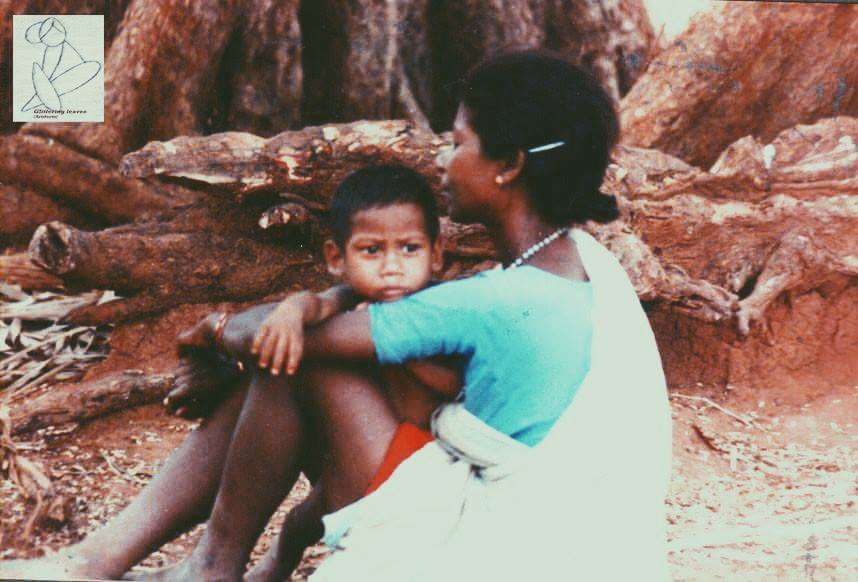 Why does the rain ought to wet every inch of the ground like a prancing deer for a single footprint?

He departs by narrating everything
in few words
A parched earth
turns into green meadows
with a shower.

After a thousand and one wishes, there comes another unfulfilled wish – Life
The same thought like a chronic disease
A jute bag over the shoulder; life tied around the neck, bearing with an invisible thread…

Boy and the Sea

His thoughts
float
For the return of his father
In child’s memories
concerns are
paper boats.

In Silence the Secrets Speak