“When Victoria was born, she was fifth in line to the throne. At that point it was just a chance that she will become the queen. There was still a potential that one of the other ageing, debauched, overweight brothers of her father might have children, leading to her position being reduced,” said Historic Royal Palaces curator Claudia Williams, one of my guides at Kensington Palace. 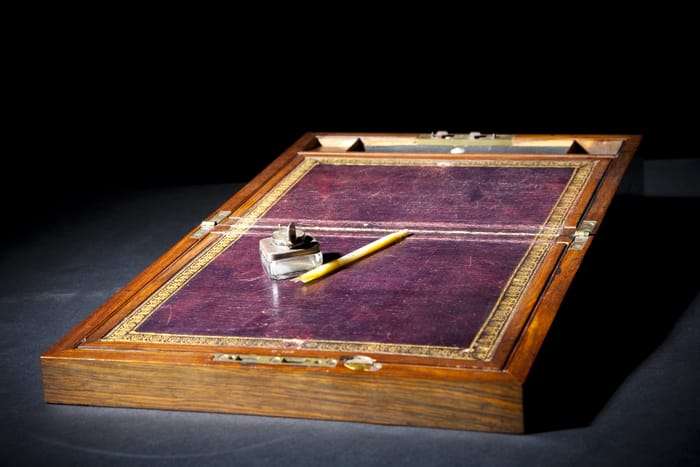 Even as I look out of the floor-to-ceiling glass windows of the 17th century Kensington Palace, its emerald grounds seem to be aflame with sunshine on a rare spring morning. The background score to this scenery is a delightful narration of palace anecdotes, ringing loud and clear from the very same precincts where Queen Victoria was woken up on the morning of June 20, 1837 with news of her accession to the throne.

I am inside one of London’s marquee monuments, which the royal family has been calling home since 1689. Every room in Kensington Palace bears testimony to the sweep and swirl of the Victorian era for it is here that Princess Victoria first saw the light of day in May 24, 1819. Although daily life marches on for commoners in other pockets of London, Kensington still counts amongst the foremost royal residences and its current celebrity inhabitants such as Prince William, Kate, and their children are adored across television screens of the world. 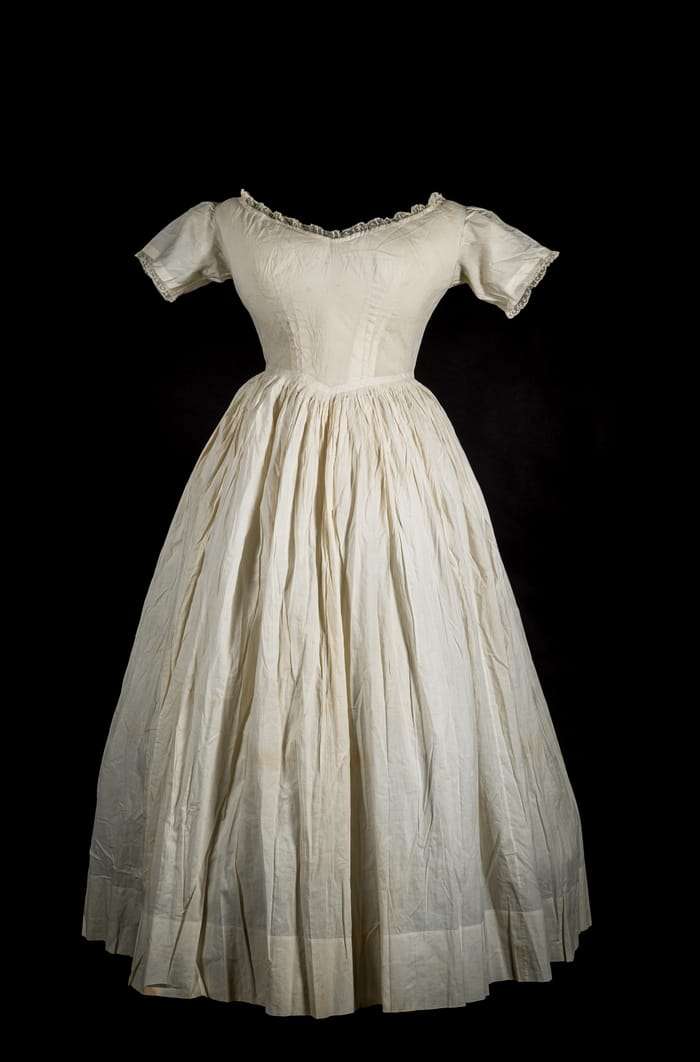 However, the name that echoes across Kensington’s halls and suite of rooms is Queen Victoria. She wielded the sceptre over the British Empire for an astounding 63 years, and has only been pipped at the post by Queen Elizabeth II, recently on September 9, 2015, in terms of length of rule. As Britain marks the 200th anniversary of Queen Victoria’s birth this year, hordes of visitors will flock to see the sweep and swirl of a monarch’s reign, who gave her name to an entire era.

The festivities at Kensington Palace are hinged on two upcoming new exhibitions. The first, Victoria: A Royal Childhood, is a showcase of the state rooms at the royal residence, now altered to give audiences a peep into the surroundings of the young queen as she was coming of age. This is accompanied with an exhibition of her life and an exploration of her emotional landscape. It is a painstakingly put-together display by the independent charity Historic Royal Palaces, which has curated a panoply of objects associated with Victoria’s early years. 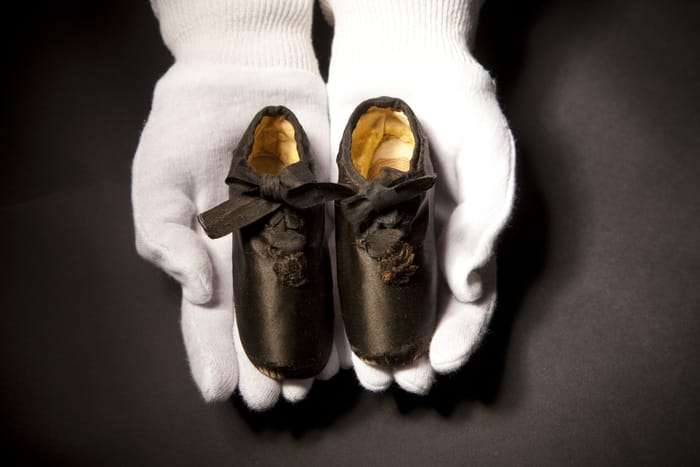 The cornerstone of this intelligently visualised show will be a scrapbook of mementos created by her German governess Baroness Lehzen, a rare artefact visible to the public for the first time. But the top attraction for all exhibition visitors will be its venue, the ornamental Kensington Palace.

The royal residence is strewn with vestiges of an illustrious past, a visual stimulation for the history buff. Equally interesting to watch is the manner in which King George II and Queen Caroline’s artistic vision shaped the interiors of Kensington Palace. 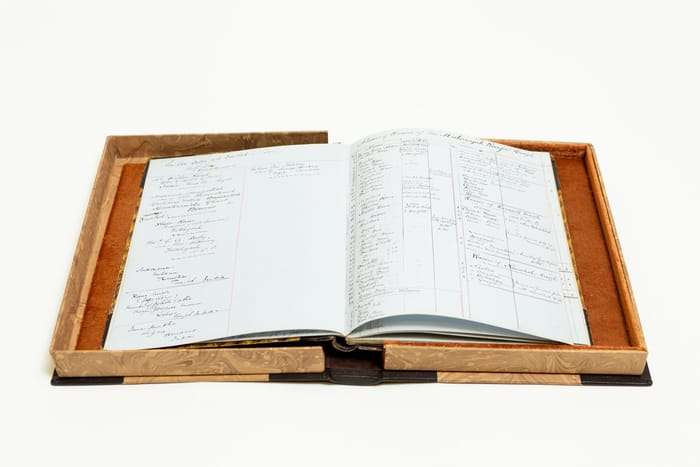 While Caroline, an incredibly cultured woman, was in the habit of choosing paintings for public spaces, there were times when her spontaneous decisions were reversed. Each summer while George II would go to Germany for a number of months and leave her behind in England, she would utilise the time to reorganise the paintings according to her own taste. On one occasion George came back from Germany to discover that a painting of Cupid and Venus had been moved and demanded that it be returned to its original place. It was one of his favourite paintings, revolving around the classical story of love and desire, depicted through the God of Love and Goddess of Beauty. 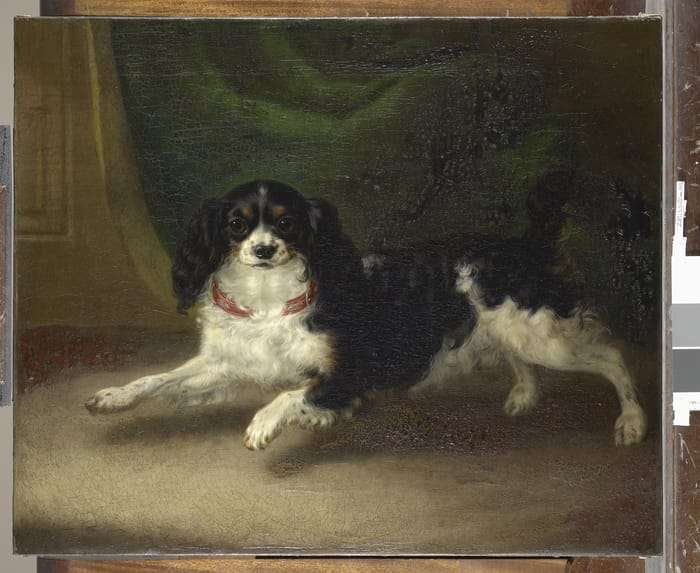 Along with the exhibition, it is possible to check out this fabled artwork, one of Giorgio Vasari’s (1511–74) many copies of Michelangelo’s designs, as it is on display at the palace. The sight of a reclining Venus even as she kisses a bow-and-quiver armed Cupid, can be viewed through the prism of the renaissance ode to classical figures and forms.

Obviously, the piece de resistance here is the suite of rooms occupied by Victoria and her mother, the Duchess of Kent, where she famously “went to bed a princess and woke up a queen.” Equally deserving of attention is the room where Victoria was born, an erstwhile dining room, its status discernible by its proximity to the palace’s main entertainment spaces. Owing to her stint as a long-reigning matriarch of the British empire, the queen’s story has exploded across popular and historical imagination. Therefore, it is likely that every visitor to the exhibition will be consumed by her story of tragedy, intellect and drive. In fact, the story of how a routine dining room came to be the bedroom for the Duchess of Kent, and the venue for the birth of the Victorian era, is an anecdote worth remembering. 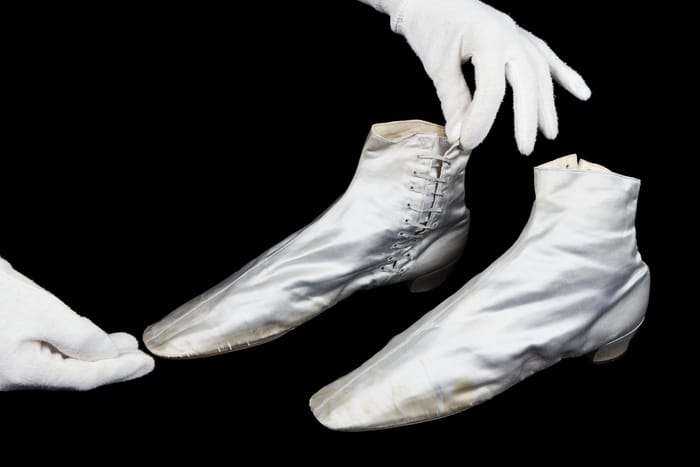 The room where Victoria was born is actually an invitation into a personal world of a queen who wasn’t tipped to be one. If you go back in time, you will see her parents, the Duke and Duchess of Kent, living in Germany as it happened to be a more budget friendly location than London. However, the Duke was determined that Victoria be born in Britain. So, a few days before the Duchess’ due date, he took over the reins of his carriage and charged across the Continent to Kensington. Following him to the royal palace was an entourage of governesses, cooks, bird cages and pets. Soon after their arrival, the dining room was upgraded to the delivery room, for its easy access to a kitchen stocked with clean towels and other labour accoutrements. 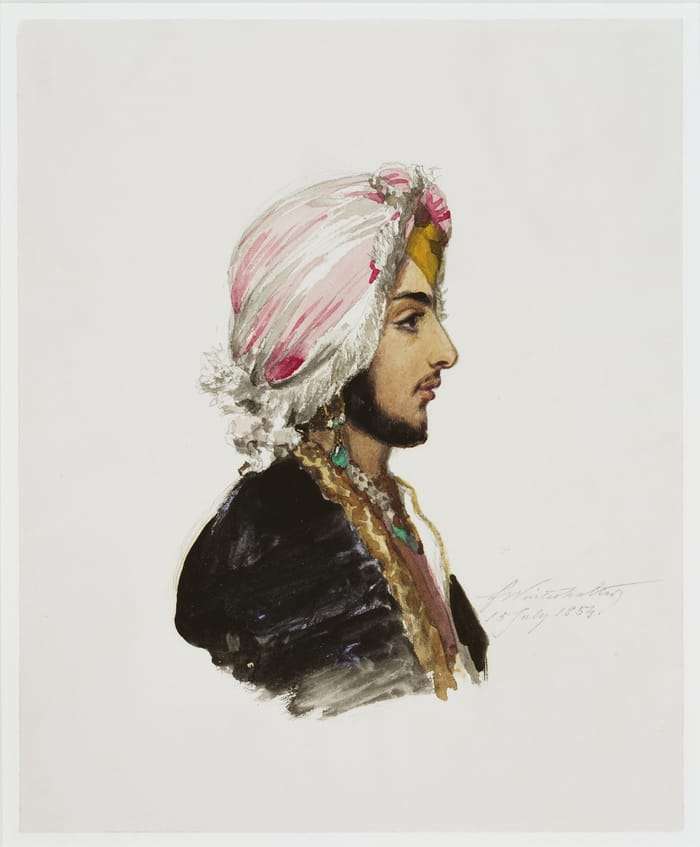 According to Williams, while the rest of Kensington’s rooms will be furnished with reproductions of regency furniture, Victoria’s birth room will be appointed with original furniture from the royal collection. Unspooling swathes of history for the visitor would be assorted exhibits, including the queen’s original cradle, along with George IV’s bed, which had been slept in by Queen Victoria and Prince Albert for decades, at a later date. Also being reinstated for the exhibition are hangings and curtains, their design sensibilities in sync with historical accounts of the room where she was born. “It would be a more traditional heritage experience,” said Williams.

It is easy to understand how the exhibition ‘Victoria: A Royal Childhood,’ will be informed by the curators’ historical knowledge and their understanding of what a late regency interior should look like. According to experts, Kensington, at that point, was an aristocratic home but not a palatial one. As Victoria came into her teens, her position in the line of succession became certain and she was officially acknowledged as heir. 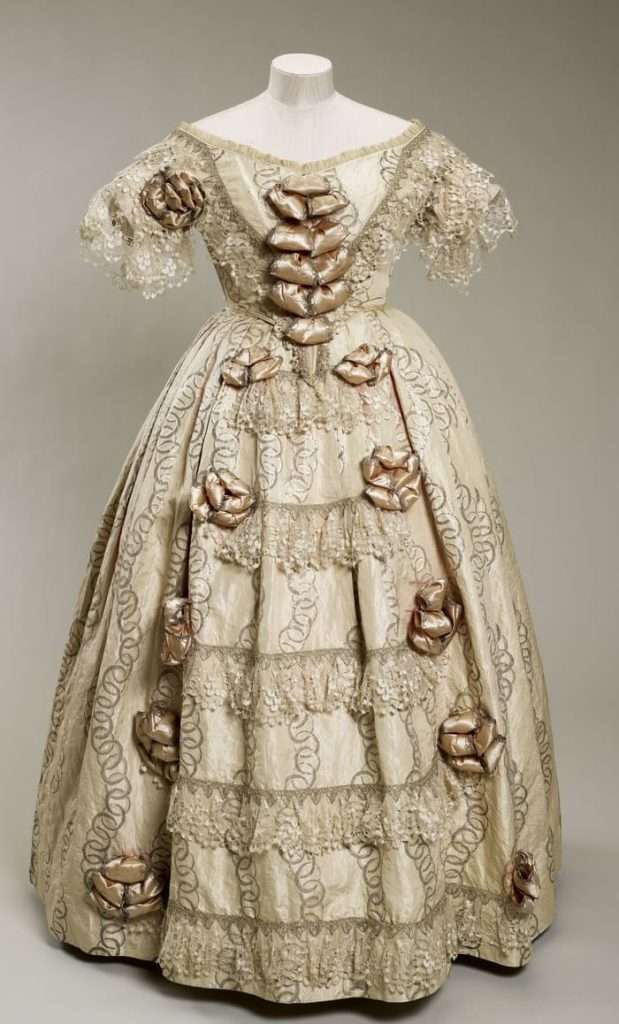 Not surprisingly, Victoria’s mother responded to her swing of fortunes with great alacrity. The Duchess decided at once that young Victoria should be living appropriately in grand quarters, following which she took over a number of rooms in the palace without the full permission of the reigning sovereign William IV. Much to his chagrin, she went full steam ahead and partitioned a gallery designed by British architect William Kent into three separate rooms. She also made sure that Victoria slept in the same room as her mother until she became queen. It is in the very same bedroom that Victoria was woken up in the early hours of June 20, 1837, when the Lord Chamberlain and Archbishop of Canterbury started banging on the doors downstairs. They were refused entry until they proclaimed that they had come to see the queen.

For years curators have been researching as to how these rooms looked during Victoria’s stay but unfortunately there are no photographs or paintings for reference. However, surviving archival material and inventories from various stages of Victoria’s life at Kensington have acted as the guiding light. “We were able to go through the account books to find out who was supplying carpets and curtains. From that we can deduce what kind of designs and what quality of material were being used,” said Williams. “Victoria’s diaries as well as references from people who came to the palace have also acted as important source materials,” she added. 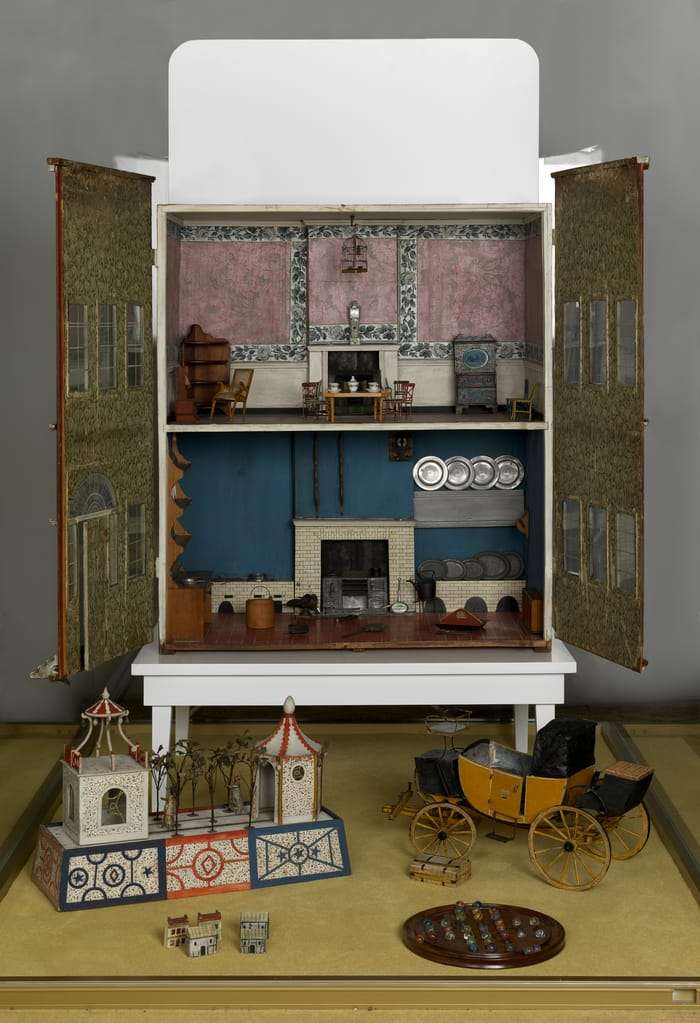 Another narrative arc of this extraordinary monarch will be explored at an exhibition in the palace’s Pigott Gallery, investigating her later life and the legacy left behind. Titled Victoria: Woman and Crown, the showcase will navigate the intersections between the private woman and public monarch. Trying to rescue the personality of Victoria buried under a cornucopia of myths, the exhibition will explore the complex realms where she played a diversity of roles, including wife, mother and ruling sovereign. This showcase will stand out in more ways than one. “Often in exhibitions about women, we celebrate them because they have done something only men will do. The joy about Queen Victoria is that everything that made her successful was essentially a female attribute,” says Polly Putnam, curator of collections.

Expectedly, furthering the queen’s feminine-yet-empowered journey will be rare clothing from Victoria’s private wardrobe as well as other items that have previously not been seen by the public. Outfit exhibits on display will validate that she held on to the fashion reins tightly. There will be rare survivals from her private clothing inventory, including a simple cotton petticoat, dating to around 1840, and a pair of fashionable silver boots, a dramatic departure from the signature black gowns she wore later in life. The petticoat, with its scooped neckline as well as delicate handwork stitching, carries forward the splendour of monarchy but is also an intimate look at the person behind the royal aura. Its measurements mirror that of Victoria’s wedding dress, and the garment was presumably worn between her corset and dress. The understated yet luxurious piece of clothing is exquisitely embellished with a frill of Valenciennes lace. “There will be seven of Queen Victoria’s dresses that are going on display in my exhibition,” says Putnam. 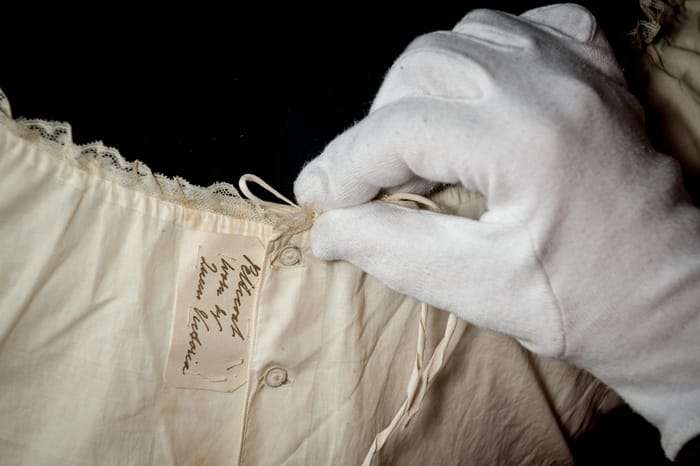 Of course, tracing the role India played in Victoria’s life, a roiling cauldron of international politics, will be an intrinsic part of the display. The exhibition will explore Victoria’s layered relationship with India, including the story behind the Koh-i-noor diamond and her friendship with the deposed Maharajah Duleep Singh. Examples of her personal diaries, inscribed in Urdu, will be a highlight.

Festivals are also a sign of development: Suprita Moorthy