Recently Sangeet Shyamala in association with Dr. Usha Rk had presented a unique and interesting dance feature “Sakhi – in praise of the friend”. सखे !त्वम् मम मित्रम् – o Sakhi you are my friend!; was the refrain echoing throughout the evening with two Bharatanatyam and one Kathak recital.

Sakhi or friend is an intrinsic part of Indian Mythology and in turn Indian Dance. In the Indian artistic tradition, Sakhi (female friend) is someone with whom one can share the innermost secrets of the self and the soul.  Sakhi is someone on whom one can rely and depend upon without any fear of ridicule or rejection. From ancient Tamil love poetry through Sanskrit drama to medieval Bhakti poetry, the concept of Sakhi has existed. The most referred and popular meanings of Sakhi are a friend, confidante and even accomplice of ‘naayika’. 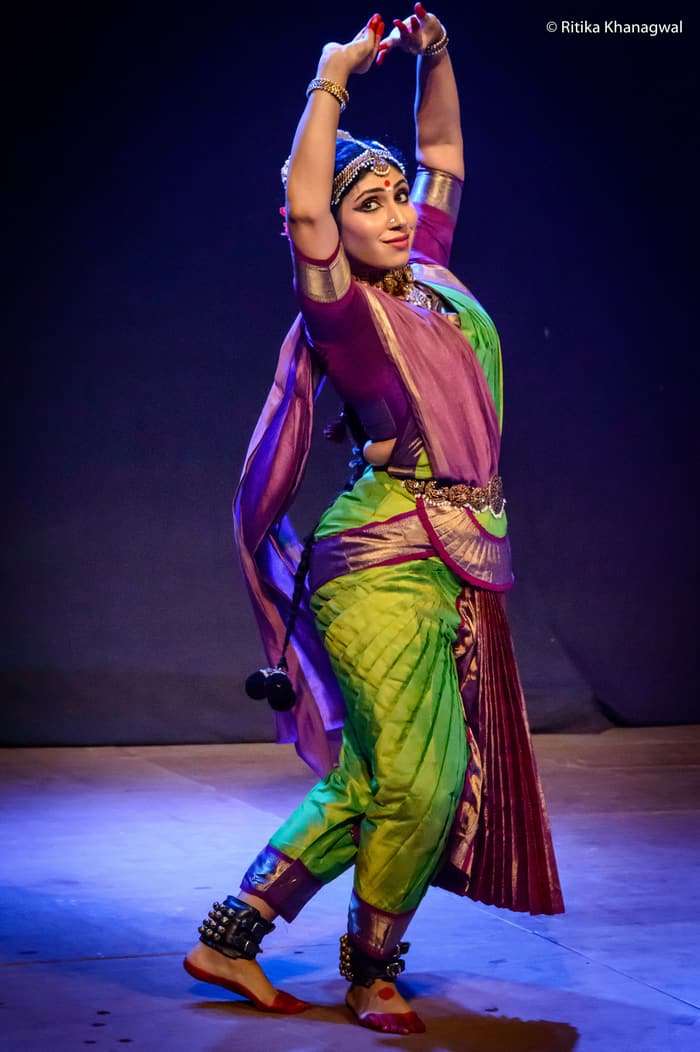 The first artist of the evening Pavitra Krishna Bhat extending from the works of the venerated Jayadeva and following the similarities in composition delineated the aspect of a hero towards the Sakhi. In his recital, a hurt Sakhi questioned Krishna ‘After all that I have done for you and Radha to unite, why do you treat me with such nonchalance, as if I do not even exist!’ To this valid accusation the clever Lord renowned for his shrewd articulation said, ‘O, Manini, krta krtyoham syat mamavhivyakihI: O, manini my gratitude to you is of such depth that I am dumbfounded to even utter a single word! You only tell me how do I convince you of my sincerity?’ With arresting sculpturesque poses, like one finds in Odissi, Pavitra’s dense classicism of was the highlight of his beautiful recital.

The second dancer Tanya Saxena as the Sakhi herself took on her heroine blurting “Chalu chalinka avida sahavasamu: Enough! Enough for now, this woman’s friendship!’ With much dexterity Tanya expressed Sakhi’s anger and vexation on the manner in which her so called friend has treated her. Set in Ragam Senchurutti and Misra Chapu taalam, her javali turned the tables on the Nayika-sakhi relationship – presenting the Sakhi’s perspectives on the love story of the Nayika and Nayaka. The Sakhi exasperated, “Enough! I have had enough of this woman’s friendship! Just look at me, I have grown so thin with weariness. This waist belt I am wearing used to once be my finger-ring. My face, once like a lotus, has now withered. I cannot even wear my bangles anymore for they just slide off my wrist! I walk back and forth between these two, so much so that I have terrible blisters now! She will never let go of her pride; he will never give in to her; and I am the one who gets stuck between all of this! But no more, I’ve had enough!’ Certainly the highlight of the evening, Tanya chose to make Sakhi the Uttama nayika, while letting the main heroine be Madhyama at most times; adding to the delectable flavor of her piece. 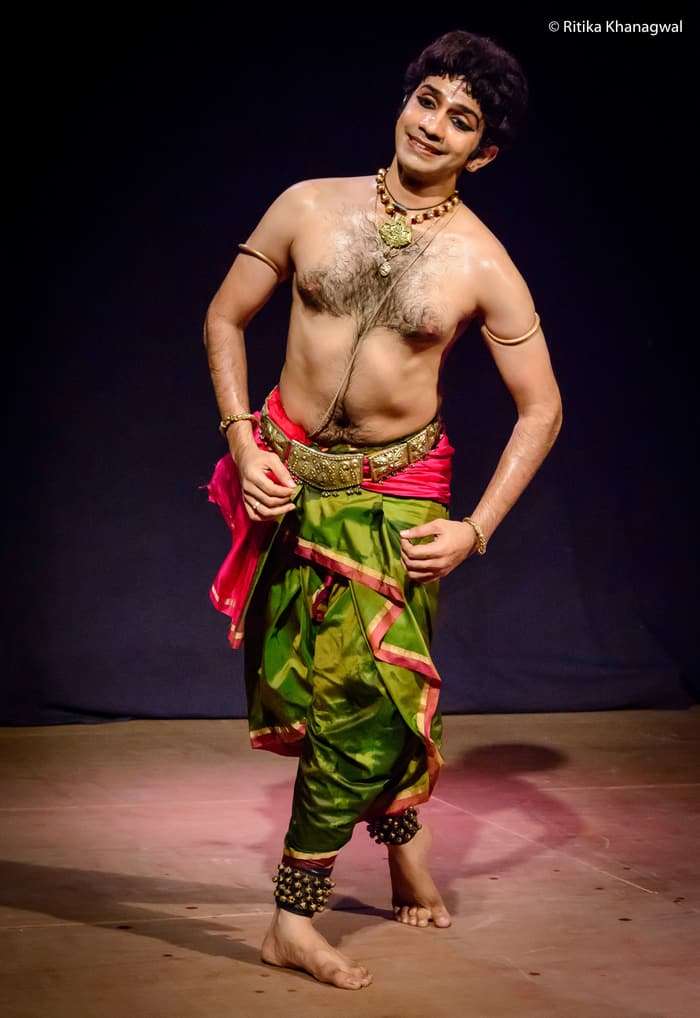 The concluding segment was being presented in the Kathak style by Era Dogra where she as the Sakhi says to Radha, “We have been close friends from our childhood, sharing all that each received with the other, my clothes and jewels always looked more beautiful when you adorned them and the sweets made at your house were always my favorite. When we grew up, there was nothing more important to me than you. I have given up all for you, my life is a total surrender to you my friend, त्वम् मम मित्रम् – you are my friend!” Her beautiful composition was written by Gurus Shri Abhimanyu Lal and Smt. Vidha Lal and was choreographed with much aesthetic sensibilities by Guru Smt. Geetanjali Lal.

The Bharatanatyam compositions were written and composed by Karthik Hebbar, Arjun Bharadwaj and Vinay Datta. And the musicians for this uniquely curated event by Usha Rk were Rajat Prasanna on flute, Pavithra Chari on vocals, Akshaya R on natuvangam, Salman Khan on pakhawaj, and Zakir Hussain on tabla.

In conversation with Aditi Mangaldas