Dancer, Choreographer Santosh Nair is one of the finest that we have in the field of Indian and Contemporary dance scene today.

Team ACF spoke to him about his passion for Chhau and fusion of the traditional form with modern movements
How were you introduced to Mayurbhanj Chhau?
Initially, I learned Kathakali dance form as my father was also a Kathakali artist. To learn contemporary dance, I joined Bhoomika Creative Dance Centre in 1988. As a contemporary artist I was open to exploring more options. Bharatiya Kala Kendra was one of the first institutes that got a Chhau artist from Orissa. At that time, it was the only centre which composed ballets based on Chhau. My teacher’s son was trained in Chhau at Bharatiya Kala Kendra, and he brought this dance form to our dance company. It is a beautiful dance form and includes rigorous physical training, and was not done by many artists at that time.

How did you come up with the idea of fusing Mayurbhanj Chhau and Contemporary dance?
As a contemporary dancer, we require some kind of foundation, which is best given by different dance forms. Some dancers fuse contemporary with Bharatnatyam or Odissi. I have always been passionate about Chhau. It is all about body movements and postures and is very similar to contemporary dance which is used to depict different themes and stories.
As a male dancer, through Chhau, I could see many possibilities by which I could explore my potential — different aspects of tribal, martial arts, animal movements, mythological themes. In contemporary dance, we use many raw ideas, to bring out  something innovative and creative.  Chhau is not a costume-oriented dance, rather it is body oriented form, which  gives me scope to experiment and to create some contemporary work. Chhau gives me my originality.

What has been your motivation?
I feel really close to this dance form. I have not only tried to bring Chhau to Indian audience, but have made an effort at international level as well. I have conducted workshops and made collaborations internationally. For the international dance audience, Chhau is unique and dynamic dance form. It is a spiritual form for me. And we are very careful about the fusion. We don’t take one movement from contemporary and another from Chhau and mix them up, we conduct elaborate research, and maintain the authenticity of the dance form.
Which are your favorite compositions?
Game of dice. It is based on Mahabharata and premiered in 2004. It was an intense performance that showcased one of the important events of Mahabharata — game of dice — where Pandavas played the game of Chausar with their cousins, Kauravas.
I used Kalibhanga form of Chhau to depict Pandavas.  It is a slow and controlled form of Chhau. It helped me in bringing elegance and royalty of Pandavas. And, for Kauravas, I used Kathakali and some contemporary movements. The Game of dice based on Chhau, Kathakali and Contemporary, it is one of the major productions of Sadhya. 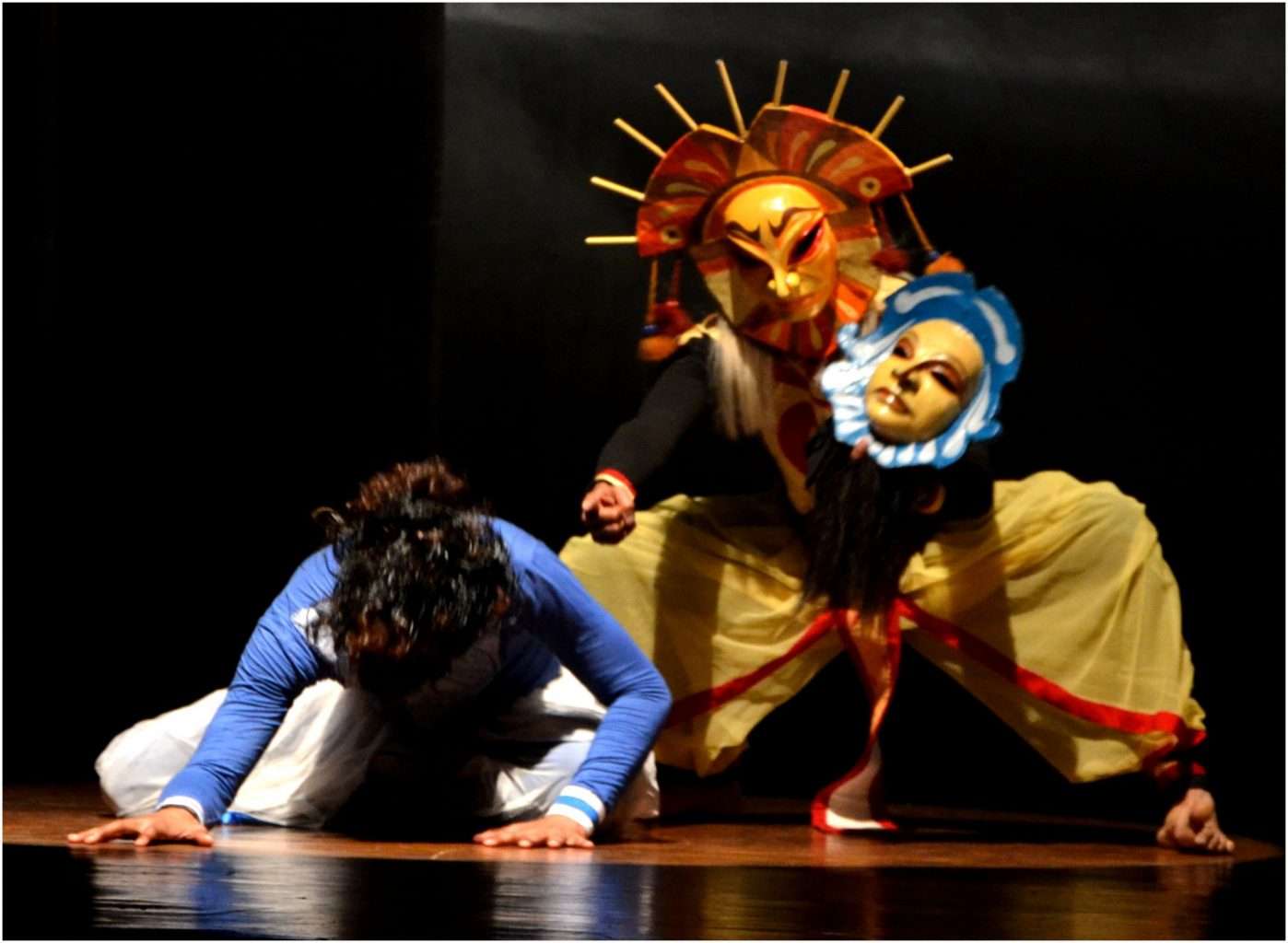 What projects are you working on presently?
We keep making short compositions throughout the year. We give chance to our senior dancers, to choreograph their own compositions. We give opportunity to new choreographers to bring their ideas and we give space to new talents. Right now, we are working on our production — JASHN-E-AZAADI — for the month of August. We have been doing this production for the last four years for Nehru Bal Sangha. It has a patriotic theme and it happens at a large scale at JLN Indoor Stadium. It is a mega event, with 60-70 dancers.
Tell us about Sadhya and the grandeur it is known by.
Sadhya is known for its own style, and their research work. We don’t believe in imitating, we believe in finding our own selves, by being original. We run a full time dance company, we emphasise on body postures and its improvisation. We even invite choreographers to conduct workshops.
Sadhya shares a deep connection with Chhau dance form, we don’t commercialise it. We bring our artistic side to make it gain popularity among the audiences. We believe in recreating contemporary dance forms through rich Indian culture introduce our dance forms to, rather than adopting the western forms. We believe in our own potential and capabilities.

You have spent long and stellar period in Indian dance scene, what can be done to preserve the authenticity of original art forms?
We can preserve these art forms through government initiatives, like organising dance festivals or cultural festivals, as it is requires a joint effort rather than individual effort. Festivals will be beneficial as they reach out to large audiences. As talent is everywhere, it is all about bringing it in to the limelight. We need to give opportunity to people to surface their talent.