Sara is a talented 17 year old photographer who is currently pursuing her education at Delhi Public School R.K. Puram. Her love for photography developed from the age of 8. she has been a member of the photography club, Digital Excellence for six years and is now the president of ‘Digex’.She has also had the opportunity of being the official videographer for the visit of His Holiness The Dalai Lama to the Lotus Temple.

Details of the exhibition
Title – Cynosure by Sara Wadhwa
Dates -16th -19th August 2016 (Friday)
Time – 11 am – 7 pm
Venue – Convention Centre Foyer at India Habitat Centre , Lodhi Road, New Delhi
About Cynosure
Cynosure is a word that means “a person or thing that is the center of attention or admiration.”
When taken at face value, the word seems to describe whatever may capture one’s interest or fancy, such as the subject of a photograph or marvelous scenery.
When pronounced, however, it sounds like a fusion of the words cyan and azure. Cyan is a light, greenish-blue color, and is one of the primary colors of ink used in photo printing. Azure, a bright blue color like that of a cloudless sky, has a calming effect on the eyes and a relaxing touch on a frantic mind.
A juxtaposition of these two interpretations of the word cynosure, encapsulates the theme that guides this display, just like the pole star, which was once referred to as the cynosure of the sky.
All proceeds from the photo exhibition will go towards the Gujrati Samaj Educational Trust through UdayREP. The Uday Rural Education Program (UdayREP) is a charitable trust dedicated to improving the lives of school children in rural India by raising funds for specific causes that can make a significant positive difference 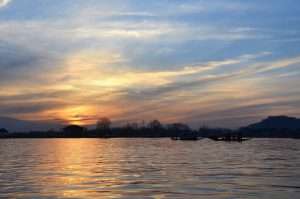 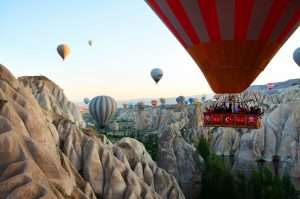