You have been Girija Devi’s disciple. How did journey with her begin?

I was born and brought up in Assam. Right from childhood I had inclination towards music. So after my schooling in Assam, I came to Benaras Hindu University (BHU) for higher education. Appa ji was a visiting professor in 1988 in BHU and then became Associate Professor. I started attending her music classes in BHU. Somehow she had some special inclination towards me. I was in awe of her as a student and always thought if I could learn separately from her. She would drop me back to my hostel room after the class. I got the opportunity to learn from her separately. And then when I got married in Delhi, our journey continued. I accompanied her to mostly all Delhi concerts. Even during her last performance at Thumri festival, I was with her as vocal support. I have learnt a lot from her.

Share your experience of sharing the stage with Girija Devi?

Sharing the stage with one’s own guru is overwhelming. I had spent 28 years with Appa ji. I always shared the stage with Appa ji with intent of supporting my guru, never superseding her in anyway. We shared a Guru and Shishya relationship. As a student, there was fear in me. I have also been scolded during performances, which now I realize was so important for me. I am at loss of words to describe her as a human being. She was like a mother to me. As a Guru she was very affectionate. She told me smaller things of life and the way to live life. She was very punctual of time. She loved eating good food, wearing good clothes and listening good music. She was a perfectionist. I remember, when she passed away, common people who were not related to music also had tears in their eyes. 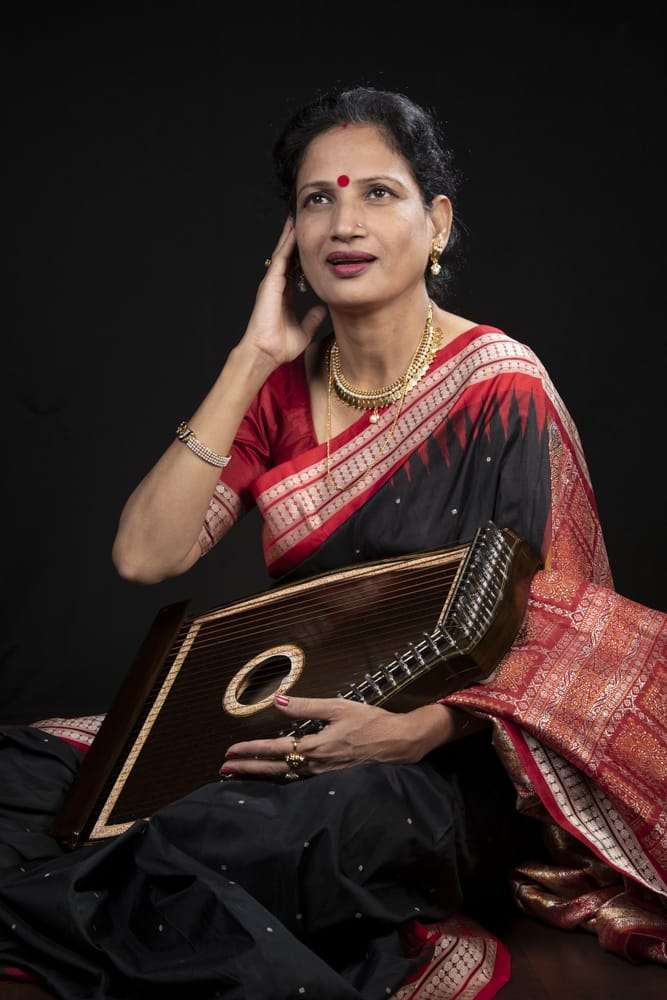 You are blessed with Ganda Bandhan from your Guru Girija Devi. Please share the experience.

In classical music Ganda is a thread that a guru ties to the students. In many Gharanas, this thread is tied when the students start their training under their gurus. In Benaras Gharana of Hindustani Classical music, Ganda is tied only to a few special students. The Guru only ties it to the students who they believe will take their legacy forward. Ganda Bandhan is a ceremony as big as a wedding with pooja and stage performance. In 2015, on Mahashivratri I was bestowed with Ganda Bandhan from Appa ji. She sensed and acknowledged the potential in me and bestowed me with the most precious blessing in Guru and Shishya parampara the Ganda Bandhan. My Guru Appa ji had the trust and confidence in me to take forward her beautiful legacy of Puravang Gayaki. Now that I have Ganda Bandhan, I have the responsibility to take her legacy forward. Puravang Gayaki ranges from Lucknow to Benaras. In Thumri there is Puravang and second is Tappa from Punjab. Puravang the focus is on literature. Appaji has worked a lot on Puravang Gayaki.

What will you be performing in tribute of Girija Devi?

Spring season has started and there are beautiful flowers around us. Holi is around the corner. The raag of Spring i.e. Basant raag will be appropriate for this season. After that I will be singing Thumri. I will be singing Giriji Devi ji’s favourite Thumri in Bhairavi, “Babul mora moye” and “Mora Sayein Bulave”.

Festivals are also a sign of development: Suprita Moorthy