Shriram Bharatiya Kala Kendra’s annual dance-drama ‘Krishna’ is back. In its 42nd edition this majestic production on the life of Lord Krishna continues to enthrall the audience year after year. Naturally so, as Shobha Deepak Singh, the director of Shriram Bharatiya Kala Kendra, always infuses this immensely popular and eagerly awaited production with a fresh touch.
Says Shobha Deepak Singh, “This year, I have brought in a whole new cast for the most important roles including that of Krishna, Radha, Arjuna, Draupadi amongst others. This new cast all accomplished dancers, are sure to bring their own dimension into the dance drama. Gautam Bhattacharya, a Sangeet Natak Akademi awardee has been roped in for light design this time. Also choreography, set designs and costumes are all new and will add immensely to a whole, new experience for the audience.” Krishna’s personality, which may be called the original Mahabharata, has been later overlaid with legends, myths, miracles and adoration for about three thousand years. Wise and valorous, he was loving and loved, farseeing and yet living for the moment, gifted with sage-like detachment and yet intensely human, the diplomat, the sage and the man of action with personality as luminous as that of a Divine. 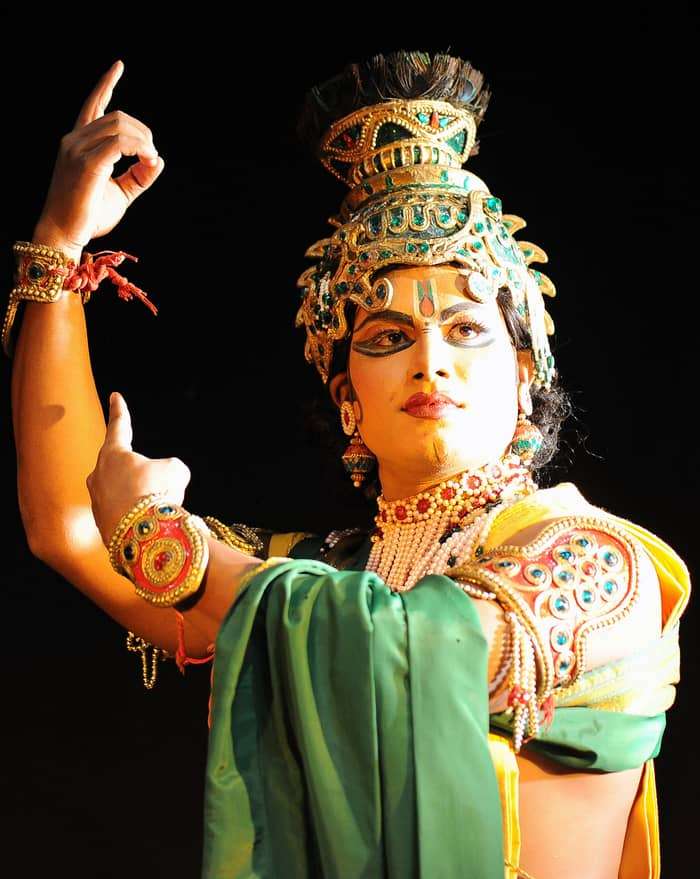 Because research shows that perhaps the Krishna of the Mahabharata and the butter stealing Krishna are two independent entities merged into one over the vicissitude of time, the ballet treats the two identities of Krishna in diametrically converse ways. The first half of the production is devoted to the populist episodes i.e. Makhan Chori, Govardhan, Kaliya Raas etc. In this production, a new dimension has been added to the status of women. Here, ‘Krishna’ himself elevates the status of ‘Radha’ from her being just a beloved to that of her being “his divine consort”. The story of Yadavas gets linked up with the story of Krishna Vaasudeva, whose end is sought by his uncle Kamsa but whose end; he manages. Protracted struggle with Jaraasandha of Magadha forces Krishna and the Yadavas to leave Mathura and migrate to Dwarka.
The legends of the first half present a folk-hero who was surpassingly awesome and gallant in meeting the crisis confronted by a pastoral community like threats from the animals of the forest to the herds and the herdsmen and who was therefore looked up to as a leader in his life-time and worshipped subsequently as God. However, in the Mahabharata, it is the message of ‘Gita’ which is pivotal. Vyas, the author, here makes profundity of Krishna the charioteer and Arjun the rider; subtly allegorizing the same for the mind and body. When Krishna asks Arjun to evaluate all he has said, we yet again perceive them as prime metaphors of the intellect and action; where they rise above history and create history themselves. Add Singh: “The ‘Chakradhari Krishna’ of the second half, has been treated as one with leadership qualities, but by virtue of which he became susceptible to divine folly. The second half relies on a specially commissioned script of lesser-known incidents from the Mahabharata. There has been a conscious attempt to step out of the groove of blind faith and throw up questions of relevance. With this end in view, the script in the second half deals with incidents that open up a plethora of topics for discussion that are universal and timeless.” 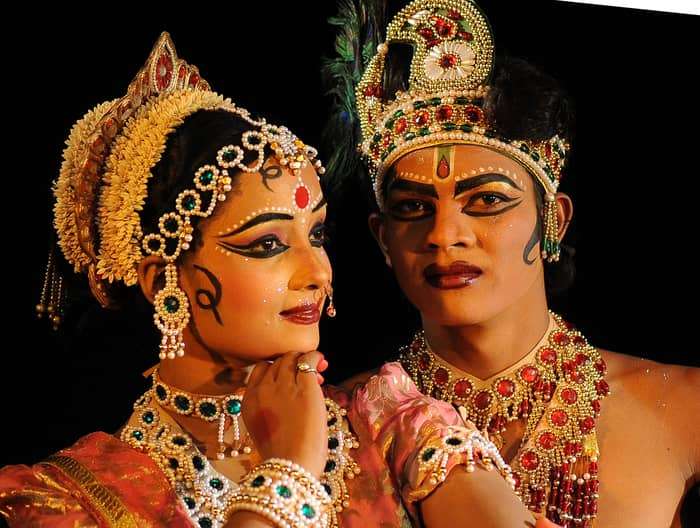 Also, there is a marked difference between human relationships in the Ramayan and the Mahabharata. In the former Bharat sacrifices all he has for his brother. In the latter, however, war between families and brethren become the vehicle to resolve disputes. In Mahabharata, why man isolates himself and sets himself against his brethren has to be grasped in the expanse of esoterism. Violence is deeply embedded in the plot; yet it is the manner of securing harmony in bloodless ways that is significant. The solutions to the carnage are offered on the same battlefield. The Kurukshetra war continues through epochs to our very own times and the message of victory and redemption is more pertinent today than ever before.
August 29 to September 3, 2018 | 6.30 p.m | Kamani Auditorium, Copernicus Marg, New Delhi
Tickets are available at SBKK/Kamani/bookmyshow.