Sujaan is currently pursuing his PhD at the Department of English as SYLFF fellow, Jadavpur University, but is ever more convinced that he needs to look beyond doctoral research for the answer to Life, the Universe and Everything. Urban studies are among his main areas of interest, and with the focus on Kolkata, this has occupied much of his time over the last three years. He is passionate about archiving, the visual arts (especially design), physical and material cultures, and feminisms. 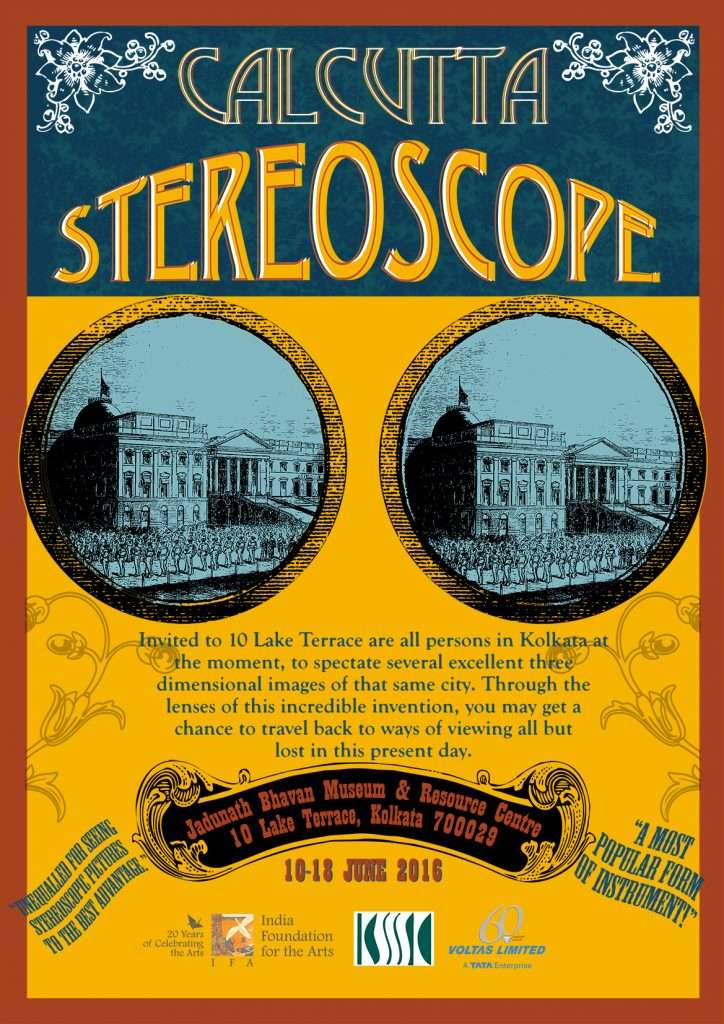 Sujaan explained his ideas
How many ways are there of getting to know a city?
Starting with the eighteenth century, the project tries to recall the different ways in which Calcutta has been seen and remembered by the ‘outsider’.
The exhibition will be divided in three parts:
i. The postcard exhibition, using postcards from the early 1900s down to the 1960s, showing how the medium reflected the changes in tourist attitudes.
ii. The stereoscope exhibition, where early twentieth century stereoscopic views of Calcutta from my personal collection and from the British Library’s archives will be on display. The stereoscope viewer designed for the exhibition will let us take a peak into the 3D world of old Calcutta.
iii. The board game and guidebook: because a city like Kolkata, or indeed any other city, cannot possibly be explored in a linear fashion, the logic of the standard guidebook has been used to play around with ways of moving in and around the city. The boardgame may be played as a stand-alone, but makes for a nice companion to the guidebook!

Explore the city in as many ways as you can through its tourism history, but make sure you see as much of it as possible! These are just starting points.
Facebook: https://www.facebook.com/sujaanmukherjee