It isn’t easy to comprehend the merits and demerits of the vast and endless treasure called the social media, however, in the past couple of years it has been a game changer of sorts and has in many ways democraticised the online space. While people often take up to social media like Twitter, Facebook and Instagram to share glimpses of their personal lives and even, at times, bring attention of civic and government bodies to a pertinent issue, people in the public sphere often see it as a double edge sword. 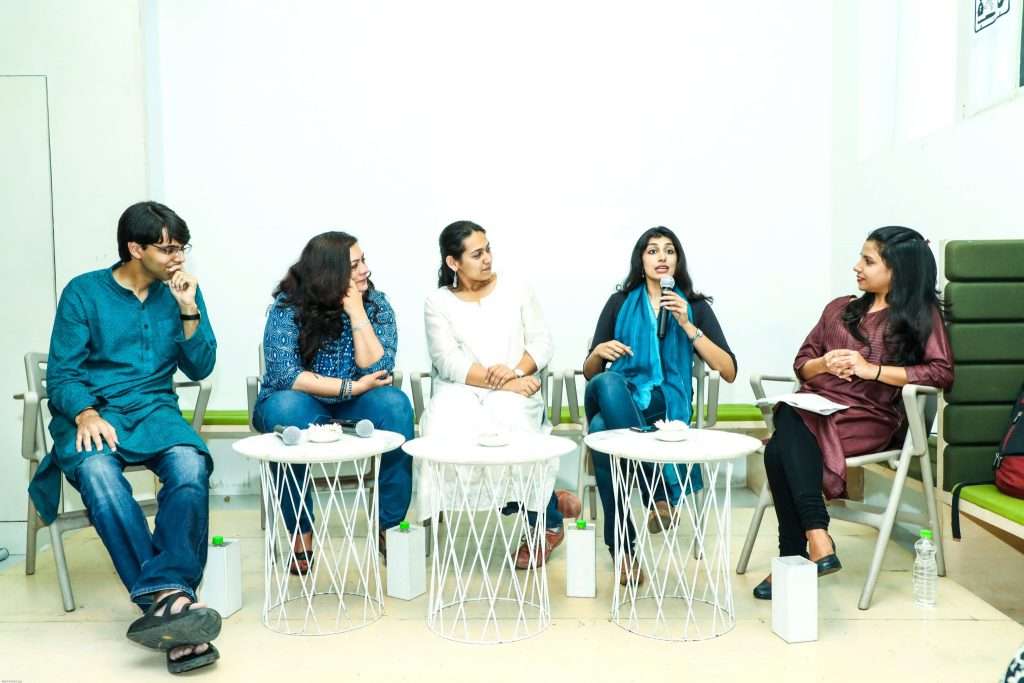 At the Oxford Bookstore on March 30, thoughts like these kept conversations flowing from one point to another. There wasn’t any room for a dull moment, especially when four dynamic and creative artistes from diverse fields, Megha Joshi, visual artist, Kathak dancer Shinjani Kulkarni, theatre actor Shilpi Marwah and Hindustani classical vocalist Ujwal Nagar were on stage to discuss and debate on the topic ‘Digital Media’.
The event, part of ArtCultureFestival’s ‘Engage’ series was another attempt by us to initiate a discourse on a topic which is pertinent in today’s time. The session was moderated by our Associate editor, Ekatmata Sharma. The session began with casual discussion of how each of them were introduced to social media and all of them reminded the audience of one platform that died a slow death a few years ago — Orkut.

And as they started talking from personal experiences, conversations started flowing organically. From trolling to sharing intimate videos of doing riyaz to using the social media in the right way — all four of them touched upon several issues.
For instance, Shilpi, who has a verified Facebook account said that the medium helps her to reach out to nearby audiences whenever she using features like FacebookLive. “It is impossible to transfer the same energy of nukkad natak via social media, but when we go live, we kind of inform people that we are in this location and if they are nearby, they all can come and join us,” she said.
When they were asked how comfortable they were when it came to going live with a video of their practice session or riyaz, a big thumb down came from Ujwal and Shinjani. “I don’t think I will ever do that because riyaz is a personal process and that is when we try to learn and unlearn new things,” said Shinjani.
Ujwal too agreed with her and said, “Riyaz is an intimate space and it is good to share certain moments with your fans, but one has to draw a line somewhere.” 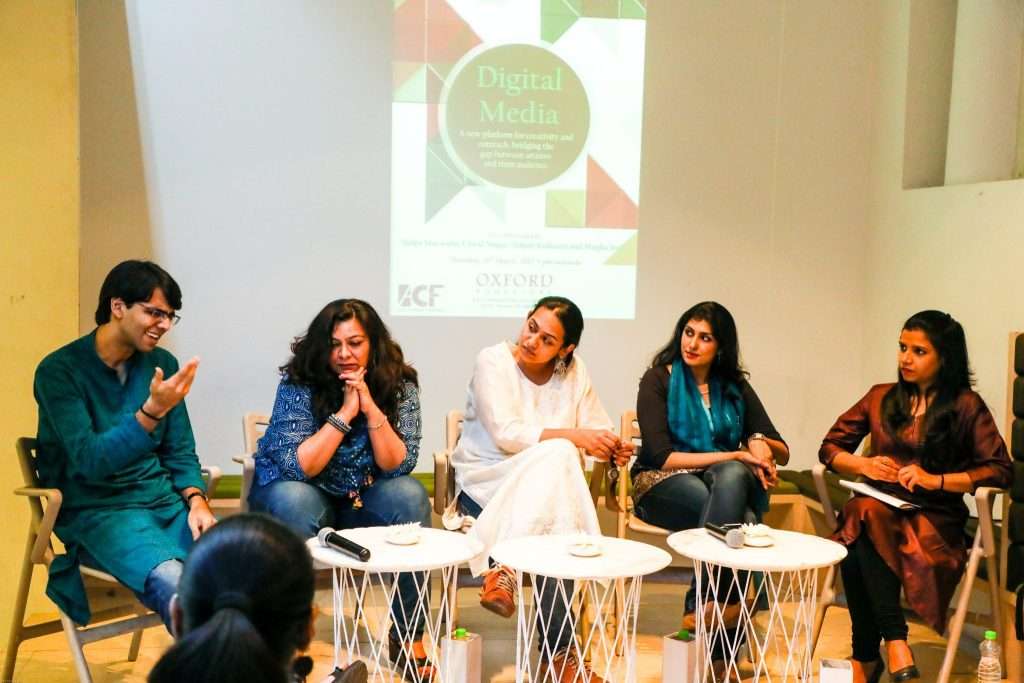 What is interesting is that Megha, who works in diverse mediums, has been posting pictures of herself while doing some kind of art making. “Sharing art making is very different from riyaz. An artist too works in an intimate space, but sometimes, he does feel the need to share his practice,” she said.
While they all agreed that social media is a democraticised platform and often a place where people might get even lucky. This thought had basically emerged from conversations that why some people are obsessed with posting everything on the social media. “We all go through a phase of self-motivation, when we want to be acknowledged. So, I don’t see any harm in people posting their videos of practising,” he said.
And Shilpi from a theatrical point of view agreed with the lead vocalist of Advaita band and said, “Not everyone makes it to either theatre of Bollwood. There are several sad stories and this medium gives them a chance, some kind of hope, what if the video they are posting becomes viral and is seen by someone whom they admire. What if they get appreciated for their work and get a call for audition,” she said.
“So, I think that this medium has been beneficial for artists,” she added.
The most engrossing point of this conversation was when the talk of having and expressing political views on social media was debated. Since people have always wondered why celebrities shy away from making political statements, Shrinjini had an insightful reply to this. “I had last year posted my views on the JNU issue and it was disheartening for me to see how my own followers reacted to my opinion. The kind of trolling I face made me realise one thing: in the online space there is no room for understanding and appreciating your views. People won’t listen. So the best thing is to not share your views publicly,” she said.
“Also, I have seen that once an artist make a statement, every time something happens, he or she is expected to talk about every issue, irrespective of whether he has an opinion on it or not,” she added.
Being the granddaughter of Pandit Birju Maharaj she is always cautious and wary, she admits, however, Megha has always been vocal about her views on several things and often uses art as a tool to make a strong critique.
“When I strongly feel about something, I always find multiple ways to raise a voice against it,” she said.

Five offbeat museums you should visit in India

Art is a therapy for me – Pallav Chander