Popularly known as the ‘Thinking dancer’, Bharatnatyam dancer Vidhya Subramanian has delivered famous dance productions by beautifully blending theatre into her dance style. In a candid conversation, she spills beans on the journey, her signature style and prominent dance productions.

How and when did you begin your dance journey?

I started learning when I was eight from Dr. Padma Subrahmanyam and later from Gurus S.K.Rajarathnam and Smt. Kalanidhi Narayanan. I did my arangetram in 1984 and have been performing actively ever since.

You have been trained under eminent gurus, what impact did each guru leave on your dancing style?

Growing up, I admired Dr. Padma Subrahmanyam’s scholarship and communication skills as a dancer and a speaker. She inspired me to want to learn dance. Guru S.K.Rajarathnam developed in me a keen sense of understanding on how to work with my strengths and weaknesses due to his individualistic training. I am also grateful to him for passing down the lyrical Vazhuvoor style to me, along with a keen sense of musicality in dance. Smt. Kalanidhi Narayanan was the doyen of abhinaya. From her, I learnt the nuances of getting in touch with and expressing ones emotions through our poetic masterpieces. 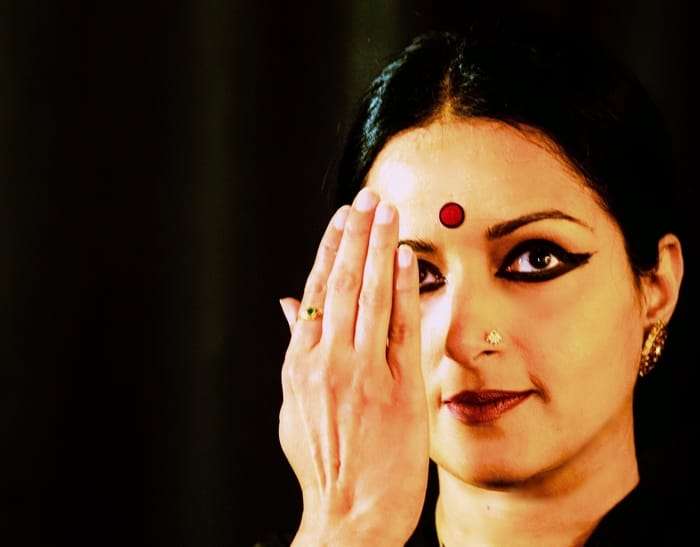 You have created a beautiful blend of Bharatnatyam and theatre. Please share the creative process of combing the two?

I have been trained in Bharatanatyam since I was a child. I was introduced to theatre as an adult, having acted in a few plays. I performed Maya Angelou’s Still I Rise as a poem integrated into a padam in 2005. Since then the poem has haunted me and when you hear Maya Angelou’s own rendition of it, it is full of power and sassiness. Draupadi may have been saved by Krishna while being disrobed in court, but beyond that her sense of self was constantly challenged by her life circumstances. Yet she stood strong, never breaking, fiery, proud, and often the core that held the Pandavas together and in high esteem. I identified with her in many ways and desperately wanted to play her. She is so relevant to today considering the violation that continues to happen to women. When I started working on this production that was my impetus. Little did I know how relevant she would unfortunately become in the MeToo movement era we live in. Somewhere between 2005 and 2016, Draupadi and Still I Rise met. The bridge between this mythological heroine and the everyday woman was gradually built over the last 2 years. I didn’t want to merely tell her story, I didn’t want her to be placed on a pedestal I didn’t want the highlight to be her public shaming. So I didn’t portray any of these. Instead, through the relationships and episodic highlights in her life, and building on the thought I had that if the Pandavas are the 5 senses, then she is the 6th sense that binds them all, I set about working on a performative piece. After much research and reading, and a script that incorporated conversations from Draupadi’s first person perspective, the movement vocabulary became an organic process that simply followed this thought process. When the conversation required Bharatanatyam, when it required spoken word and theatre, all happened as a part of an organic process that fell into place because she was already so much a part of my psyche.

How challenging is to combine the two art forms – Bharatnatyam and theatre?

Theatre is already inherent in dance as dance is in theatre. I’m acting while I’m dancing and dancing while I’m acting. In a solo work, the theatrical element is affected by the fact that I imagine the person I’m having a conversation with whereas in a play one is acting with other actors and feeds off their energy in action and reaction. This is where the training in dance helps where we are always in conversation with imaginary characters. Finding a balance between dancing and speaking in terms of breath control is another challenge which can be overcome with practice and understanding how to use the breath to your benefit. One has to also be careful not to lose sight of why spoken word is introduced, not simply to do something different but because a thought is best communicated through that medium. So it becomes important to avoid over dramatization of dialogue delivery or over simplification of the dance element. If one follows the natural impetus to move, create, and be moved, the challenge is only in translating this impetus into an experiential work that is also performative. Of course, it goes without saying that training is imperative. We are all born with an intuition that we lost sight of as we grow older. Tapping into this intuition when choreographing a piece, guides me in the process. I would call this process more of a conversation between the dance and theatre, in that they seamlessly blend into one story. If something can be expressed best through movement then spoken word shouldn’t be forced upon it.

Which have been your most popular productions?

I revel in working in the traditional realm and the sheer bliss of performing a Varnam, a padam or an ashtapadi. I am equally stimulated by the creative process of building work exploring a thought or idea that is contemporary. There is a marriage between the intellectual, physical, and spiritual in both. If I approach it with honesty and integrity, there is conviction and then the audience is convinced as well. 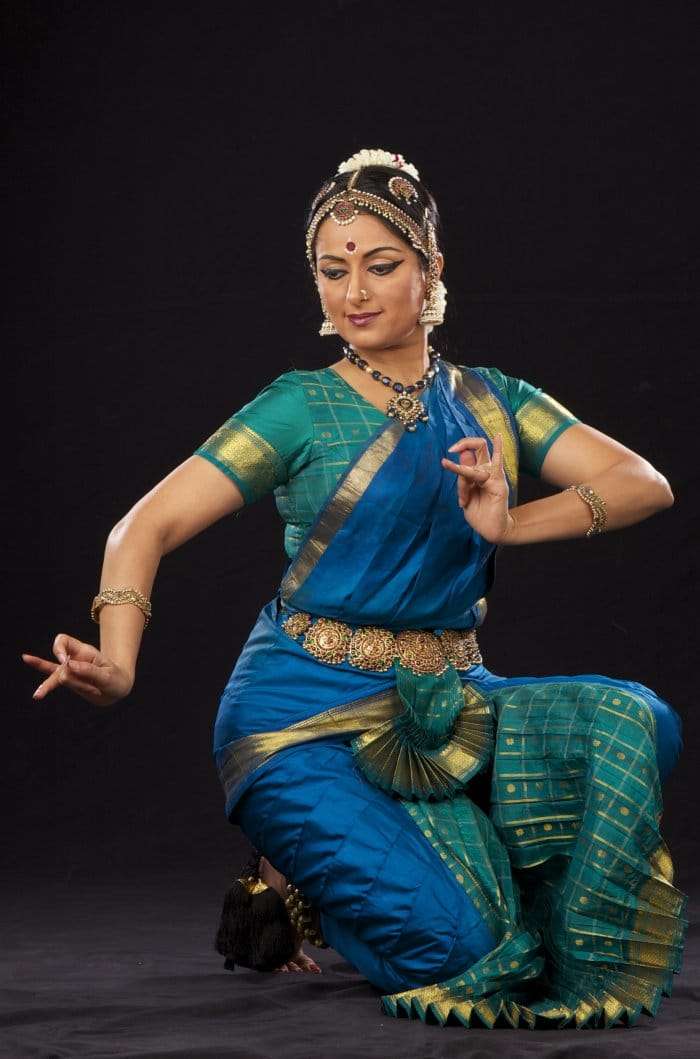 What would you be performing at Madhavi Dance Festival?

I will be performing Still I Rise. Still I Rise is a solo work incorporating Bharatanatyam and spoken word. Draupadi may have been saved by Krishna from public shaming, but beyond that her sense of self was constantly challenged. The dance-theatre piece interprets the pivotal episodes in her life seen from a first person perspective, using take off points in mythology to transcend into the imaginary, to build a bridge between myth and life.