Too small a canvas? Have an entire wall!

Ever thought of painting your creativity and spraying the lashes of wild dreams on a bigger frame, inbuilt with innovation? Some of us did, and expanded their stream of boundaries. When they couldn’t bear the limited ceiling of their dreams, they burst out of the hive like bees with little wings, spread upon the fur of possibilities; that they are ready for. Some people did, and those few increased rapidly to a bunch to a community to a bunch of communities and went on till the time, the world realized their talent and gave them more opportunities. In the sense and in a way, construction of every wall, in an open area that is seen by a number of people every day or is at a height or a platform to make it visible, and is totally blank is an opportunity for artists like these. 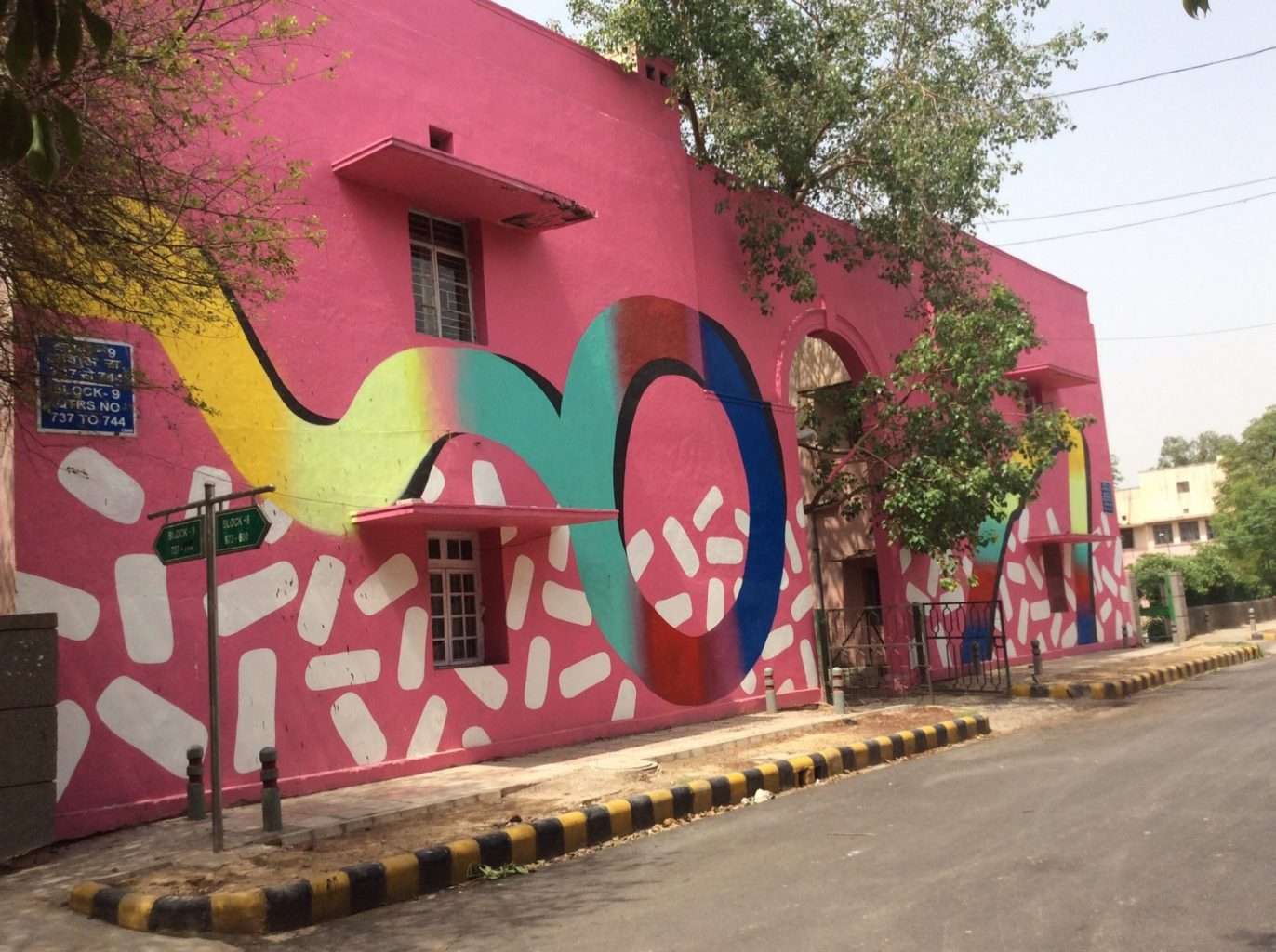 They follow the pattern and paint the wall in their way. Some think of using these walls as hoarding made of bricks to convey their messages to the society in a creative and simple way, not too abstract and some of them, point their fingers at the government or the system or the leader in a sarcastic way and act as an ‘eye-opener’ to the people, who feel the same way. Some doodle up their kittens on the wall like Anpu Varkey, India, and some of them use their personal techniques like Banksy and send messages out to the world, out loud. 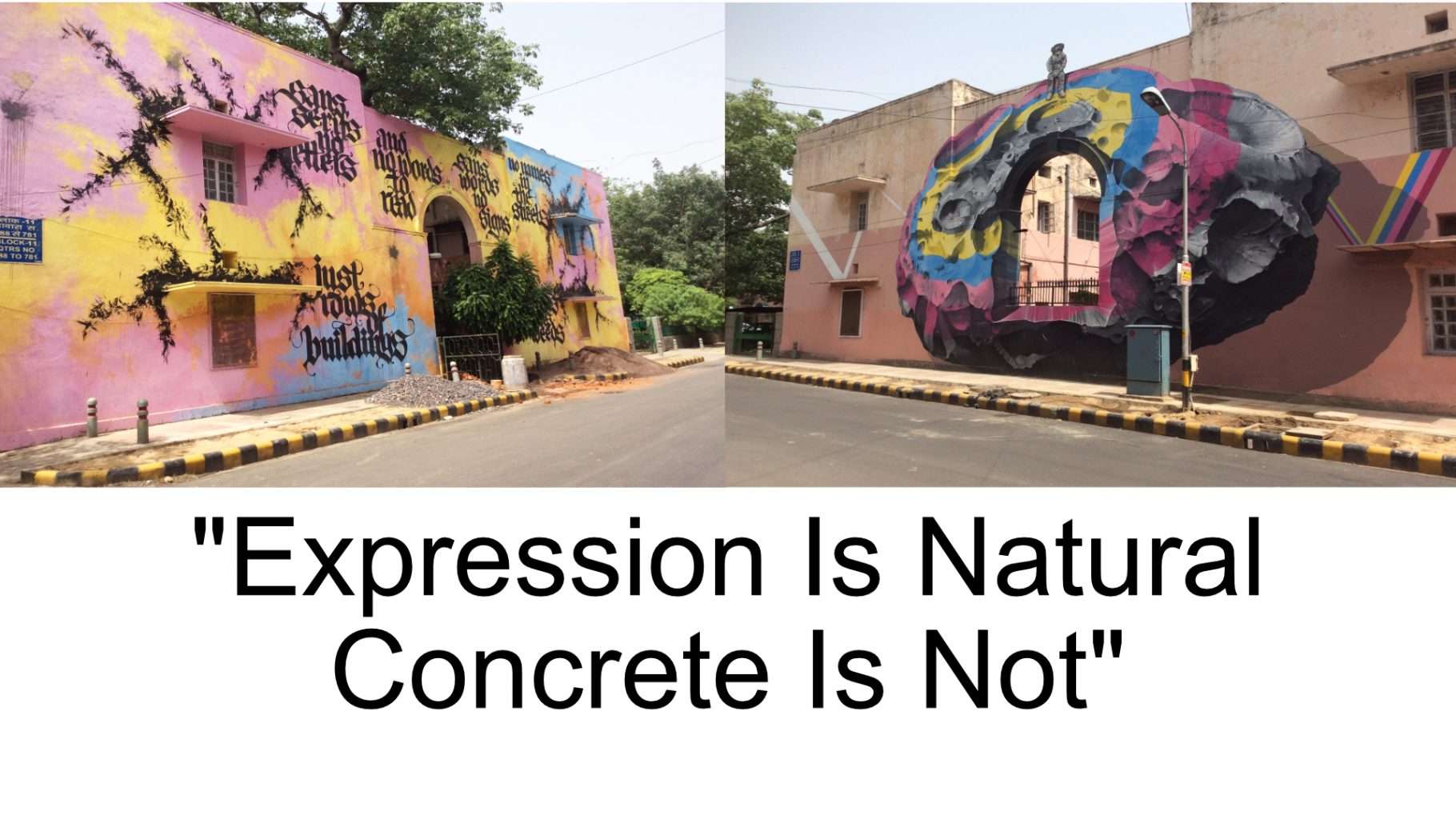 With its vibrant art scene-galleries abuzz with art lovers, the city being a home to art brigade, for the aspiring lot-Delhi certainly deserves the art capital tag. How about bringing art to such enthusiasts, if not necessarily the other way round? Public art or the ‘art for all’ is the way out. 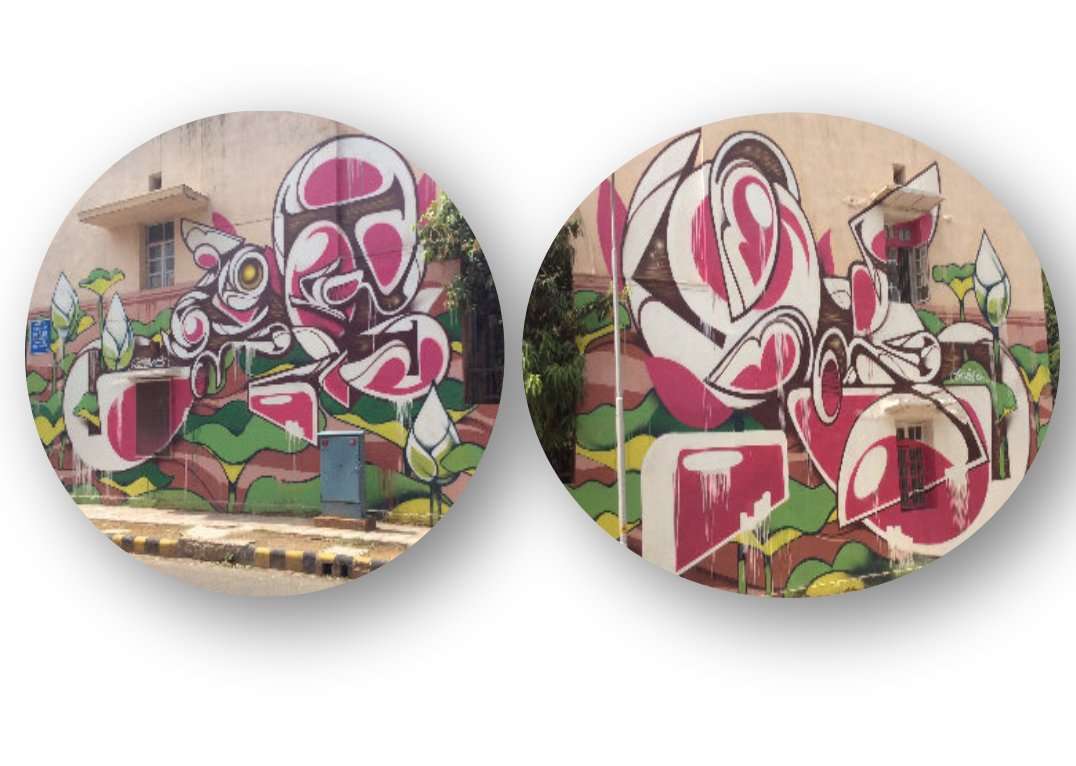 As part of its  ‘ The Habitat Initiative: Art in Public Spaces’, India Habitat Centre in collaboration with the Delhi Metro Rail Corporation will give visual retreat to Metro commuters.

This post highlights cities in India but artists on every continent, have their own techniques to paint the town red! These techniques are not the technicalities, but a way which an artist feels comfortable with and carries on for a long time as a trademark. Upcoming style of art, still looking out for their recognition, artists from around the country or the entire world, are painting their works on hall and rather than just putting up frames of closed shape of artworks. Not just the walls in an open space, but the walls which are inside a building or the metro stations in Delhi itself or an abandon building in the city, they are covering everything and giving a whole new view to the art. Following are some of the famous street artworks, in India. Have a look: 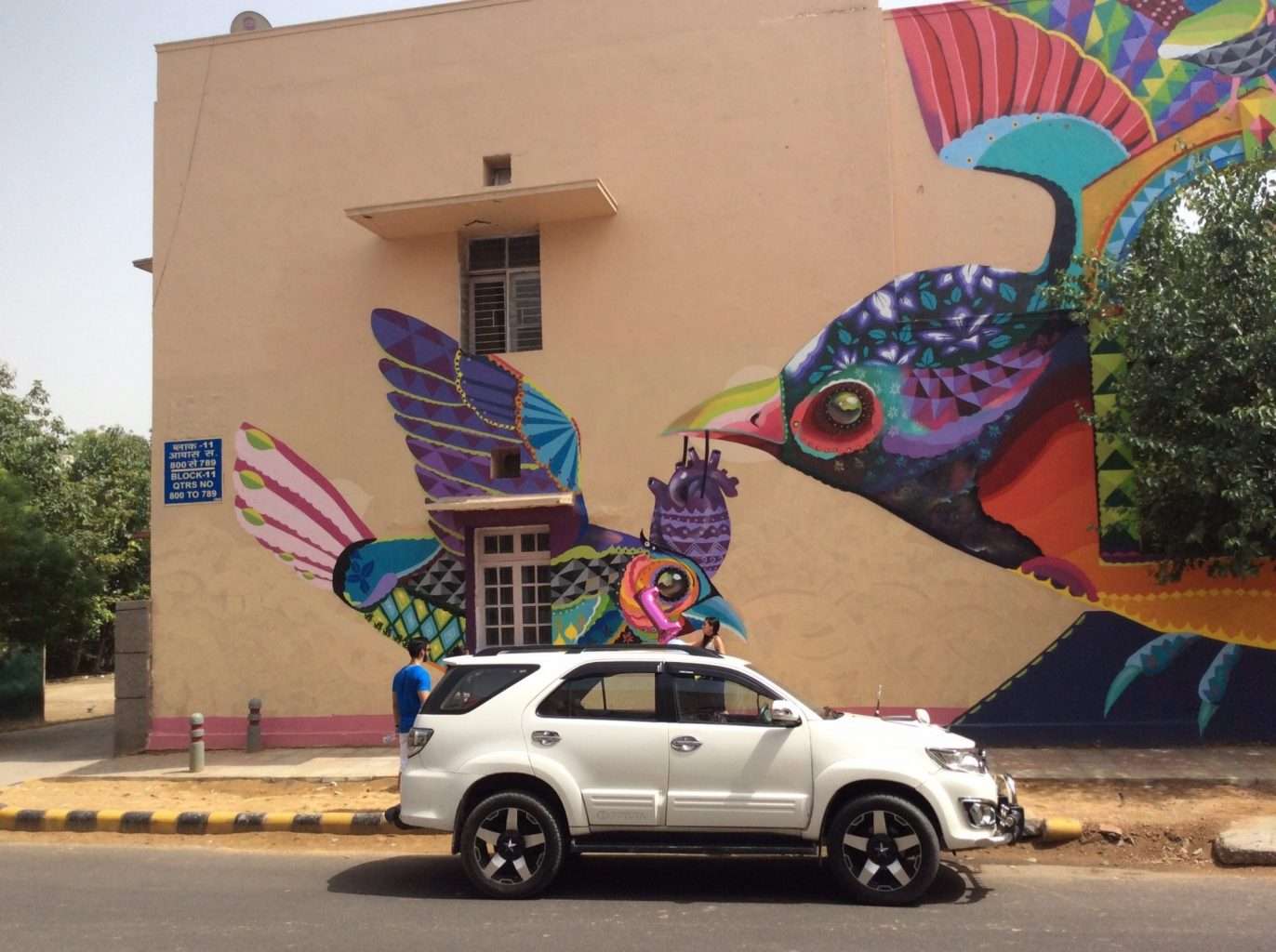 Art has the potential to create a positive impact on a city and its residents, while also paving the way towards making people more conscious about their environment.” Is it an upcoming art in India now? Is the existence of this art, a new form of art story?

Apparently, there is a community on the national platform that includes artists from India and other countries, to come together and paint the bricks, with colors of their enthusiasm and innovation. Inspired by the canvas itself, their boundaries expanded to the extremes of the buildings and when experimented with, they looked beautiful and useful. They celebrate their art in the form of a festival, around the city and invite artists from around the world to cherish their ideas on the useless red baked bricks. 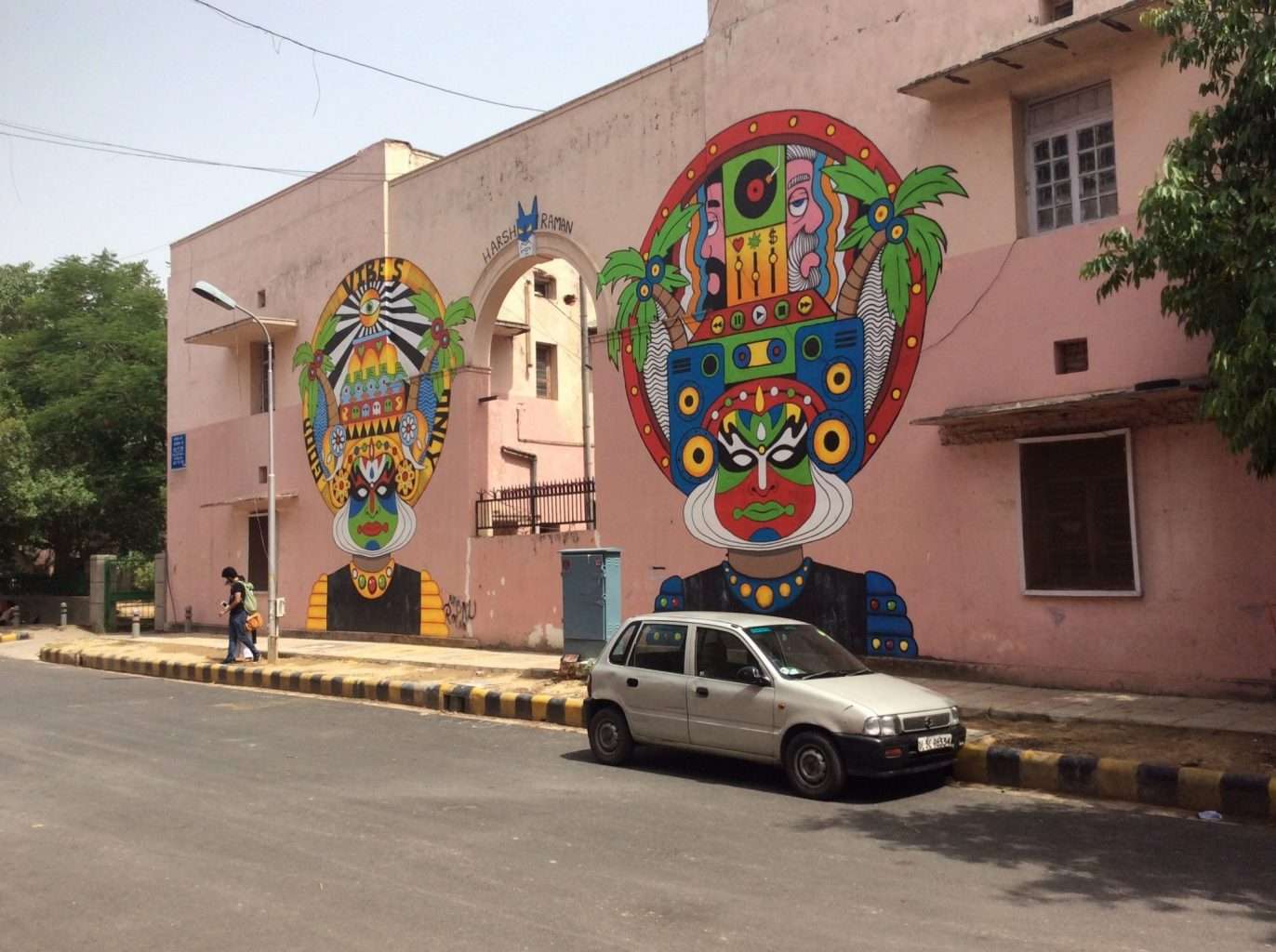 The St+Art India foundation, a non-profit organization working on art projects in public spaces to make art accessible to a wider audience, is hosting the amazing St+Art Festival in Delhi. Delhi Artists like Daku, Anpu Varkey, Harsh Raman, were a part of this festival as well. This festival is a collaborative platform for street artists from India and around the world. It works on the idea of ‘Art for Everyone’ with the primary objective of making art accessible for wider audiences while having a positive impact on society. The two month long urban arts festival will change the visual landscape of the city with art interventions in public spaces through murals, installations, performances, workshops, talks and screenings. 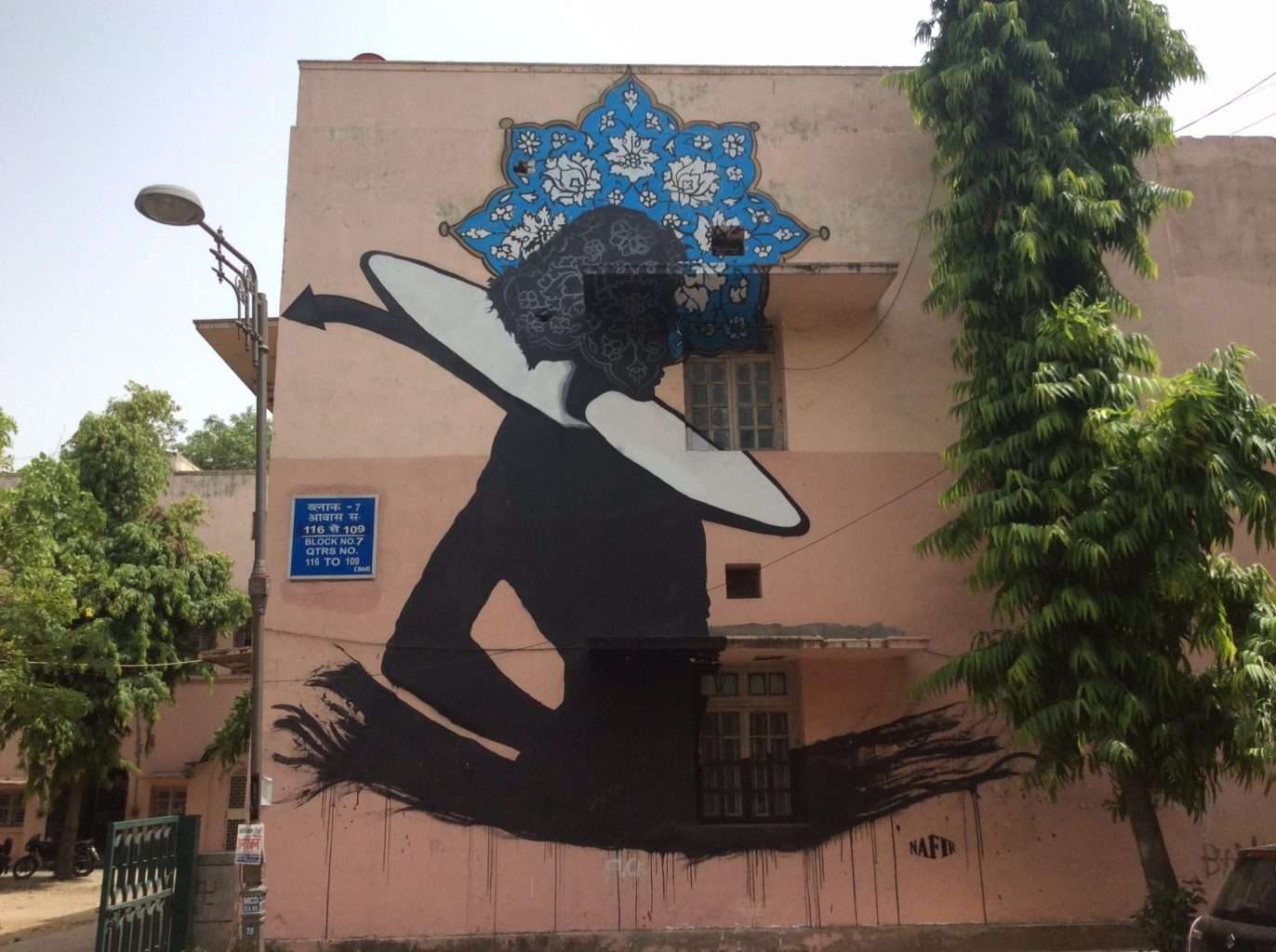 Through the creation of India’s first public art district, we hope to work with the government on more projects to create a sustainable approach towards the Swachh Bharat Mission,” Arjun Bahl, co-founder and festival director of St+Art India told Business Insider.