It won’t be an exaggeration to say that Goa’s capital Panaji is a poor cousin of north and south Goa. She is almost nowhere on the radar of globe-trotting millennials who love the flamboyance, buzzing nightlife that north Goa offers. The coastal line of the south is for mature, sombre travellers who want to ensure the Zen of their lives remains undisturbed. The capital city is more for first-time visitors who want to see the breath-taking view of the deep sea from the famed Dona Paula’s view point. And then there are those inviting and tempting casinos on the river Mandovi that offer a different world within. Apart from a few more sight-seeing landmarks, the capital city is often not the places to be in when in Goa. We too had often missed the charm of the Goan capital until we acquainted ourselves with the city while covering Serendipity Arts Festival 2018. 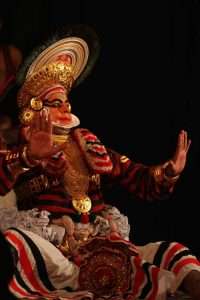 The multiple venues of Serendipity Arts Festival introduce a visitor to the historical buildings and cultural institutions of the city that are within the 2-kilometre vicinity, inviting visitors to take a walk in the balmy weather of December. They all are lined-up on a lane, which is actually the main road where the main government offices are, including a post office. So, under the leafy, green trees that dot the entire stretch, a person can walk along the Mandovi River and conveniently hop from one venue to another. Of course, you need to ditch your stilettos!
Also, since the Festival is multidisciplinary, one doesn’t get bored by a universal theme. One can indulge in a bit of everything and choose performances/acts/workshops based on personal likings and preferences. There is so much to do in the seven days. The programming is spread in such a way that there isn’t much clash, so you can pick and choose, which gives freedom to a visitor. Also, since there are multiple curators, each one brings in his/her ideology or perspective to their respective sections. One can completely immerse herself in the seven days of engagement with performing, visual and culinary arts.

Panaji doesn’t have a happening nightlife like north Goa. It could be a devastating experience for the lovers of coffee like us to know that its best coffee shop Blue Tokai Coffee shuts shop by 7 pm. Though one can gorge on delicious seafood at Ritz, one of the oldest and happening family restaurants, till late at night, the feeling of ‘Goa’ could be missed. The streets of the main market wear a deserted look at 1o pm. Yet, the issue of women’s safety doesn’t bother much, but one finds herself surrounded by friendly locals and families, who are happy to assist you. Perhaps, this is the first time when one observes the local culture and people.

The capital is truly a cosmopolitan city. It just doesn’t have foreign visitors but is home to people of several nationalities. Even affluent Indians have made the coastal city their permanent home because of its slow pace of life and green environment. We even met a family from Delhi who had moved to the city for a better life. For them attending Serendipity Arts Festival was an exhilarating experience as it had transformed the venues from being mere buildings to places of experience. 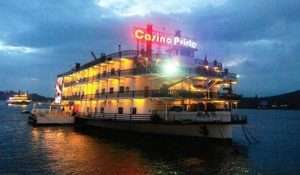 Panaji boasts of a big local market where one can find everything under the sun. The market is spread across a huge structure which is always bustling with the cacophony of voices. Then on Sunday, an entire lane is transformed into the fish market. The colourful houses a little ahead of the main market make for a perfect background for the perfect selfies. A mix of Portuguese and Goan-style houses are painted in vibrant hues that make the walk a happy experience.

And then there are parks. There is one on the main lane which is quite spacious and also offers a view of the point where the river meets the sea, which is known as anestuary. Though one really doesn’t know where the two marry, but while sitting under the shade of the trees along the edges of the river, one can contemplate about life. And if you are attending Serendipity Arts Festival next year, you might enjoy a steamy session of coffee too as Art Park was one of the venues of the festival where we picked a coffee from the food stall. That experience was pure bliss!